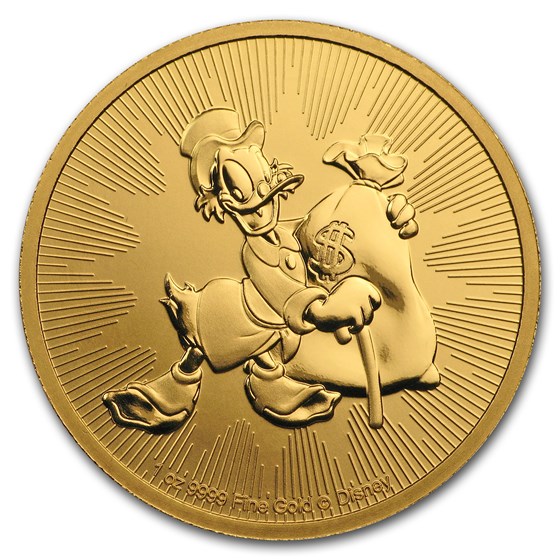 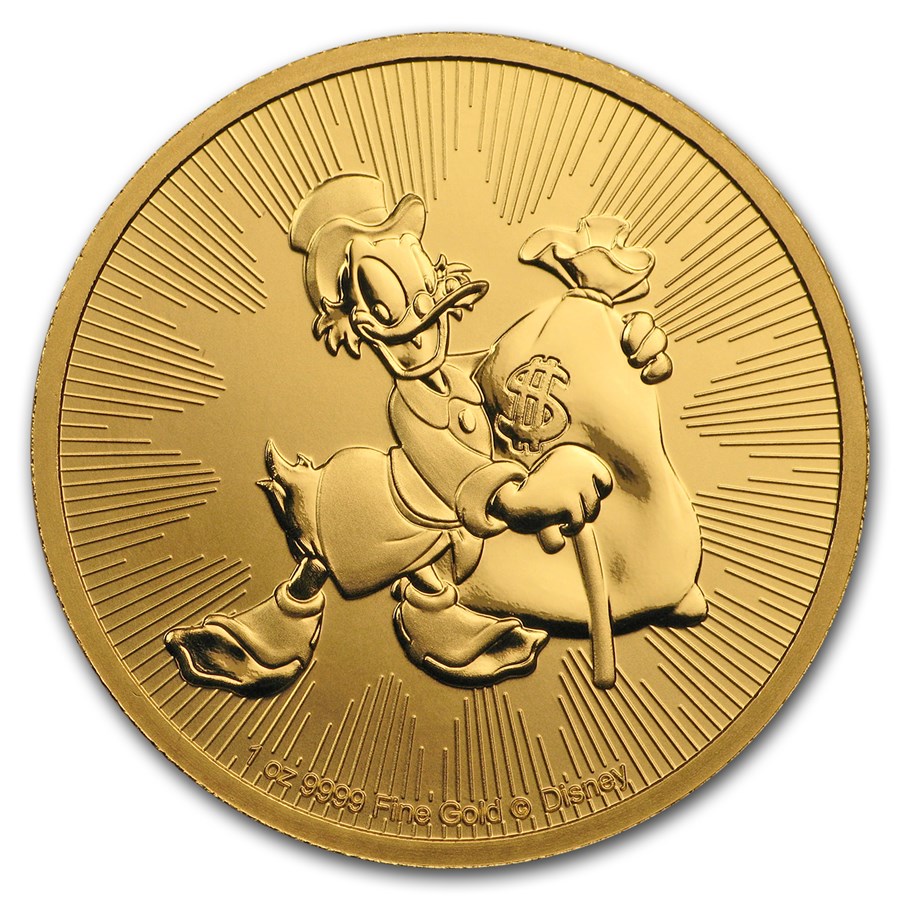 Coin Highlights:
Scrooge McDuck is a popular Disney character, and fitting for being featured on a Gold coin with a bag of money. Add this 1 oz Gold coin to your cart today!

SCROOGE MCDUCK:
Scrooge McDuck was created in 1947 by Carl Barks during his time with the Walt Disney Company. Scrooge is Donald Duck's uncle, and a wealthy business tycoon. He was first characterized as a greedy character, but later was featured as a more charitable and humble philanthropist. Later, he was given his own comic book series, called "Uncle Scrooge", due to his popularity.
With a limited mintage of only 25,000 Gold coins in the world, the 2018 Gold Disney Scrooge coin is ideal for Gold coin collectors.

This is an iconic piece everyone should have for their collection. When you dive into your gold coins for a look you’ll smile every time you come across your scrooge mcduck coin. Very neat. I’m glad to own one.

It's Scrooge McDuck! That says it all.

Got the Steamboat Willie last year, so I had to get Scrooge. Already looking forward to next years design! Very nice coin!