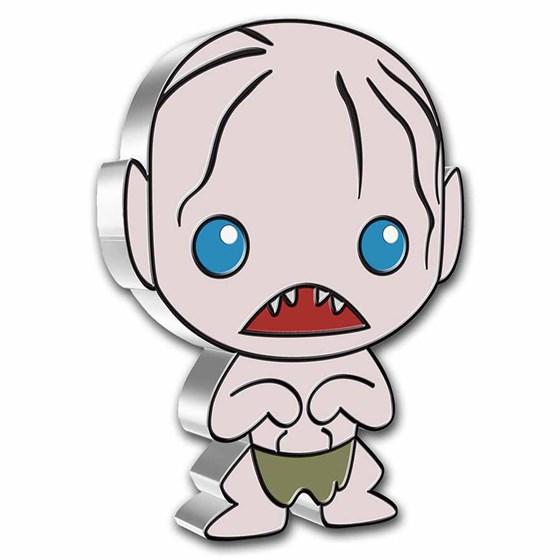 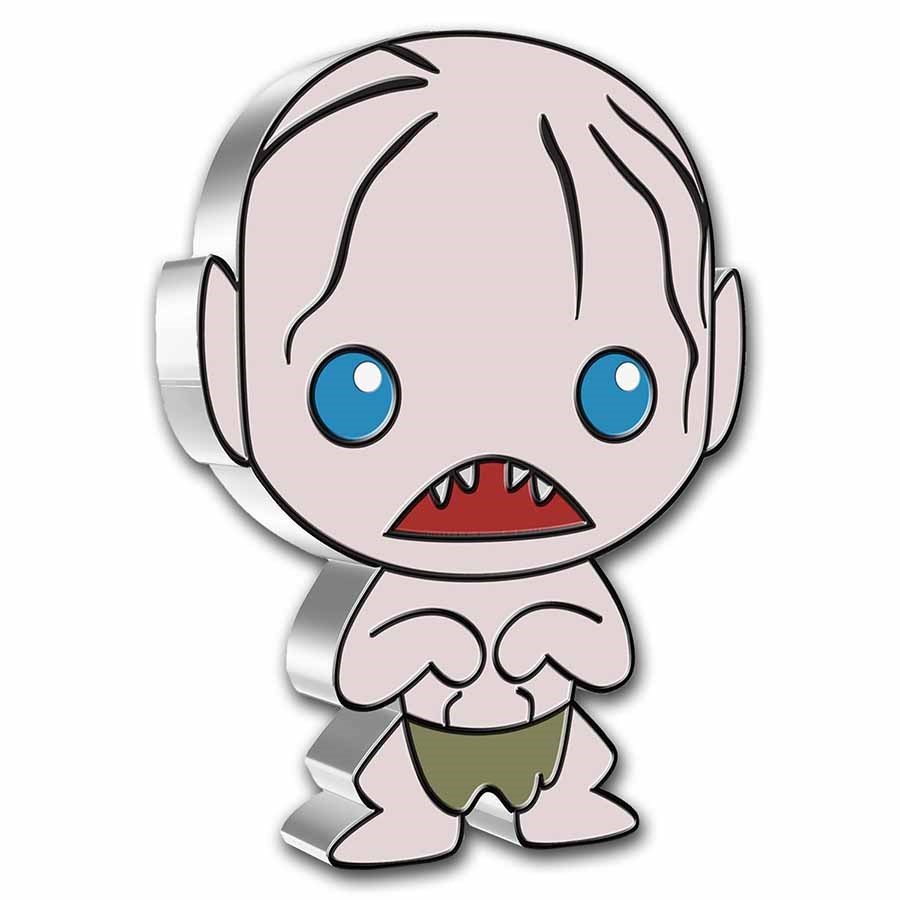 Product Details
Product Details
Formerly a hobbit known as Smeagol, the tormented creature Gollum now hunts for his "precious" and pursues Frodo and Sam on their journey to destroy the ring of power. Gollum is the fifth coin in the Lord of the Rings Chibi Coin Series.

Add this 1 oz Silver chibi coin to your cart today!