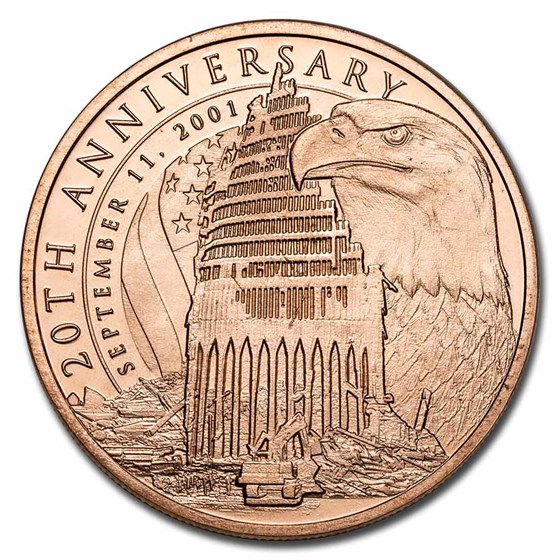 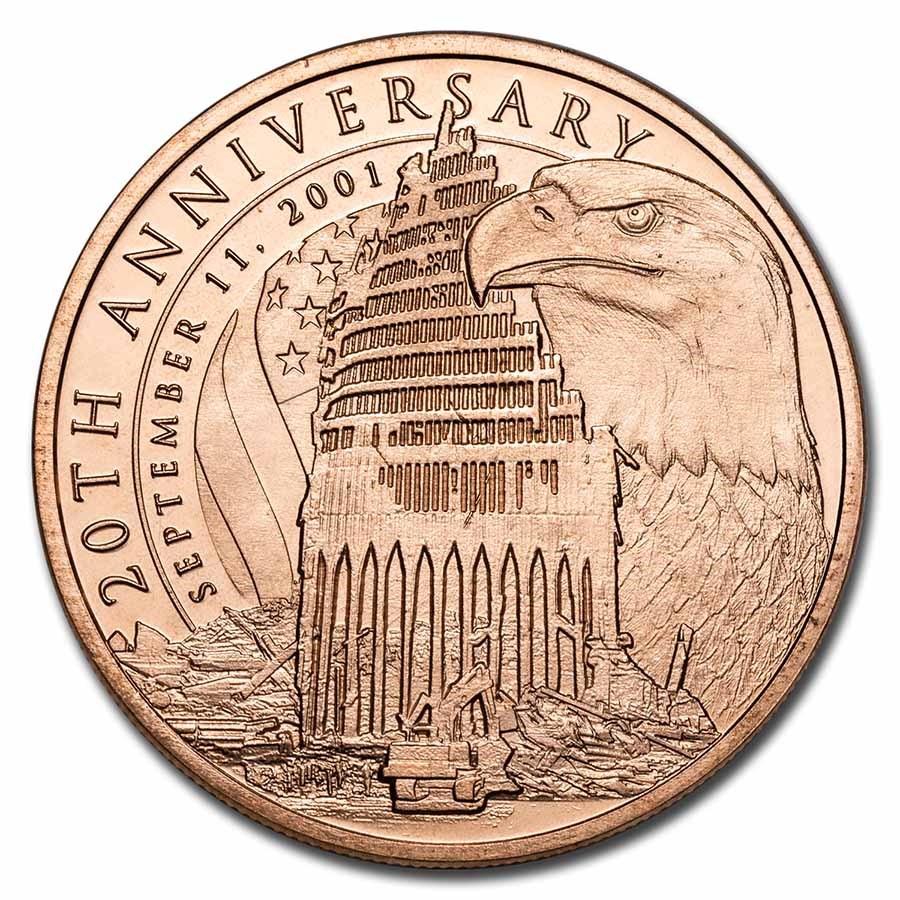 Product Details
Product Details
As low as $1.99 per round
These 1 oz AVDP Copper rounds commemorate the 20th anniversary of September 11, 2001. The deadliest act of terrorism in U.S. history. The rounds are a beautiful way to honor those lost that fateful day.

Protect and display your Copper round in style by adding an attractive Direct Fit Capsule which is recommended for this beautiful round.

Always remember those who sacrificed their lives with this commemorative 1 oz Copper round. Add this 1 oz Copper Round to your order today.

September 11, 2001:
9/11 is day in which no one will ever forget. On this tragic day, four coordinated terrorist attacks were carried out by al-Qaeda, an Islamist extremist group. A total of nineteen al-Qaeda terrorist hijacked four commercial airplanes, and deliberately crashing two of the planes into the World Trade Center also known as the Twin Towers. The outcome of this terrorist attack caused both buildings to eventually collapse due to the damage. The third plane was crashed into the Pentagon in Arlington, Virgina. The fourth plane, Flight 93 was crashed into an empty field where passengers bravely fought back, quite possibly saving countless lives.

Nice luster, detailing kind of cluttered. I think they could have done better with the design.