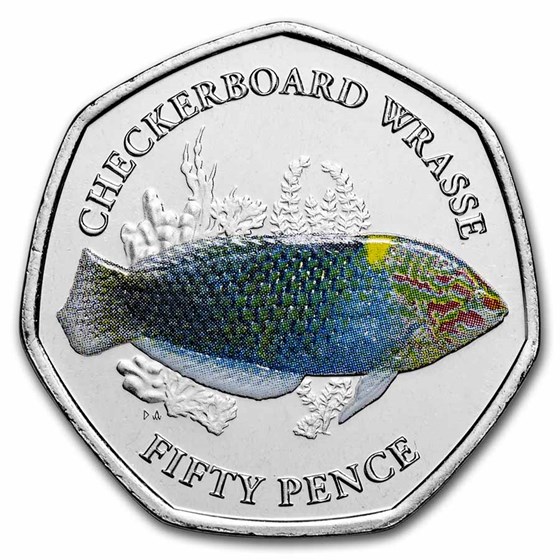 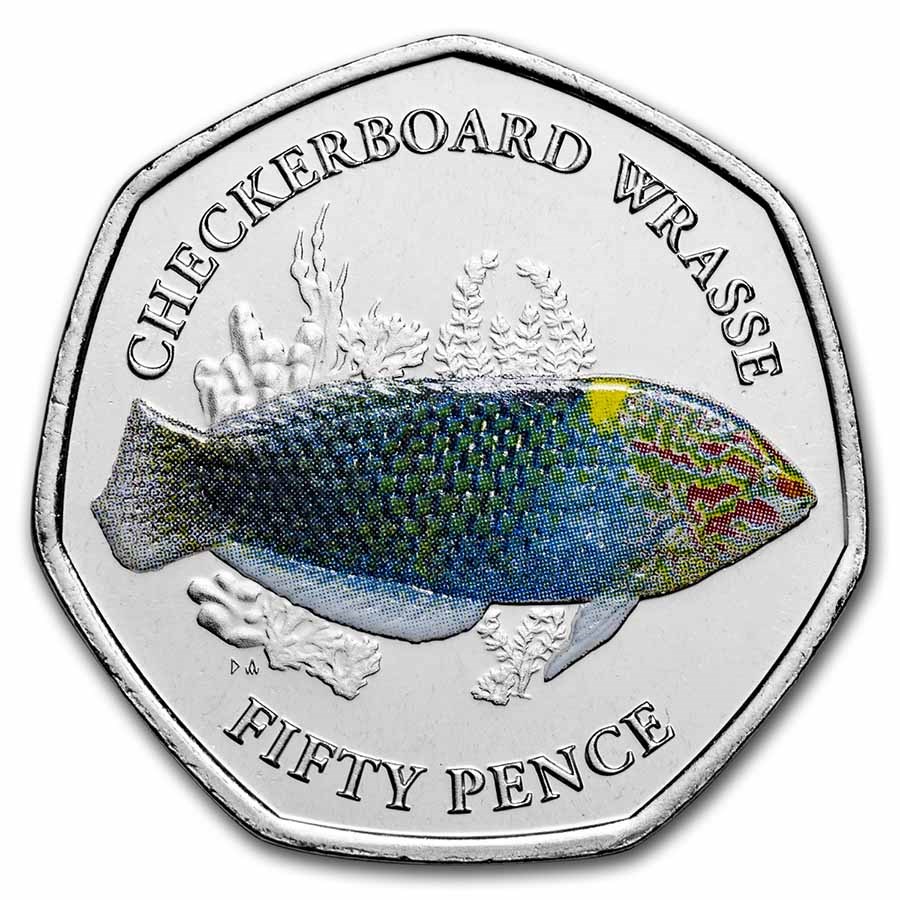 Protect your investment by adding these dehumidifier crystals to your order.

This coin is a fantastic addition to any numismatic collection. Add this 2021 BIOT Cupro-Nickel 50 Pence Sea Creatures Checkerboard Fish coin to your cart today!

Pobjoy Mint
Pobjoy Mint is a privately held company in Surrey, England that was founded in 1965 by Derek Pobjoy. Today, it continues to be a family run business and a leader in the manufacturer of legal tender coins for British Overseas Territories. As a private mint, they also produce medals, medallions, official regalia (royal crowns and scepters), tokens, and a wide range of numismatic coins. Pobjoy is also known for developing the first man-made Precious Metal called Virenium®. Additionally, Pobjoy is the only mint in the world that has perfected the manufacturing of colored Titanium coinage.