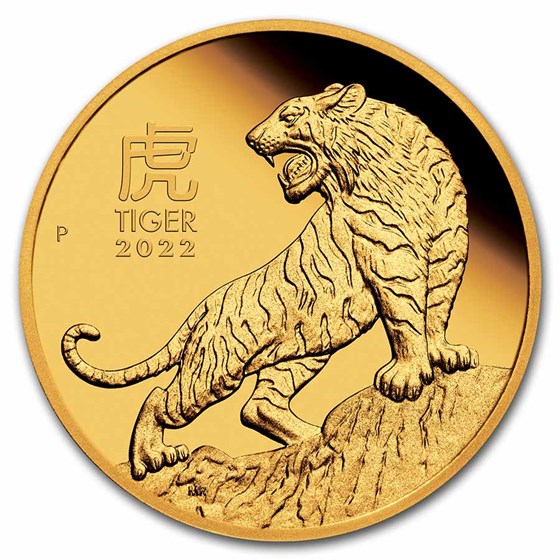 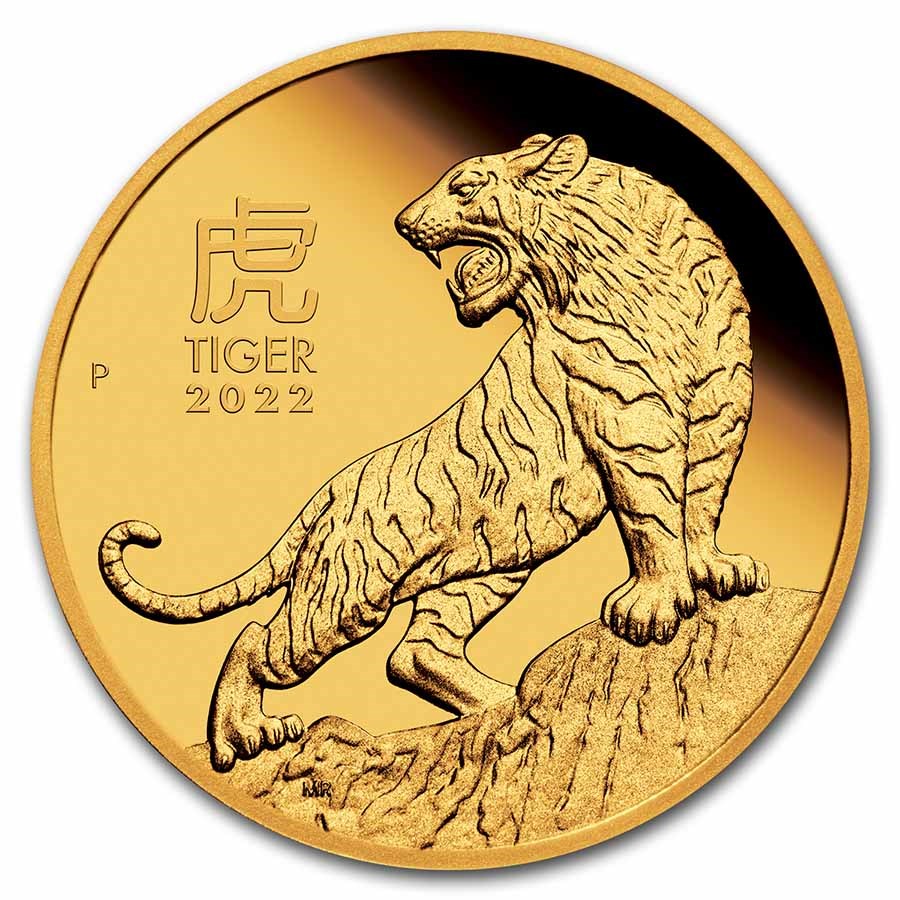 Your purchase is guaranteed to match the quality of the product shown. It will not be this exact item.
Product Details
Product Details
These magnificent 1/4 oz Proof Gold coins celebrate 2022 as the Year of the Tiger and boast a limited mintage of only 5,000 coins!

Continue your Lunar Series 3 collection today by adding this stunning Gold Proof Year of the Tiger Coin to your cart today!

When arrayed together, the shipper boxes on all future Lunar Series III Proof Gold releases will form a diorama depicting the ancient myth of The Great Race, which explains how the zodiac calendar came into being.

The reverse design of Perth Lunar Series 3 coins change each year based on the Chinese lunar calendar, and the 2022 reverse celebrates the Year of the Tiger. Those born under the sign of the Chinese lunar Tiger in 2022, 2010, 1998, 1986, 1974, and every 12th preceding year are said to be natural leaders, blessed with courage, charm, and confidence. Tigers are seen as guardians of children in Chinese culture, and are a symbol of bravery.

The Perth Mint Lunar Series
Known for their quality and collectibility, the Perth Mint Lunar series is a cornerstone of many Precious Metals portfolios. The original Lunar bullion series, these coins (beginning with the Series I launch in 1996) have become some of the most widely collected around the globe, as demand originated in Asia but spread to Europe and America as investors became exposed to the design and quality. In addition to the annual design change, many investors love that the coins' select mintage limits create the potential for even greater investment return in the form of a numismatic premium appreciation.