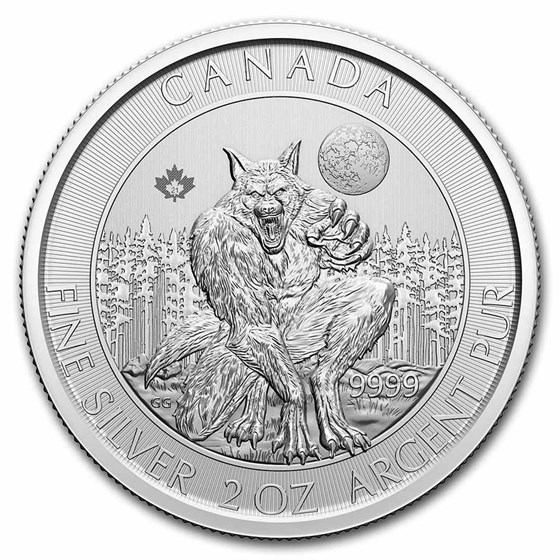 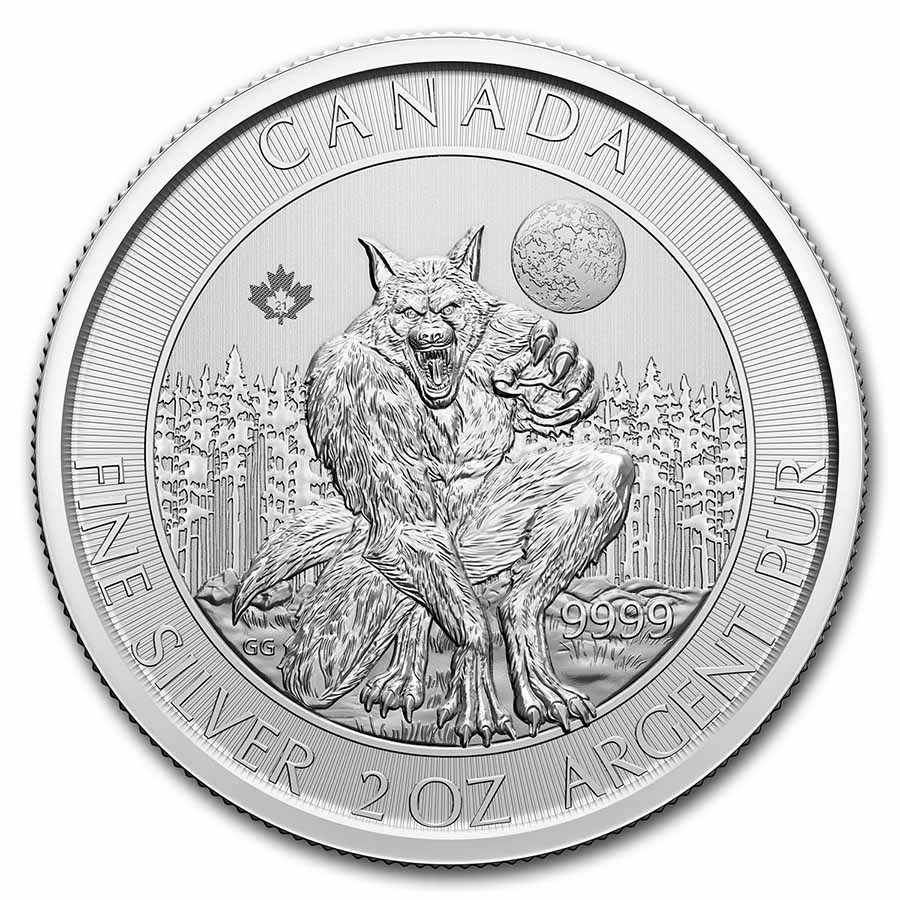 Product Details
Product Details
As low as $6.39 per oz over spot
The Royal Canadian Mint masterly crafted a series that brings the mysterious mythical creatures of the north to life. The exceptional relief of this stunning 2 oz Silver coin portrays the terrifying werewolf.

The Creatures of the North series continues! Collect them all. Add this 2 oz Silver werewolf coin to your cart today!

Beware the full moon! Tales of strange creatures in the night have always haunted our imaginations, and in the province of Quebec, the loup-garou is one of the most famous legends of all. Werewolf sightings may date back to the age of New France, but in July 1767, an article in the Gazette de Québec cautioned the public to be on the lookout for a loup-garou in the guise of a beggar. Either the creature or its legend was brought to these shores by settlers from France, where, several decades before, a werewolf “epidemic” had resulted in witch trials and executions. And a few years prior to Quebec’s famous loup-garou sighting, hundreds of deaths in southern France were attributed to the Beast of Gévaudan, prompting King Louis XV to place a bounty on the werewolf’s head.

Is this shape-shifting creature cursed? The story changes depending on the raconteur. But the loup-garou isn’t limited to the province of Quebec: Acadians brought the legend with them when they re-settled in Louisiana, where the Rougarou is said to prowl the bayous and frighten misbehaving kids.

Looks very nice and interesting. The only bad thing is that it was sent out with a small scratch on it, but still collectible.

I've been a Werewolf Fanatic since I was a very young fellow. The coin has fantastic artwork and the 2 ounces feels great in the hand. I'd recommend for Bullion Investors and Werewolf enthusiasts alike.

MANY details --- another great buy

2 ouncers and 1/2 ouncers often jump at me this one looked amazing when in hand, great details

Great coin for anyone who loves Halloween and Werewolves. The fact that it's 2 ounces makes it stand out and the design is awesome!

Silver Creatures of the North

This is a Canadian series that comes out every 2 years. The next issue will be out in 2023. They are hard to find. The design is intricate. If you are into classic horror, definitely get this coin before it sells out.

Beautiful addition to the series, Mahalo. Royal Canadian Mint is the Best.