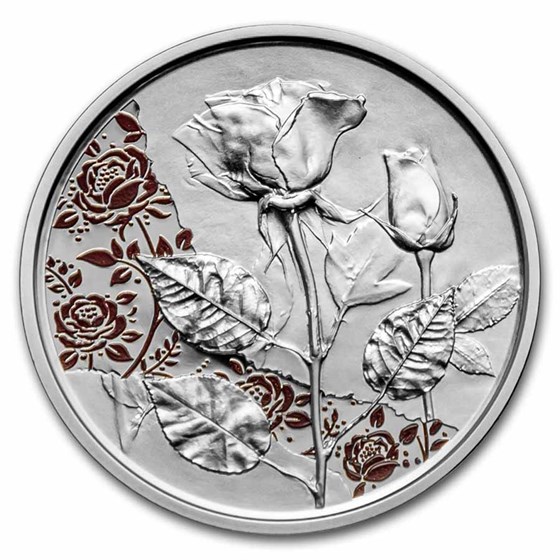 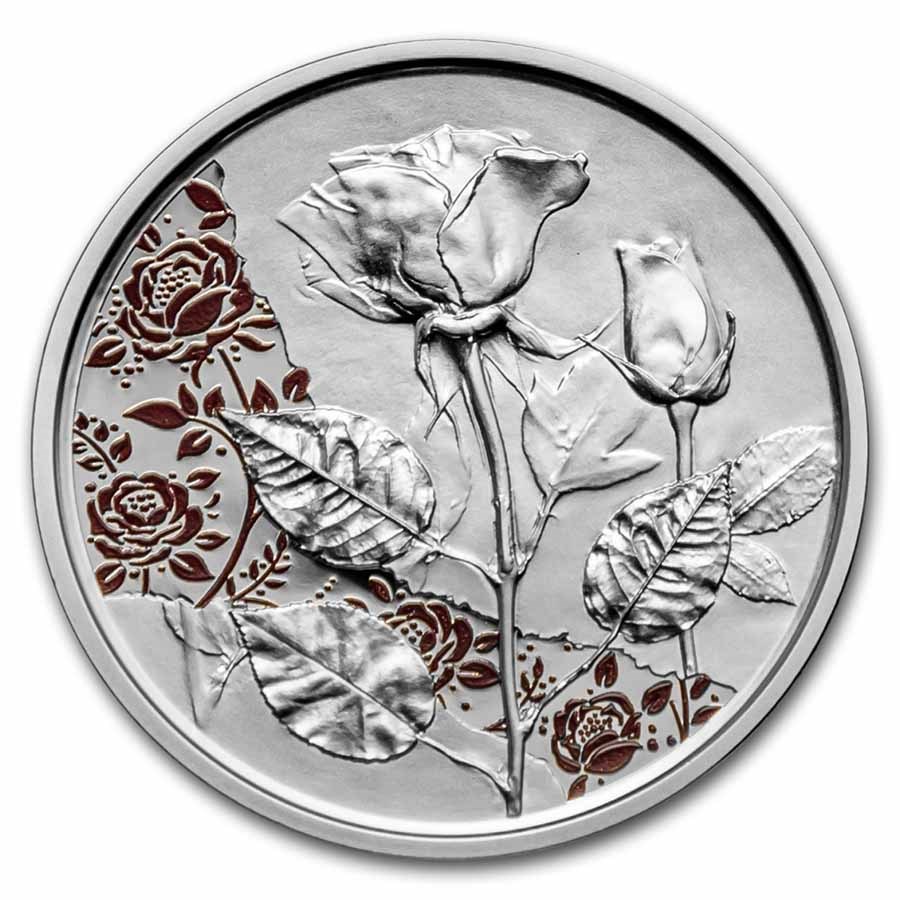 Coin Highlights:
This coin is a fantastic addition to anyone whose love language is flowers. Add this 2021 Austria Silver €10 Language of Flowers Rose Proof coin to your cart today!

In all major religions, flowers are linked to the miracle of love, which has led to their main symbolic meanings. With its exceptionally beautiful petals, intoxicating scent and the delicacy of its unfurling blooms, which suggest lips parting for a kiss, sensuality and fertility, the rose has indeed been an important symbol of love in its many forms for centuries.

One of my new favorite coins in my collection. Beautiful details and just enough color to make it pop.