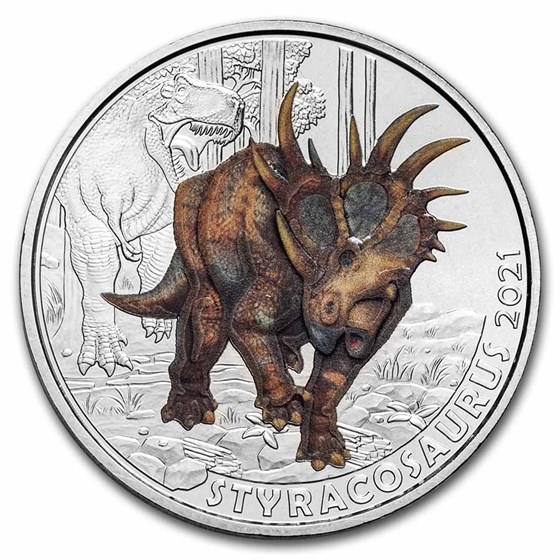 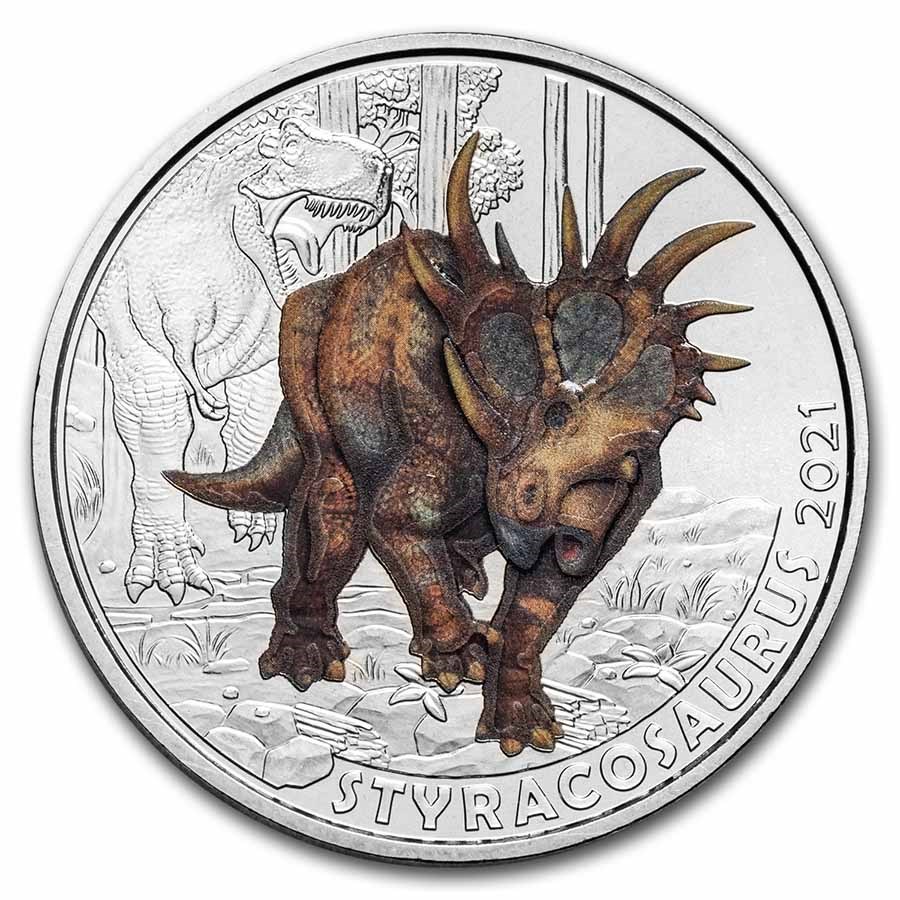 Product Details
Product Details
Behold the bright and colorful Supersaurs series from the Austrian Mint. This series brings prehistoric giants back to life in the shape of 12 superb glow-in-the-dark coins.

In the case of some horned dinosaurs, horns certainly served as defense in the event of attack, although the neck frill would have been punctured quickly in combat. Bite marks of a Tyrannosaurus Rex have been found on the frill of a Triceratops, for example. Another possibility is that males with bigger, more elaborate and more visible headgear had a better chance of intimidating their rivals in the herd and attracting available females during the mating season. The frills may also have been decorated with eye-catching patterns and bright colors, which could have served as a distinguishing feature or helped establish the hierarchy within the herd. They may also have even served to impress their enemies to the extent that they would not even consider attacking Styracosaurus in the first place.


Austrian Mint Commemorative Coins
APMEX is proud to offer products from the Munze Österreich, or Austrian Mint. With more than 800 years of coin-production experience, the Austrian Mint in Vienna has become world-renowned for coin production and Precious Metals processing. As a subsidiary of the Austrian Central Bank, the Austrian Mint's foremost task is to produce all of the circulating euro coinage for Austria. But the mint also strikes an impressive range of collector coins and medal, along with producing some of the world's best-selling bullion coins. In addition to the popular Philharmonic coins, the Austrian Mint produces many beautiful commemorative coins to honor people, places and events of its history. More than 400 million coins are produced at the Austrian Mint each year.