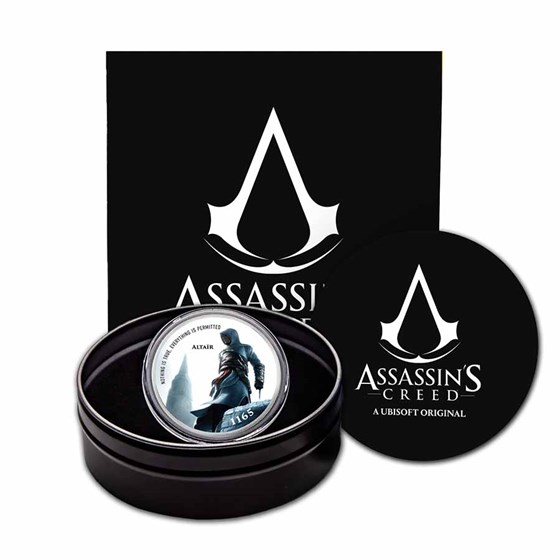 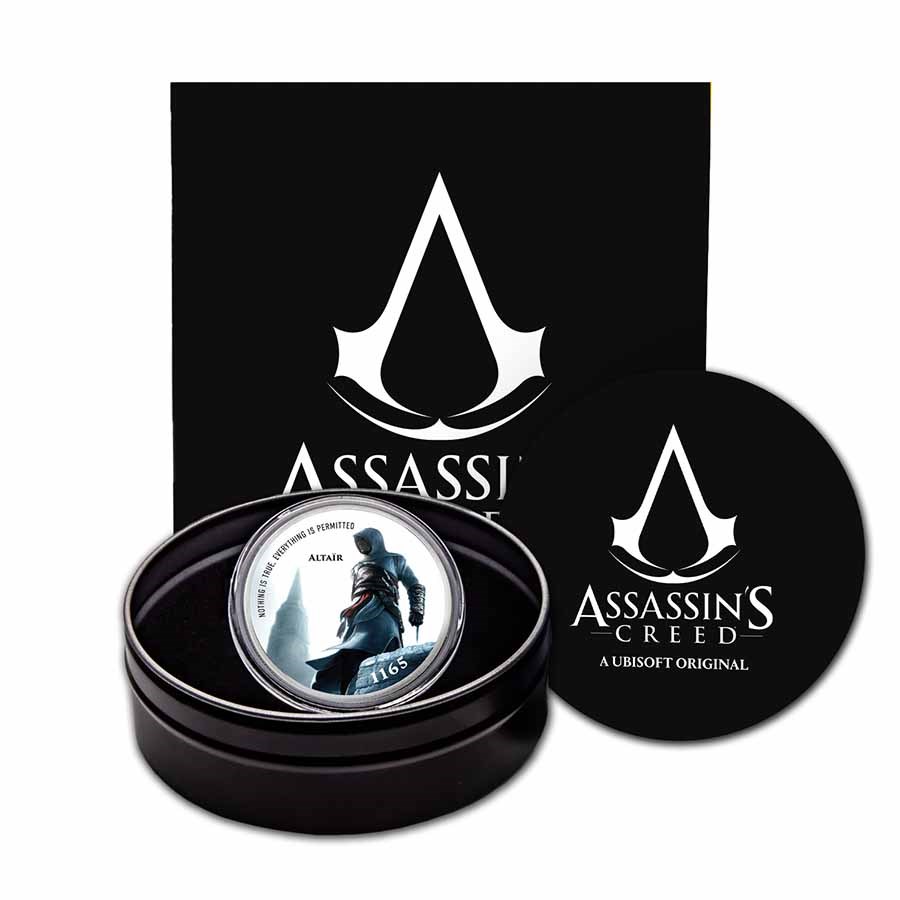 Assassin’s Creed® games have sold over 155 million copies around the globe and have more than 100 million unique players worldwide, making Assassin's Creed® one of the best-selling video game franchises today.

APMEX has teamed up with UBISOFT® to create an officially licensed line of bullion Assassin’s Creed® products to celebrate the series’ 15th anniversary. These rounds are bound to go fast, so add a 1 oz Silver Assassin’s Creed® round to your cart while you still can!

UBISOFT®
Five French brothers created the software company UBISOFT® in 1986 and soon began acquiring publishing deals with companies like Electronic Arts and LucasArts. Before long, they became the exclusive distributer in France and eventually the majority of Europe and the United States. Their 1995 video game, Rayman, was highly successful and became the best-selling Playstation game of all time in the United Kingdom. The game’s success launched the company into the mainstream culture and since then it has released numerous popular games, including The Prince of Persia, Rayman, Assassin's Creed, Far Cry, Tom Clancy and Just Dance. UBISOFT® has become one of the largest software companies in the world.

Assassin's Creed®
Assassin’s Creed® first came onto the scene in 2007 and it has since produced 12 main story installments and 17 spin-offs; the most recent game is Valhalla. The games are well known for their open-world environments that take place in historical settings, as well as for the stealth and parkour gameplay. The stories are generally based on the clash between the assassins as they fight to stop the Templars from abusing their power. The Assassin's Creed® series has sold more than 155 million copies in total, making it UBISOFT’s® best-selling game of all time.

Gameplay
The game is played with a third-person view in an open-world setting. Combat focuses on stealth abilities and the use of the famous Assassin weapon—the "Hidden Blade"—while players use parkour to quickly maneuver the world.