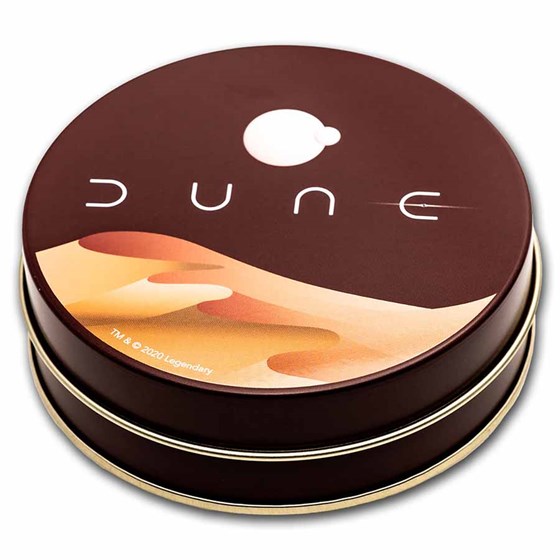 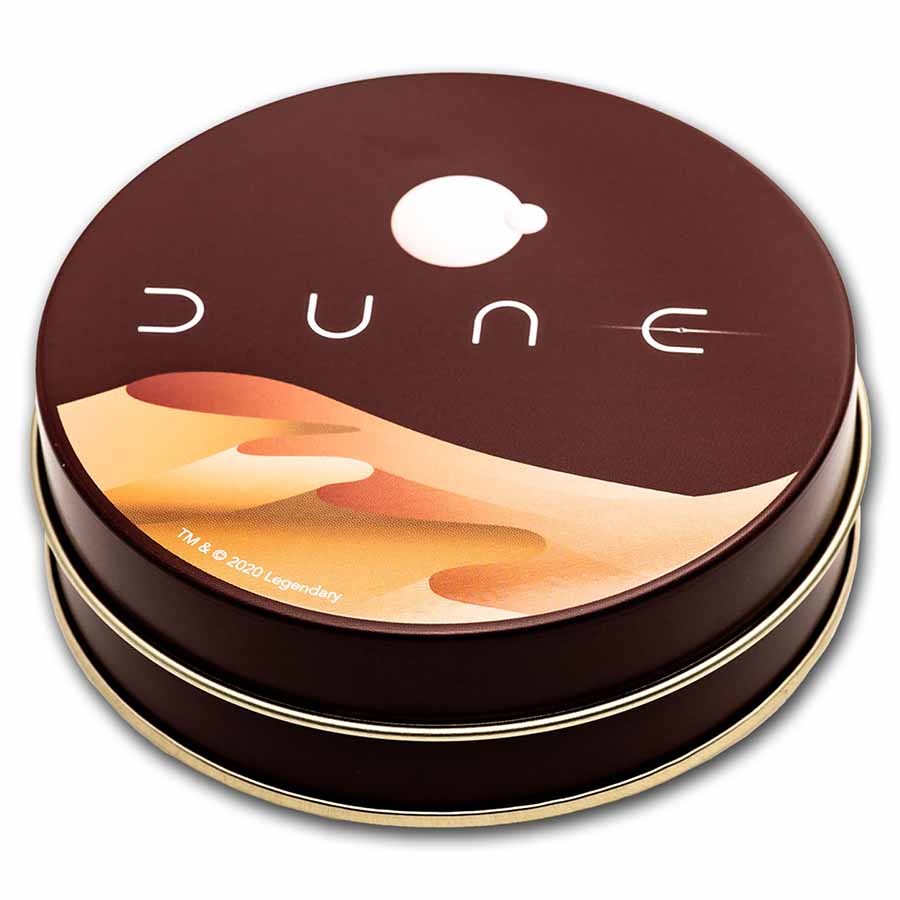 This gift box is ideal for displaying your Precious Metals product or for giving as a gift. Add this DUNE® Gift Box Tin to your cart today!

DUNE®
Based on Frank Herbert's original 1965, DUNE® takes place on Arrakis, a barren desert planet. Although most people on the planet struggle to get by, but their planet is also home to the most precious substance in the Known Universe: Spice Melange. This mysterious resource is mined and sold for large sums of money across the galaxy and enhances mental and physical ability. The story explores the planet's future as the Great Houses fight for who controls it.