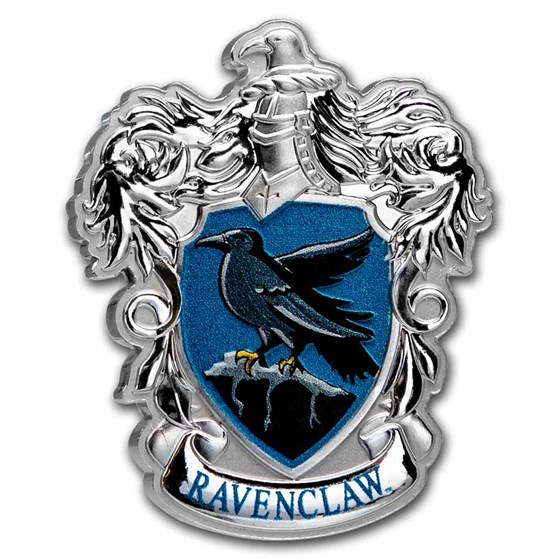 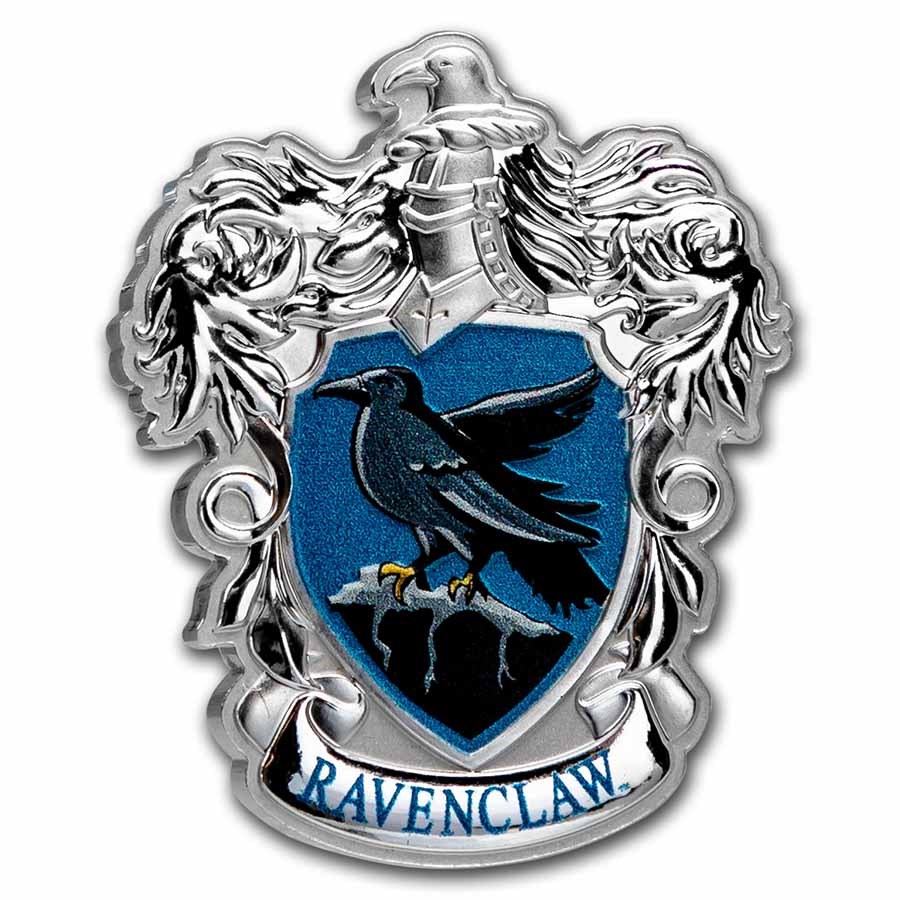 Product Details
Product Details
Perhaps best known for their studious academic and intellectual nature, Ravenclaw House is represented by a Raven on a branch within a field of blue. Now you can have this crest shaped in 1 oz of .999 fine pure Silver.

Be sure to grab this highly collectible coin immortalized in .999 fine Silver. Add this 1 oz Ravenclaw Crest Shaped coin to your cart today!

The Magical World of Harry Potter
The tale of The Boy Who Lived debuted in 1997 and has grown into a global phenomenon. Harry Potter is one of the best-selling book series in history and has been translated into 80 languages. Written by J. K. Rowling, Harry Potter is a series of seven novels and eight film adaptations. The story of wizards, witches and muggles has garnered a cult following of fans who have fallen in love with the memorable characters of the series. The golden trio consists of Harry Potter and his friends, Hermione Granger and Ron Weasley. The trio attends Hogwarts School of Witchcraft and Wizardry under the watchful eyes of several professors, including Albus Dumbledore, Minerva McGonagall and Severus Snape.