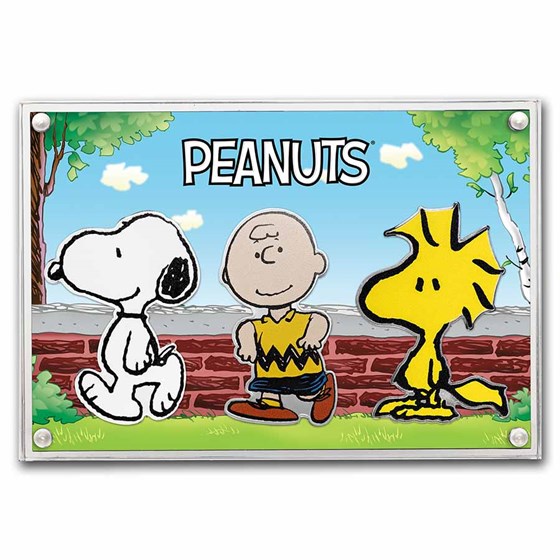 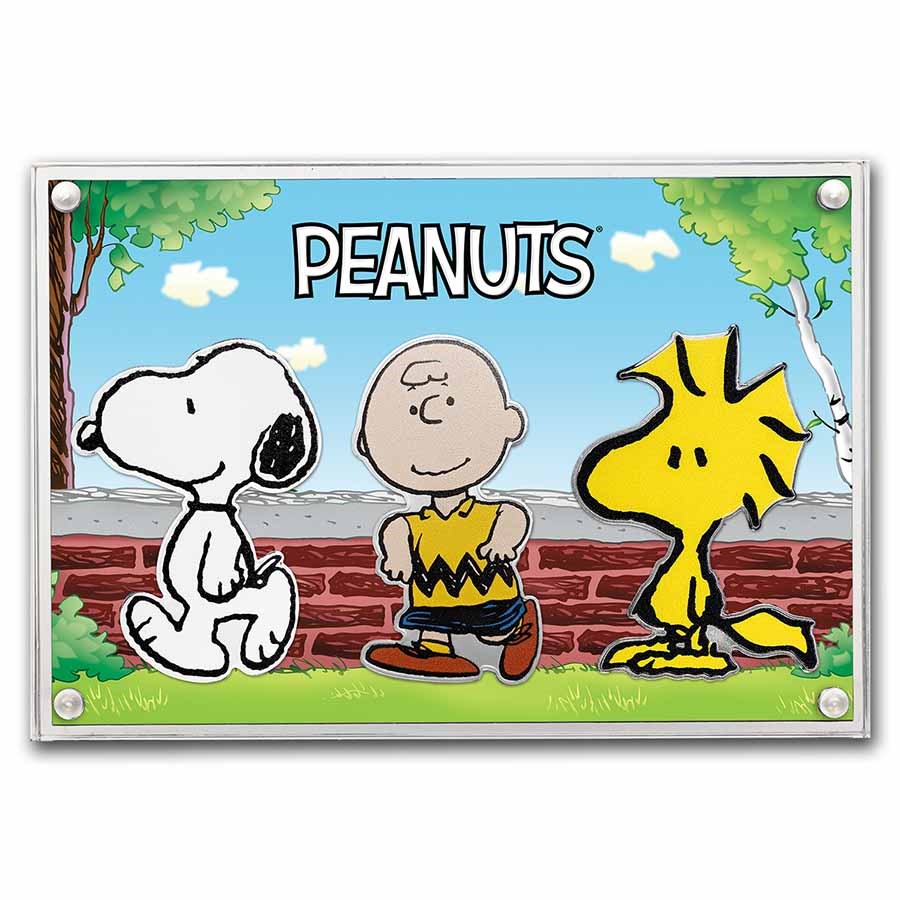 Protect your Peanuts® shaped Silver from fingerprints by adding these cotton gloves to your order.

Whether you are a collector, gift-giver or a Peanuts® fan, these shaped and colorized Silver pieces are perfect for any Peanuts® collection. Add this Peanuts® Set of 3 1 oz Silver Character shaped pieces to your cart today!

Peanuts® Shaped Silver Character Pieces
Charlie Brown, Snoopy and Woodstock are among the more popular characters from Charles M. Schulz's Peanuts® comic strip, and they're now available in .999 fine Silver exclusively from APMEX. These unique Silver pieces capture the charm of each character from the beloved comic series in a single set with beautiful acrylic display!

Charlie Brown's awkwardness and portrayal as the "lovable loser" archetype was modeled after Charles Schulz's own personality, according to the creator himself. Schulz said of Charlie Brown that he "must be the one who suffers because he is a caricature of the average person. Most of us are much more acquainted with losing than winning." But despite his frequent failings and uncertainty, he always persists to achieve moments of great success.

Snoopy is depicted wearing a confident smile while walking upright on two legs. The bipedal beagle is noted for having an imagination that leads him to roleplay as various alter egos, from a college student to a World War I flying ace and beyond. Unable to verbally communicate, Snoopy is nevertheless very expressive in thought bubbles, moans, laughter, sobs, growls and the facial expressions to match.

Woodstock has been Snoopy's best friend since April 4, 1967. It was Woodstock's mother who first laid her eggs in a nest built on Snoopy's tummy while he lay atop his doghouse in the March 3, 1966 issue of the Peanuts® comic strip. After this, she flew away and her eggs hatched. One chick flew away, but the other hung around Snoopy and returned in the April 4, 1967 issue and would play sidekick to Snoopy and his various alter egos. Eventually, in the June 22, 1970 issue of the comic strip, we finally learned that the bird's name was Woodstock, taken by Charles M. Schulz from the music festival that had occurred nearly a year before.

Very nice and goes well with my Peanuts coin collection..

Being a big Peanuts Fan this piece is exceptional to all Fans.