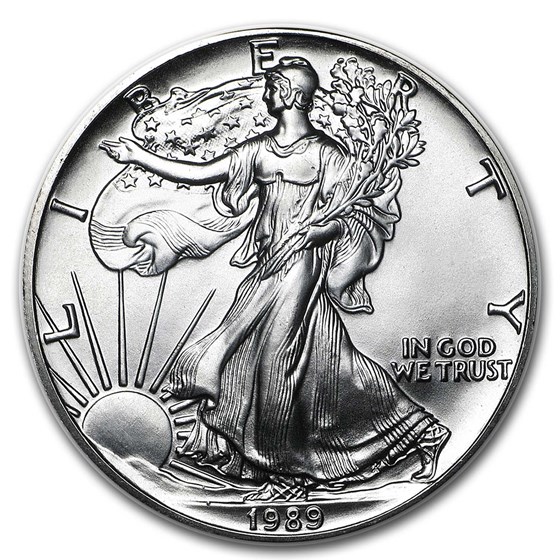 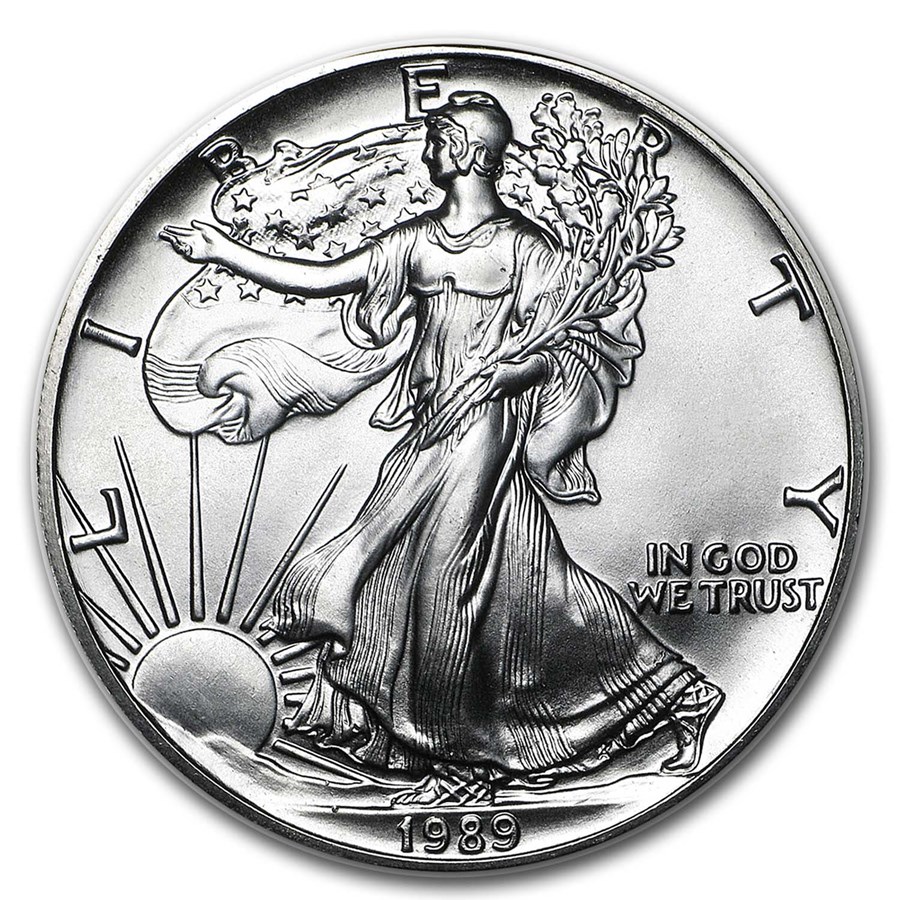 Product Details
Product Details
The 4th issue from the annual American Silver Eagle program by the U.S. Mint displays one of the most popular and beloved designs in American coinage. Combined with its iconic design and .999 fine Silver content, further adds to its bullion appeal.

One of the most popular designs in American coinage, the Silver Eagle combines beauty with Silver bullion appeal. Add the 1989 Silver Eagle to your cart today!

I had to get an ASE the year that I was born for the stack! Arrived in excellent condition and shipped cross country in under a week, so needless to say I am happy!

I'm completing my ASE collection and APMEX has the best prices and inventory of older coins. Plus there is always something extra in the package, like a APMEX post it note pad! APMEX has become my go to for silver.

Nice coin. Would buy this one again.

Purchased to finish one of my books.

Trying to complete a full set of silver Eagles .I love the design and art work .Look great

The best so far

As always the American silver eagle is very attractive. I needed this one to round out my collection.Some of the earlier years have a little higher premium but well worth it. Was shipped in nice tight package. Thanks Apmex.