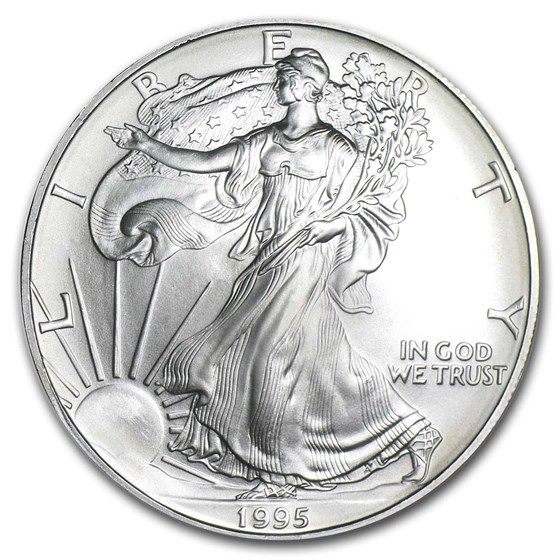 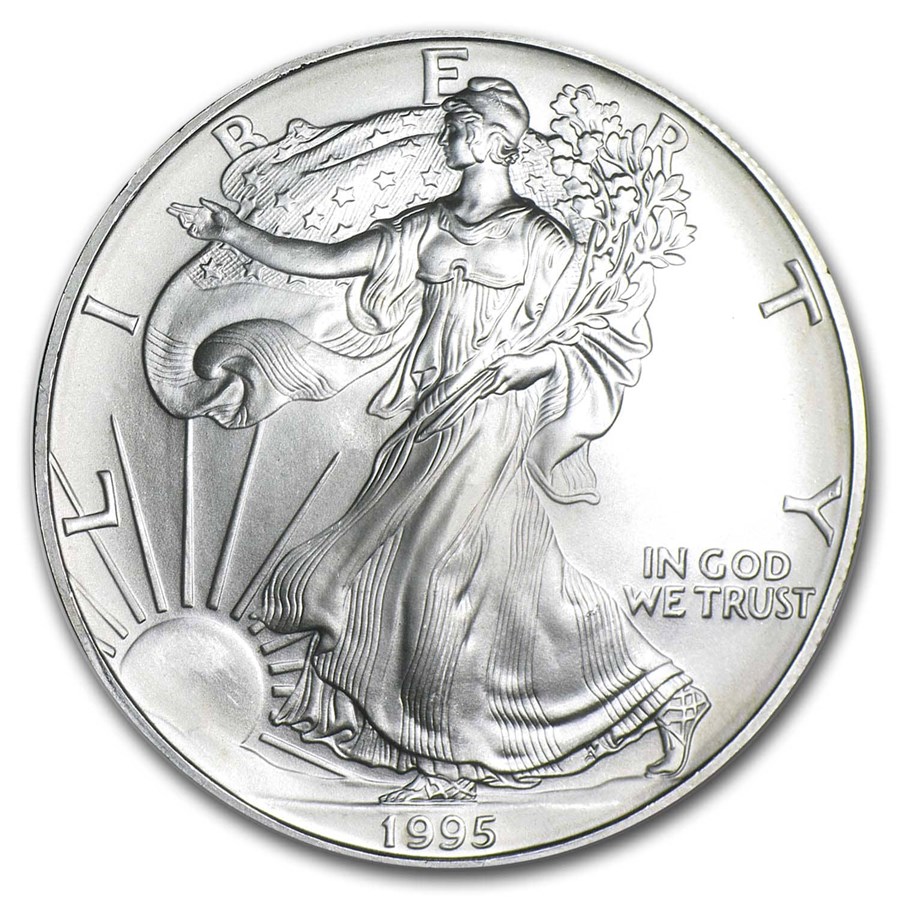 Product Details
Product Details
The 10th issue from the annual American Silver Eagle program by the U.S. Mint displays one of the most popular and beloved designs in American coinage. Combined with its iconic design and .999 fine Silver content, further adds to its bullion appeal.

One of the most popular designs in American coinage, the Silver Eagle combines beauty with Silver bullion appeal. Add the 1995 Silver Eagle to your cart today!

Good year of the SE came in BU condition.

Being a collector it is great to shop with AMPEX and not worry about inferior products. You get what you see.

I was very pleased with my experience. I received my coins in less than 48 hours. AMPEX exceeded my expectations. I will be a repeat customer

This issue is one of the key dates and thus sells at a significant premium over melt. The first two coins I received from APMEX had significant problems with scratches. I sent them back and received replacements that were exceptionally good. The return process is a bit of a hassle but APMEX pays the shipping both ways. So please check whatever coins are sent to you and only keep those whose condition satisfies your needs for the price you paid.

im working on the set

Thank you for consistently great service and quality! Love my silver and I'm very happy with AMPEX.