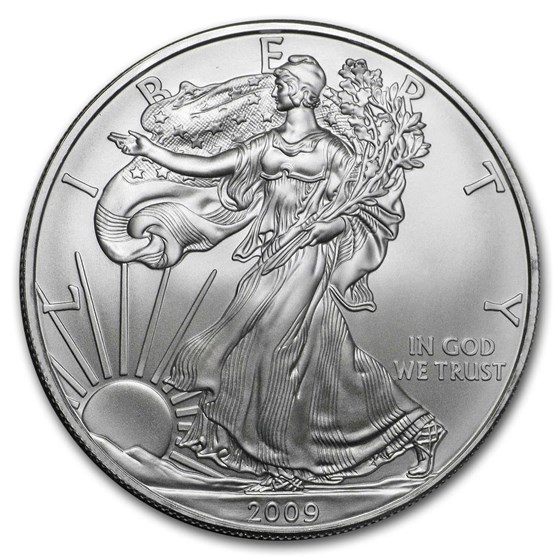 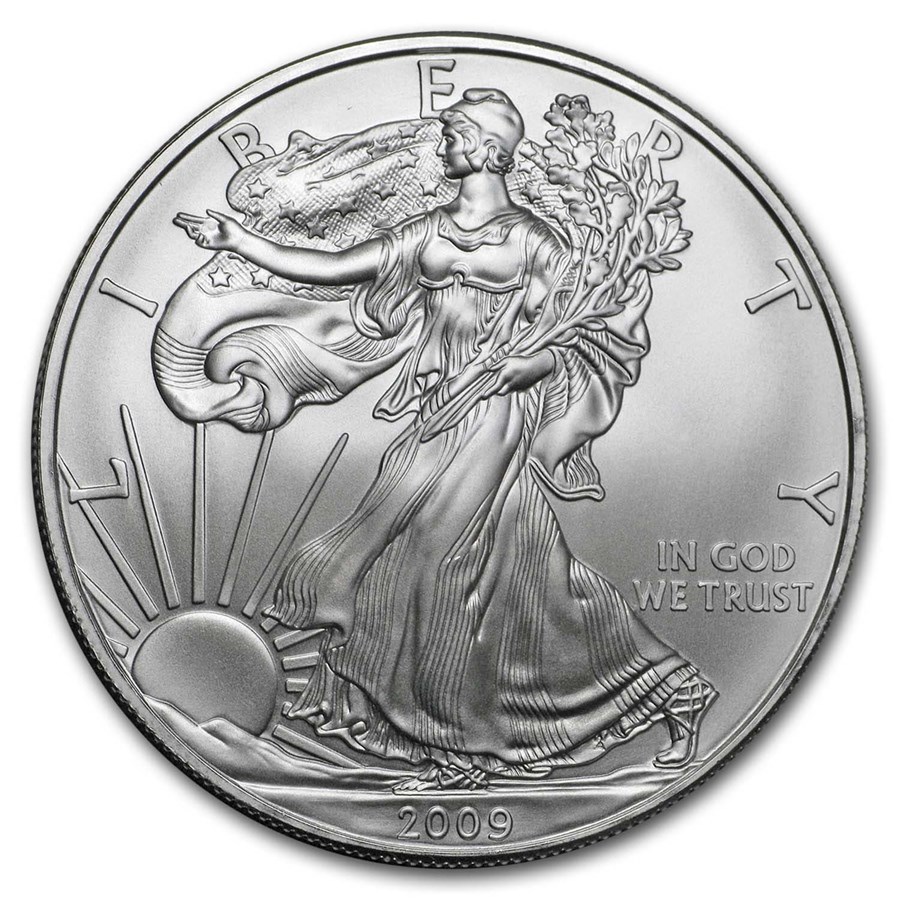 Product Details
Product Details
The 23rd issue from the annual American Silver Eagle program by the U.S. Mint displays one of the most popular and beloved designs in American coinage. Combined with its iconic design and .999 fine Silver content, further adds to its bullion appeal.

One of the most popular designs in American coinage, the Silver Eagle combines beauty with Silver bullion appeal. Add the 2009 Silver Eagle to your cart today!

Hello from Pawleys Island, SC, I made my first purchase from APMEX recently and received my order today and I could not be more pleased. More like delighted. It was a small order for 12 different BU silver eagles. (2008-2019) I bought these for my coin albums rather than a bullion investment. All 12 different dates were in beautiful condition. I will be buying from APMEX again for sure. Thanks

Always the best with Apmex.

I bought 2 of these and both have large flaws, noticeable scratches on the face and edges. utter disappointment.

Great, solid product. Can't go wrong with these! Looks great, and it's a nice, inexpensive investment.