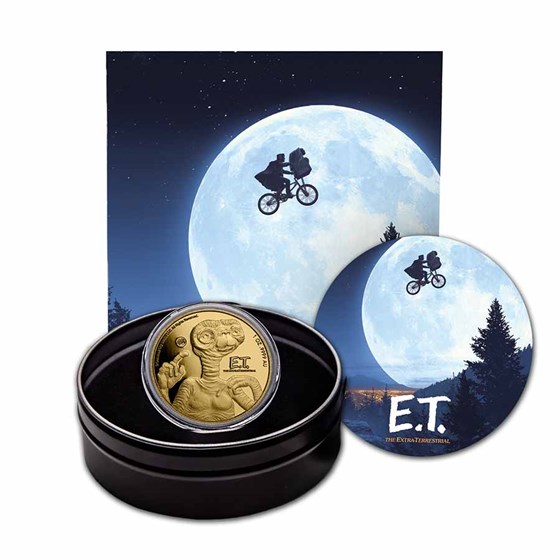 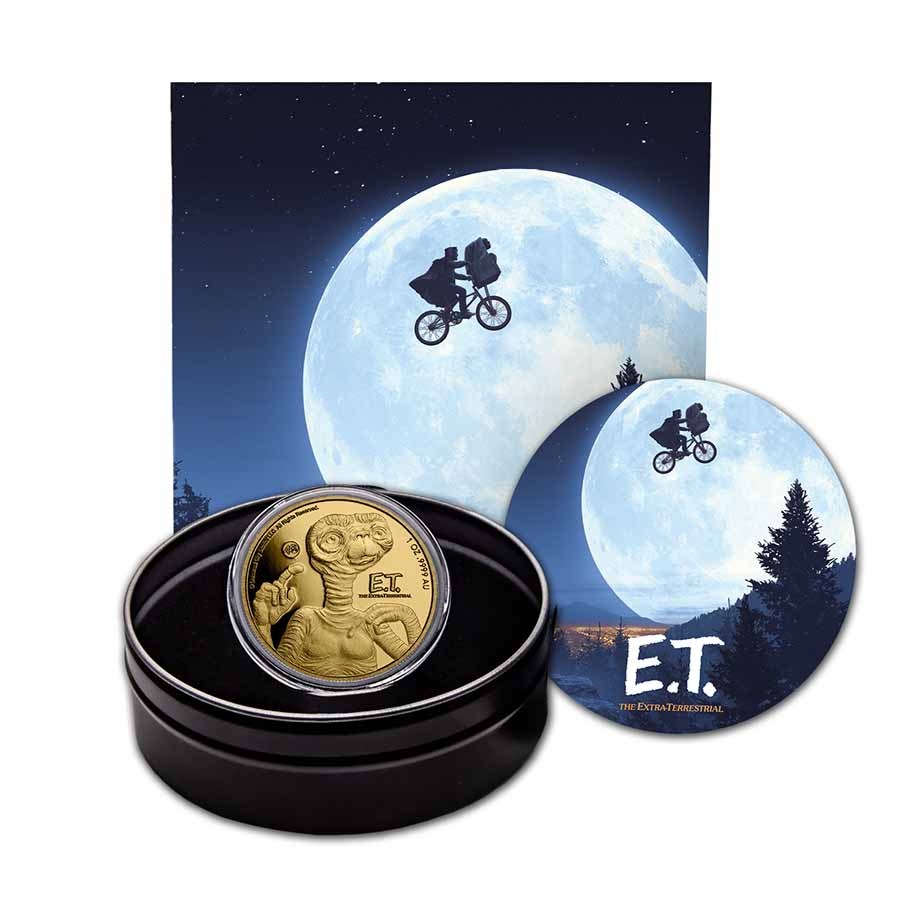 Product Details
Product Details
He's just a lost space alien trying to find his way home. Commemorate a classic 1980s film as E.T. The Extra-Terrestrial turns 40 years old in 2022. With a limited mintage of only 250 Gold coins, these are an excellent addition to any collection!

Claim one of these highly collectible coins stamped in .9999 fine Gold and protected in a special gift tin with COA. These official E.T. 40th anniversary coins make the perfect gift for movie buffs and coin collectors alike.

Add this 2022 1 oz Gold E.T. coin with gift tin and certificate of authenticity to your cart today!