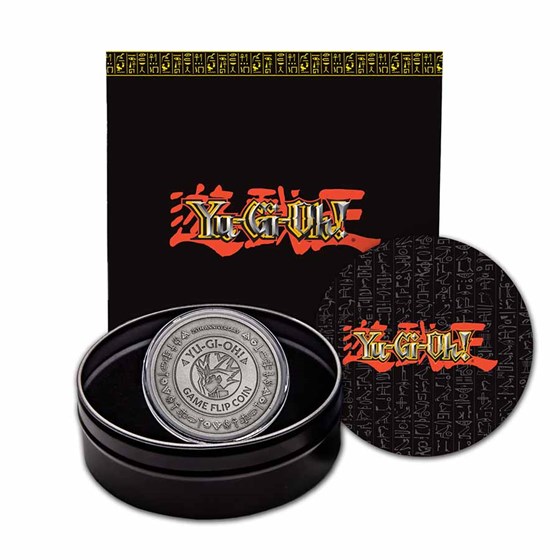 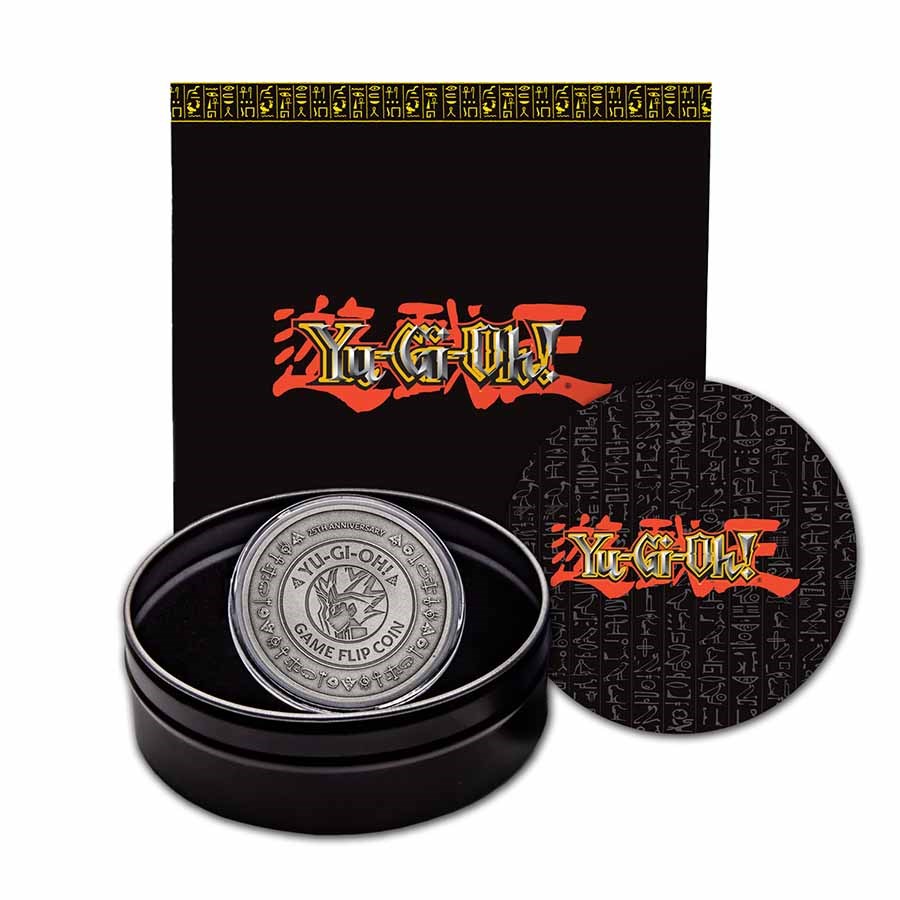 Product Details
Product Details
APMEX and KONAMI are proud to bring one of the most popular manga series and trading card games in the world to the investment marketplace to commemorate and celebrate the 25th anniversary of Yu-Gi-Oh!


Protect your limited edition collectible coin by adding a pack of these cotton gloves to your order.

Start every game of Yu-Gi-Oh! with this game flip coin to decide who plays first by adding this 25th Anniversary 2022 Niue 1 oz Antique Silver $2 Yu-Gi-Oh! Game Flip Coin to your cart today!

KONAMI
Originally founded in 1969, Kagemasa Kozuki started the company as a jukebox rental and repair business in Japan. In the 70s, KONAMI began making coin operated arcades games. It wasn't until the early-80s that the corporation started achieving mainstream success with their hit arcade games such as Frogger, Scramble, Super Cobra and Yie Ar Kung-Fu, which was inspired by the legend, Bruce Lee. Today, KONAMI is one of the largest gaming companies in the world with an impressive portfolio of franchises like Metal Gear, Silent Hill, Castlevania and Dance Dance Revolution.

Yu-Gi-Oh!
Debuted as a manga in 1996, written and illustrated by Kazuki Takahashi. Published in the Weekly Shonen Jump magazine, it didn't take long for the manga gain steam and eventually spawn into an anime series and later as an actual trading card game. Since being first introduced in the mid-90s, Yu-Gi-Oh! has become one of the world's largest grossing media franchises of all time.

Gameplay
The Yu-Gi-Oh card game itself is a turn-based game where you duel against an opponent and their deck of cards. The goal is to summon monster cards to attack and reduce your opponent's Life Points. In the card game, there are three main types of cards that make up the 60-card deck: Monster Cards, Spell Cards and Trap Cards.

i liked it so much , its very low mintage for such coin , thanx god i have the apportunity to buy these coin before it was out of stock