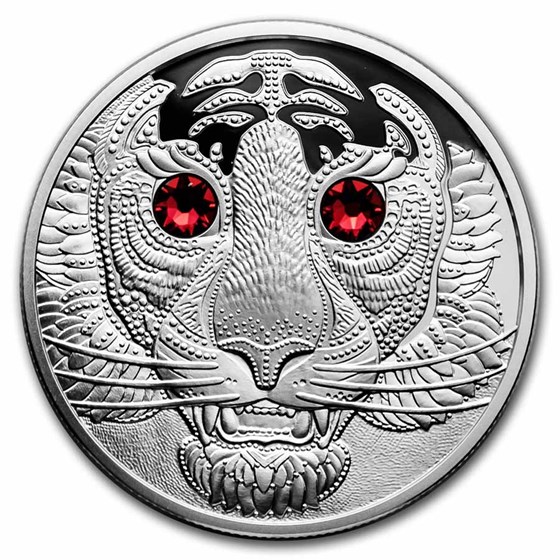 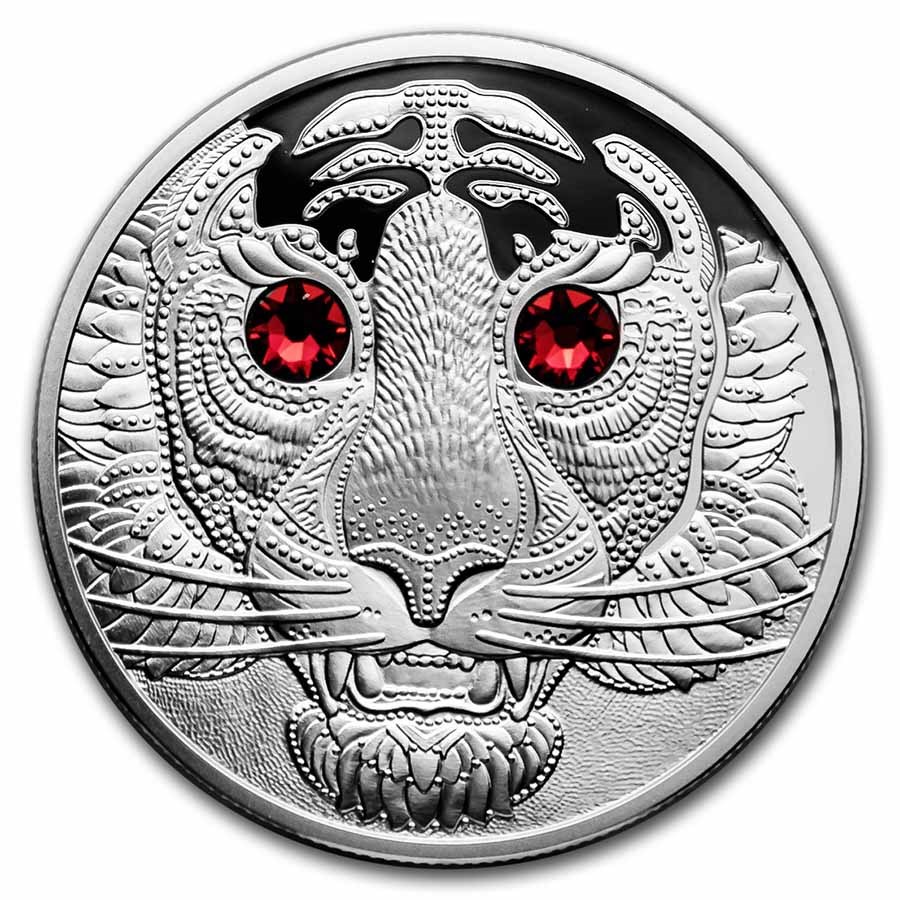 Since time immemorial, people have marveled at the tiger’s imposing appearance and natural beauty, which are accentuated by the fiery red crystals by Swarovski® that form the tiger’s eyes on the third coin in the Eyes of the World series. The color symbolizes strength and energy, yet for an animal of such power, the tiger is also known as a peaceful creature despite being ready to fight whenever the occasion arises.

This coin is a fantastic addition to any collection. Add this 2022 Austria Silver €20 Eyes of the World The Power of the Tiger coin to your cart today!

In the cultural history of Asia, images of the tiger abound. Power and strength in all their forms are ascribed to the predator. In China, the animal has always been an emblem of potency and bravery, depicted in the Year of the Tiger. In Hinduism, too, it plays a highly symbolic role, with the goddess Durga often portrayed astride a tiger.

Ever alert, silent and solitary, the tiger sets out mainly at dusk or at night in search of prey, often wandering for hours at a time. Unlike lions, for which rivers and lakes present a barrier, tigers love water and are excellent swimmers. Deep in the bamboo thickets of the jungle, an eerie blur of light and shadow makes a fleeting appearance. But so perfectly camouflaged by its magnificent stripes, the tiger remains unrecognizable.

Austrian Mint
APMEX is proud to offer products from the Munze Österreich, or Austrian Mint. With more than 800 years of coin-production experience, the Austrian Mint in Vienna has become world-renowned for coin production and Precious Metals processing. As a subsidiary of the Austrian Central Bank, the Austrian Mint's foremost task is to produce all of the circulating Euro coinage for Austria. But the mint also strikes an impressive range of collector coins and medal, along with producing some of the world's best-selling bullion coins. In addition to the popular Silver Philharmonic coins, the Austrian Mint produces many beautiful commemorative coins to honor people, places and events of its history. More than 400 million coins are produced at the Austrian Mint each year.

Very nice piece for a collection.