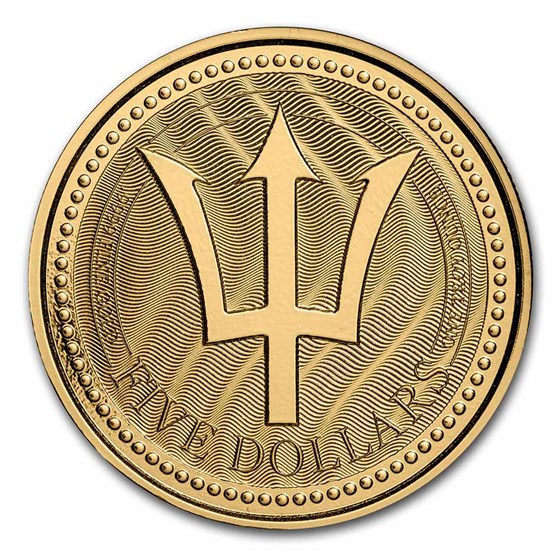 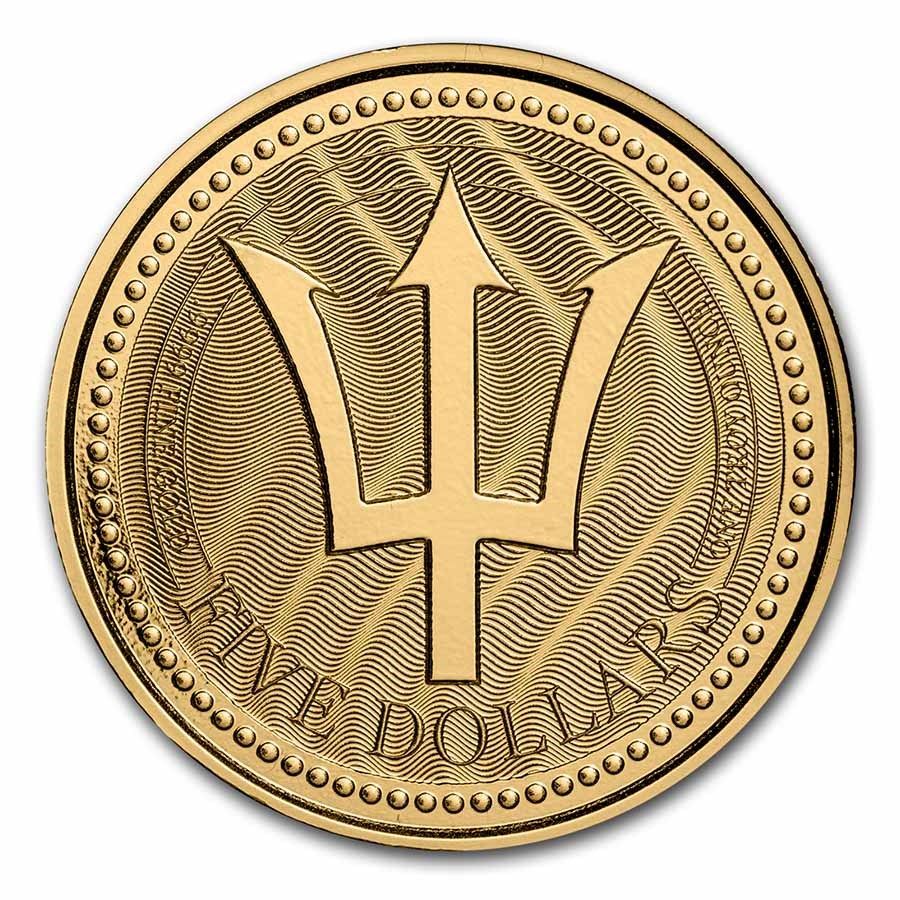 Product Details
Product Details
Issued from the country of Barbados comes a limited mintage Gold coin that features the striking trident from the national flag of Barbados. These do not come in the special assay card holder from Scottsdale Mint.

The trident, a symbol of strength and power, draws its roots from the mythical Roman God of Freshwater and the Sea, Neptune. However, the trident that serves as the national pride of Barbados and that is found on the Barbados national flag differs from Neptune's trident in that the shaft of the Barbadian trident is broken, symbolizing Barbados' historical break and eventual independence from the United Kingdom in 1966.