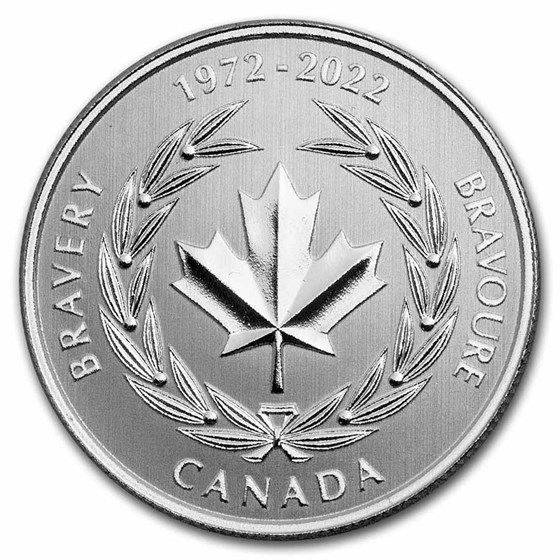 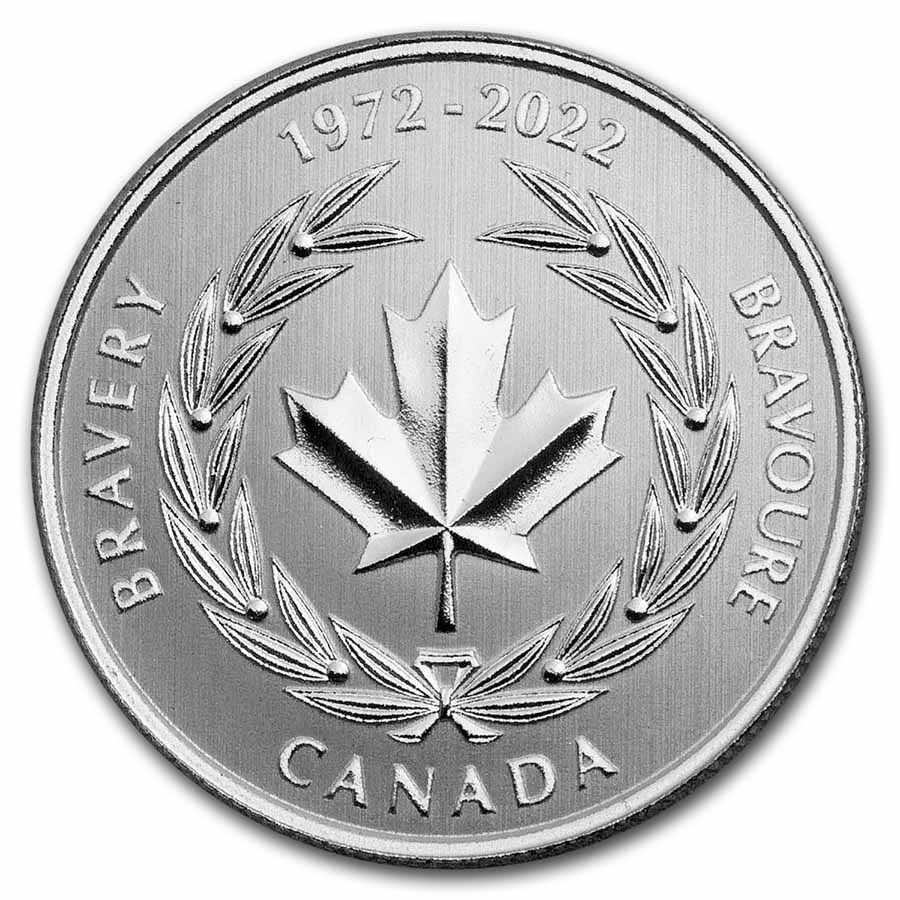 Product Details
Product Details
Only $19.99 per coin
Courage and heroism are always worth celebrating, and in the 50 years since Canada’s Medal of Bravery was first established, nearly 3,300 gallant souls have been honored for courageous actions that impacted Canada or Canadians.

From intervening in an attack to rescuing people from a submerged car, their “acts of bravery in hazardous circumstances” qualify these everyday citizens as everyday heroes among us; and by selflessly risking their lives to save or protect another, they have earned this nation’s gratitude and admiration, as well as one of Canada’s top honors for courage: the Medal of Bravery, which is highlighted on this coin in honor of its 50th anniversary.

Add this 2022 Moments to Hold 50th Anniversary of the Medal of Bravery coin to your cart today!

Clean and accurate look of Canadian Medal of Bravery. Coin is about quarter size. Itis encapsulated in folder with tons of information