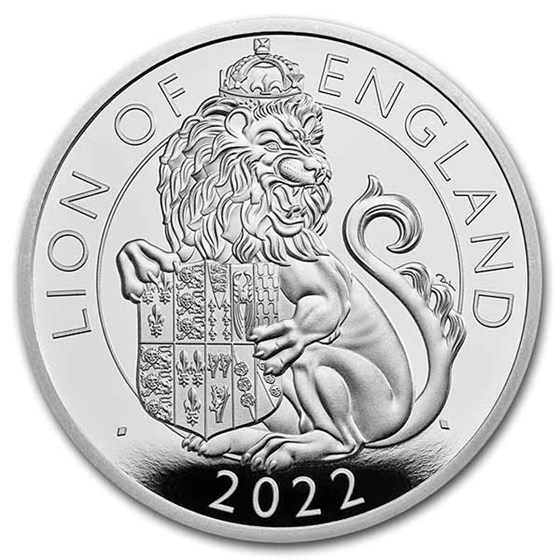 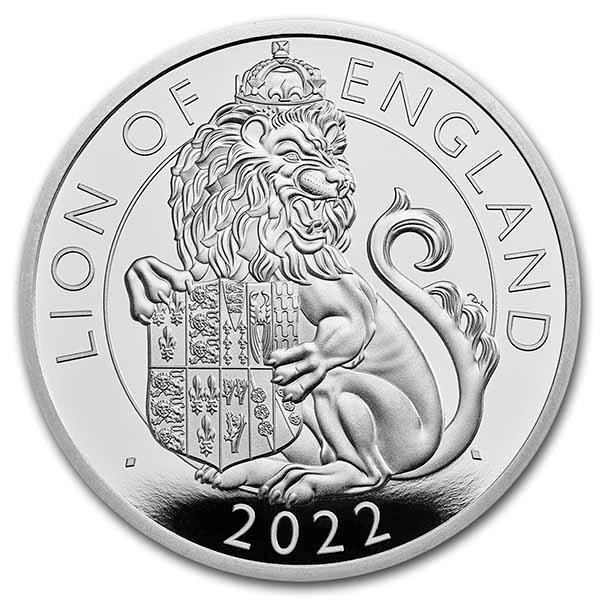 Product Details
Product Details
The second release in The Royal Tudor Beasts Collection features the Lion of England. This .999 fine Silver Proof coin has a limited availability of only 6,000 coins in this limited-edition presentation style along with a certificate of authenticity.

Shield your Royal Tudor Beast: The Lion of England Silver coins from marks by adding a 12-pack of cotton gloves to your order.

This majestic coin is a must-have for any collection. Add this 2022 1 oz Royal Tudor Beasts Lion of England Silver Proof to your cart today!

2022 1 oz Silver Royal Tudor Beast: The Lion of England Proof
As one of the oldest beasts in the heraldry, The Lion of England first debuted on the royal emblems in the 12th century and has remained on the shield of England since its inception. Chosen because it symbolizes courage and pride, The Lion of England can be found on the moat bridge at Hampton Court Palace holding a shield featuring the combined arms of Henry VIII and Jane Seymour. The shield perfectly embodies the strength of the well-known couple’s union.