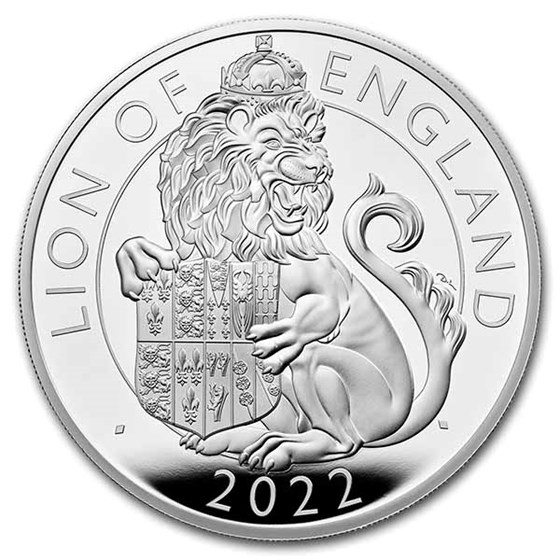 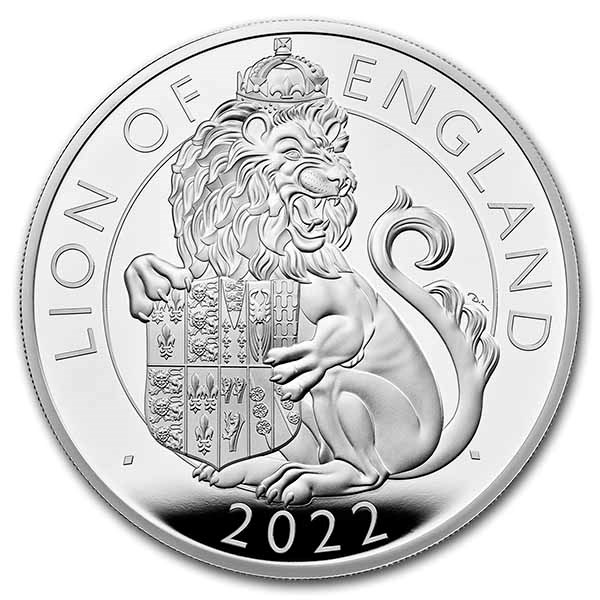 Product Details
Product Details
Only $825.00 per coin
The second release in highly anticipated The Royal Tudor Beasts Collection features the Lion of England. This coin in the 5 oz Silver size features an extremely limited-edition presentation of only 300 coins worldwide.

Guard your coins, including your newest Royal Tudor Beast, against fingerprints by adding a 12-pack of cotton gloves to your order.

The 2022 Silver Lion of England is the second release in an exciting 10-coin series from The Royal Mint. Add this extremely limited mintage 5 oz Proof Silver coin to your cart today!

The Royal Tudor Beasts from The Royal Mint
Following the conclusion of the widely popular The Queen’s Beasts Series, The Royal Mint introduced The Royal Tudor Beast series. This series is planned to include Gold and Silver Proofs, including this limited edition, low mintage 5 oz Silver Proof, that will feature the legendary beasts of the Tudor legacy: The Seymour Panther, The Lion of England, The Bull of Clarence, The Tudor Dragon, The Greyhound of Richmond, The Royal Dragon, The Yale of Beaufort, The Seymour Unicorn, The Queen's Panther and The Queen's Lion.

2022 5 oz Silver Royal Tudor Beasts Lion of England Proof
The Lion of England has been a part of royal emblems and shields since as long ago as 1200 AD. It first appeared in the 12th century, chosen to represent pride and courage with the iconic look that is still seen today among other animals, like the one from heraldry codebook where they show how it should be stylized: "The lion passant guard." In Henry VIII's time, we see him represented by an impaled shield – the combined arms representing strength between two people who were married under church law, but had no marriage certificate.