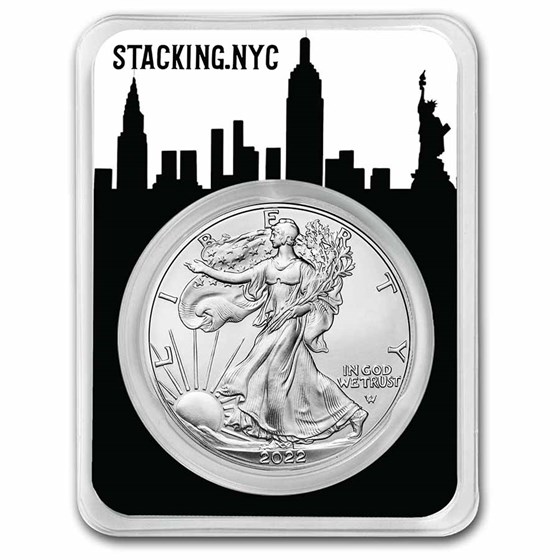 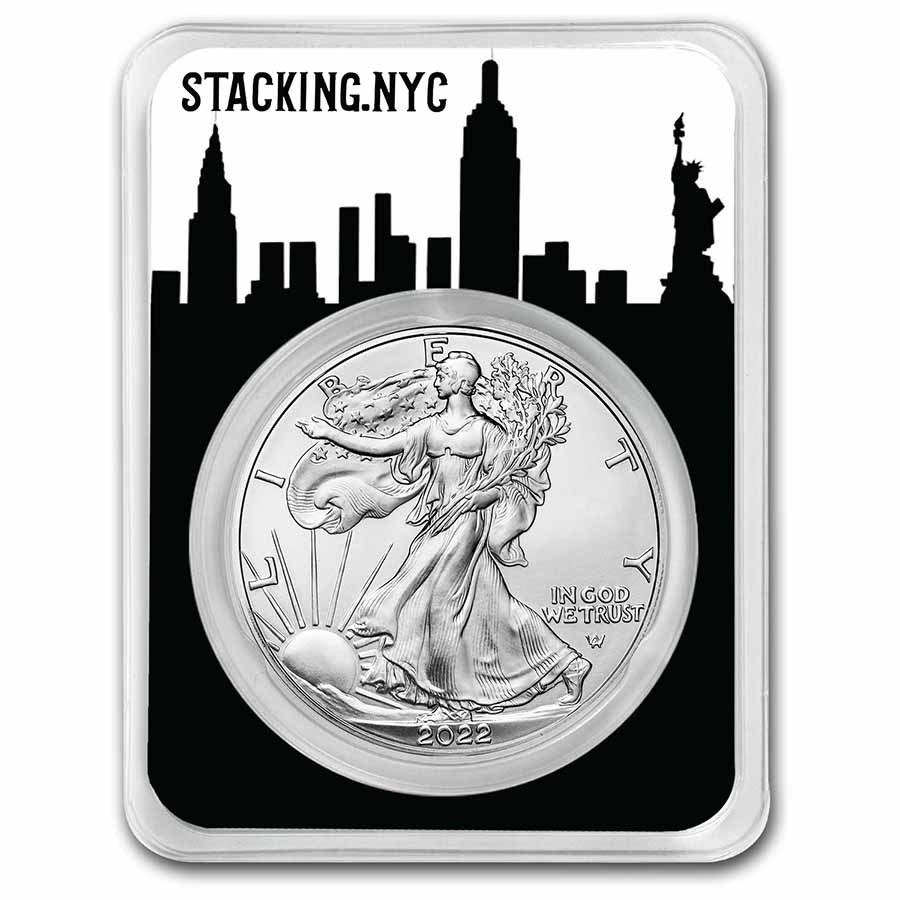 APMEX offers the largest selection of Silver American Eagles that come in special packaging in the industry, which makes for the perfect investment for those looking to stack in style. This special edition APMEXclusive® Silver Degenerates 2022 American Silver Eagle is truly one of a kind.

Coin Highlights:
Protect your newest investment by storing in one of our security safes.

The obverse design of this iconic American coin remains Adolph A. Weinman’s widely recognized design featuring Lady Liberty draped in the American flag, walking gracefully as the sun rises behind her.

The Influence of Adolph A. Weinman
Adolph A. Weinman was born in Germany in 1872 and immigrated to the United States at a young age. Weinman began his career as an artist and sculptor, studying under well-known masters such as Augustus Saint-Gaudens. Weinman is best known for his work on the Walking Liberty Half Dollar and the Mercury Dime designs, which are still in circulation today. Weinman's designs are highly celebrated and known for their iconic beauty and classic design.

Weinman's designs have been featured on American coinage since 1916 and continue to be popular among collectors and investors to this day. His Walking Liberty Half Dollar design has been called one of the most beautiful coins ever produced by the U.S. Mint; the design is also utilized on this 2022 1 oz American Silver Eagle limited edition Silver Degenerates TEP coin. Adolph A. Weinman's influence on American coin design is undeniable and his artwork is considered some of the most beautiful ever created.

Note: The coins you receive may exhibit some level of natural toning and/or oxidation such as spotting. This is a normal process that and can occur over time when exposed to hydrogen sulfide which is naturally occurring in the air.

I bought my limit of these outstanding pieces of history! While I am the most frugal member of the Silverdegenerates community I needed to have them. YOU WILL NOT BE SORRY, PURCHASE NOW!

Awesome Collectible peace from Apmex and @Stacking.NYC. Definitely a must have with 500 mintage worldwide am excited to see what comes next in this line.

Tommy - Stacking NYC is a great guy who really loves the silver community and has helped many understand the collecting side of things. GREAT TEP ASE and look forward to seeing more of his items appearing on Apmex.

Amazing collaboration between STACKINGNYC and APMEX. The TEP design is beautiful. An awesome representation of the #silverdegenerates community. Highly collectible.

To simply put it, this piece is history! The first Silverdegenerate TEP of hopefully many to come! The piece looks much better in hand than the pictures. Each TEP comes with a COA which also summarizes the Silver Degenerate Community, or better said FAMILY. Buy this piece and join OUR FAMILY!