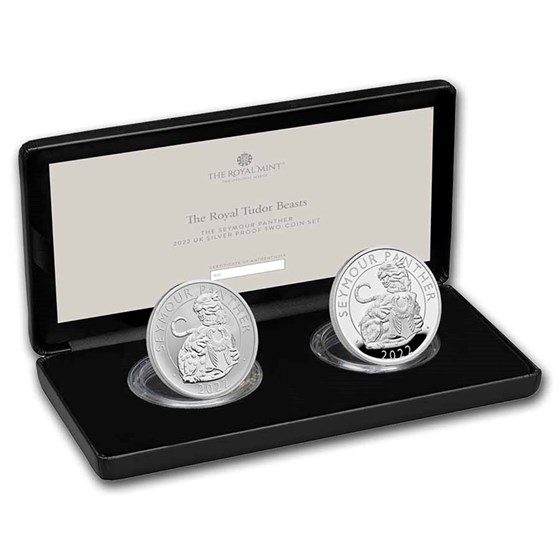 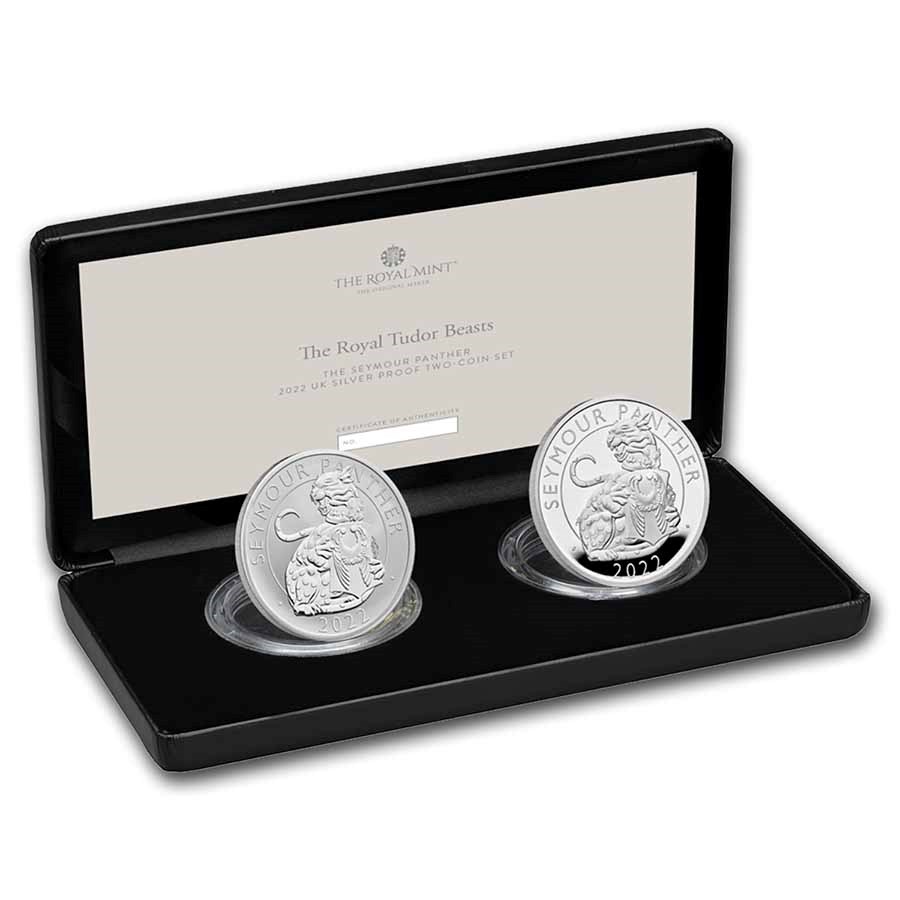 Product Details
Product Details
Only $299.99 per set
The first release in The Royal Tudor Beasts collection features the Seymour Panther. This set contains two Silver coins, one in a Proof finish and one in a Reverse Frosted finish.

This majestic set is a must-have for any collector of The Royal Tudor Beast series. Add this 2022 two-coin Royal Tudor Beasts Seymour Panther Silver Proof and Reverse Frosted set to your cart today!

The Royal Tudor Beasts from The Royal Mint
For the first time in 2022, The Royal Mint introduced The Royal Tudor Beast series, following the conclusion of the collector favorite, The Queen's Beast Series. This series is planned to include Gold and Silver Proofs, including the 1 oz Limited Mintage Silver Proof, that will feature these heraldic beasts of the Tudor legacy: The Seymour Panther, The Lion of England, The Bull of Clarence, The Tudor Dragon, The Greyhound of Richmond, The Royal Dragon, The Yale of Beaufort, The Seymour Unicorn, The Queen's Panther and The Queen's Lion.

The Royal Tudor Beast: The Seymour Panther
The Seymour Panther is one of 10 beasts that stand guard on the moat bridge of Hampton Court Palace and has represented the Tudor dynasty for hundreds of years. The Panther was gifted to his third wife, Jane Seymour, by King Henry VIII to celebrate their wedding in 1536. Seymour died after giving birth to a son, and is the only of Henry VIII's six wives who were buried in the same tomb after his death.