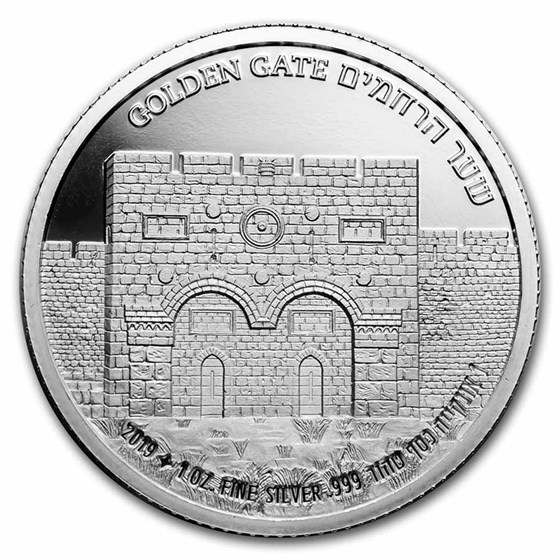 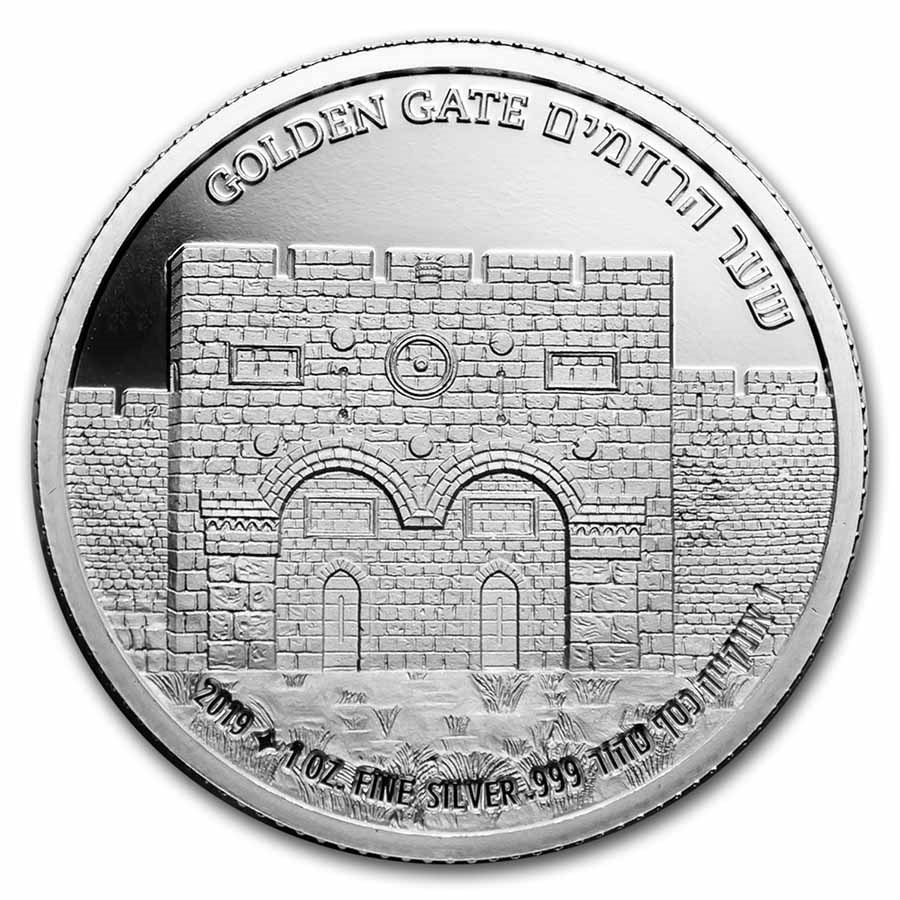 $119.99
Any Quantity
Product Details
Product Details
The walls around the old city of Jerusalem were built in the 16th century by the sultan Suleiman the Magnificent. Eight gates were constructed within the walls. Seven of the gates are open and serve as passageways to the Old City.

The eighth gate, known as the Golden Gate or Mercy Gate, remains closed. It is said that the gate will be opened miraculously when the Messiah comes and the dead are resurrected.

Add this beautifully designed 1 oz Silver round to your cart today!

Built before the other main gates, the Golden Gate in the Jerusalem Old City Wall was built in the 7th century over ancient ruins with a Byzantine style. Some think it might predate as far back as the time of the first temple. The gate faces the Mount of Olives and is the closest gate to where the first temple originally stood. Followers of Judaism believe the Messiah will enter through the Golden Gate. According to tradition, the Prophet Elijah is said to pass through the gate first to notify the coming of the Messiah. To prevent this, Ottoman Sultan Suleiman sealed the gate in 1541 and also placed a Muslim cemetery close to it to prevent Elijah, of priestly descent, from passing through. The Golden Gate also derives its name from the belief that Christians think that Christ entered Jerusalem through it.