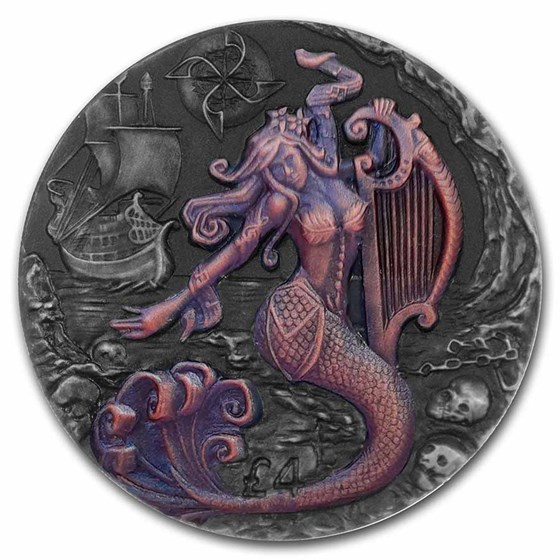 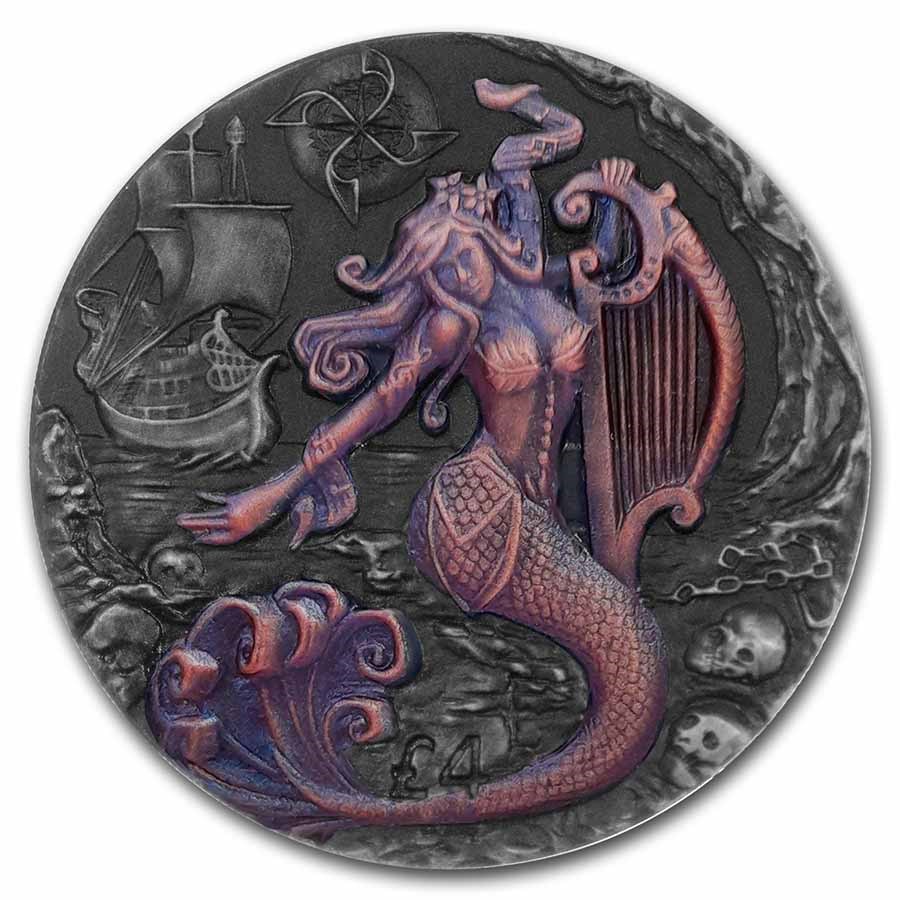 This coin is a fantastic addition to any numismatic collection. Add this 2018 British Indian Ocean Territory 2 oz Silver High Relief Siren coin to your cart today!

The famous mythological stories, tales and legends are designed to entertain, thrill and inspire the listeners. These ancient myths contain morals teaching the virtues of love, courage, strength and self-reliance. They also teach the consequences of vices associated with jealousy, greed, deceit and treachery.

The famous stories with their monsters and scary creatures are known the world over and this stunning issue of five 2 oz Fine Silver coins has been produced in high relief with each coin being antique finished by hand bringing these amazing characters to life.

The Sirens were beautiful but dangerous creatures, usually depicted as mermaids that lured the sailors with their beautiful voices and music to their doom, causing the ships to crash on the rocks near their island. The image of the coin depicts a Siren sitting on the rocks playing her harp. The skulls that can be seen around her on the rocks represent the sailors that had previously been lured and their ships wrecked. The latest ship to be attracted to the wonderful music can be seen in the background.

Pobjoy Mint
Pobjoy Mint is a privately held company in Surrey, England that was founded in 1965 by Derek Pobjoy. Today, it continues to be a family run business and a leader in the manufacturer of legal tender coins for British Overseas Territories. As a private mint, they also produce medals, medallions, official regalia (royal crowns and scepters), tokens, and a wide range of numismatic coins. Pobjoy is also known for developing the first man-made Precious Metal called Virenium®. Additionally, Pobjoy is the only mint in the world that has perfected the manufacturing of colored Titanium coinage.