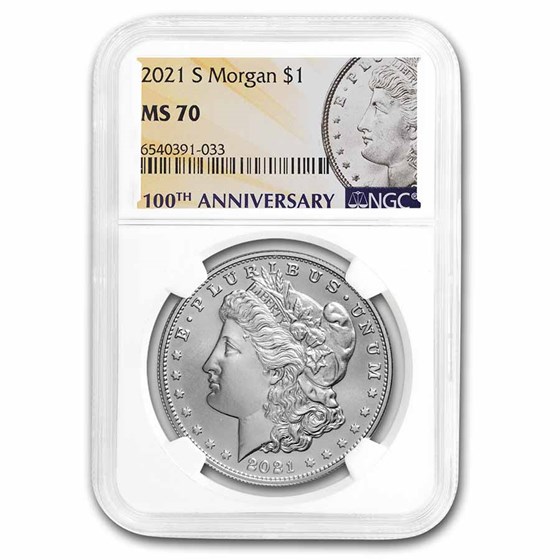 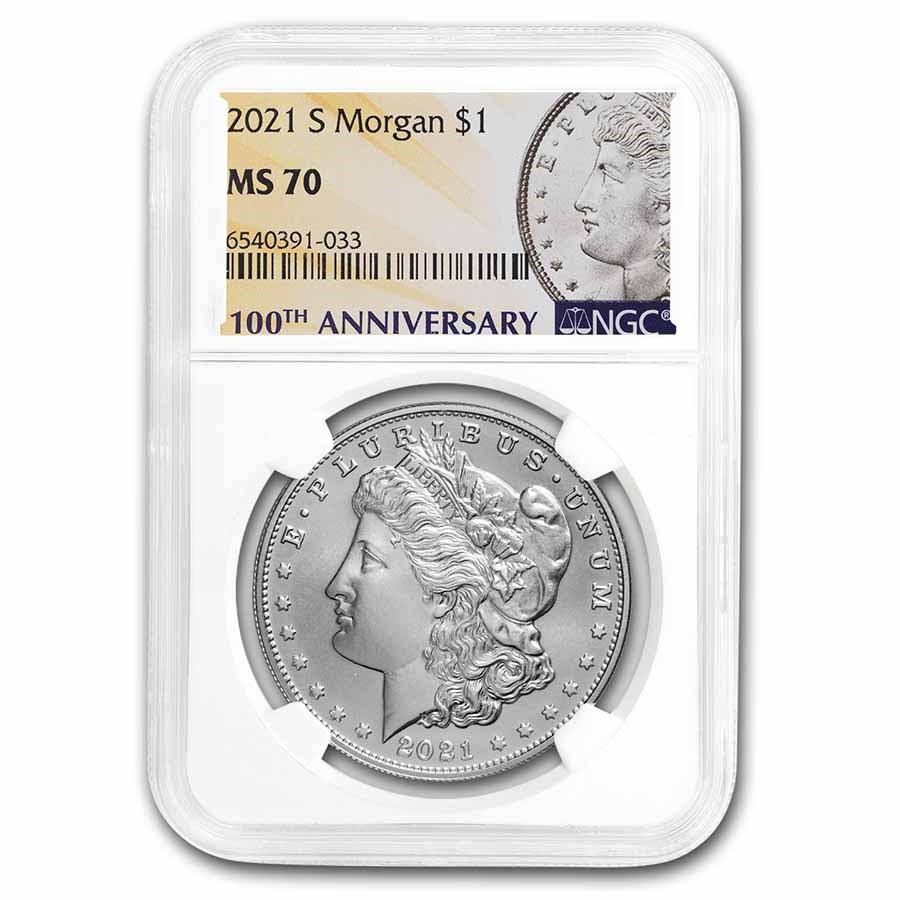 Morgan Dollars
Produced from 1878 to 1904 and again in 1921, the Morgan Dollar is one of the most iconic coins in U.S. history. These large Silver coins bearing George T. Morgan's design of Lady Liberty were widely circulated in the United States. Because of their historical appeal and their pivotal role in America's history, these coins have become among the most popularly collected series in numismatics. Additionally, because large quantities of these coins were stored as part of America's strategic Silver reserves in Treasury vaults until the mid 20th century, a large quantity of these vintage coins exist on the market to help support their collectibility. This 2021 issue, released 100 years after the last Morgan Dollar was struck, continues this popular series and offers an opportunity for collectors to purchase this iconic coin produced with modern minting techniques.