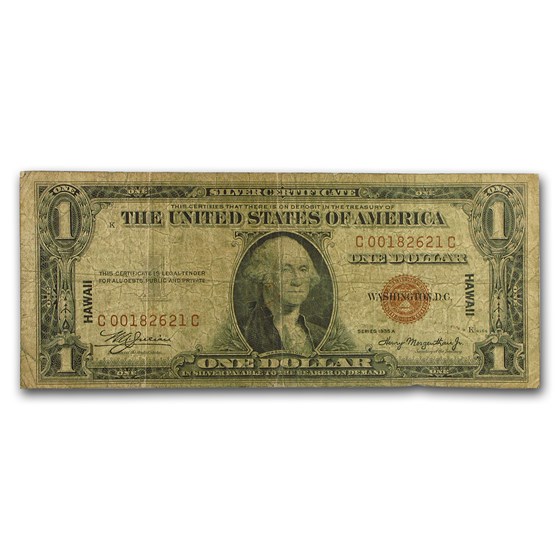 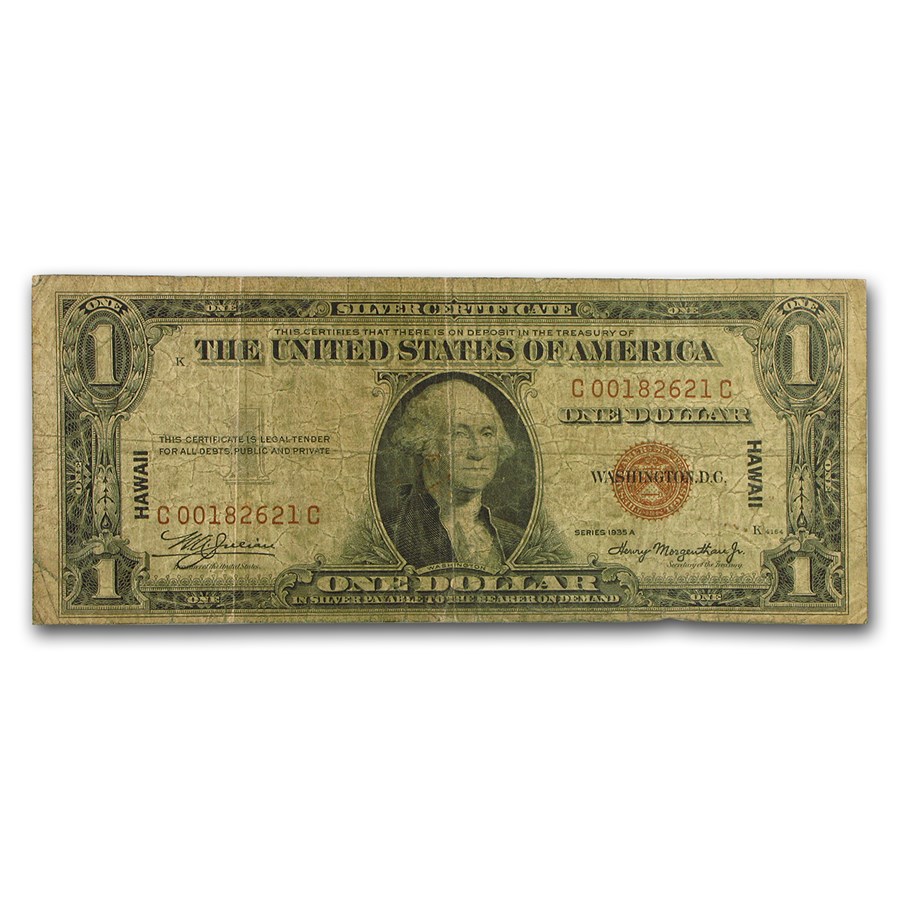 Currency Highlights:
Series 1935-A $1 Silver Certificates with the HAWAII overprint are very popular with collectors. Add some of these great collectors items to your cart today!