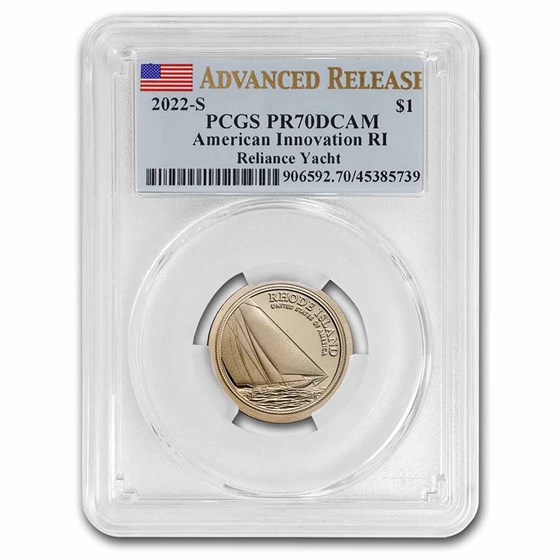 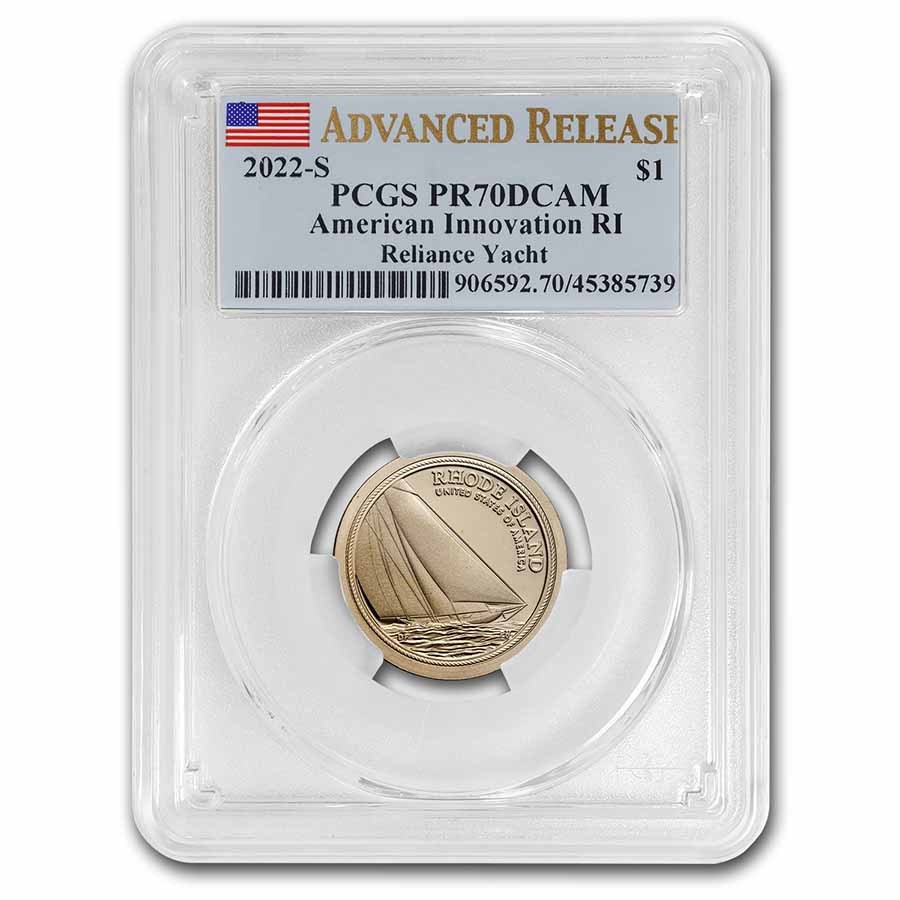 Your purchase will match the quality of the product shown.
Product Details
Product Details
This U.S. Mint American Innovation $1 coin issue commemorates the innovations made in nautical technology in Rhode Island.


The Reliance yacht was first launched in the year 1903 and was designed by Nathanael Green Herreshoff. This yacht's design exhibited many technological advances that allowed it to win the 1903 America's Cup. It was later scrapped in 1913.