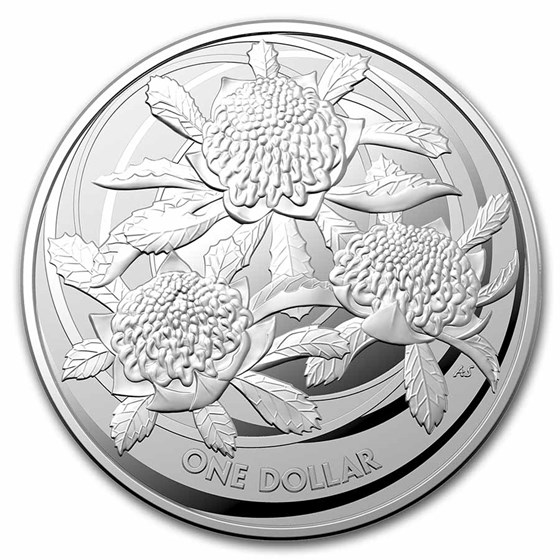 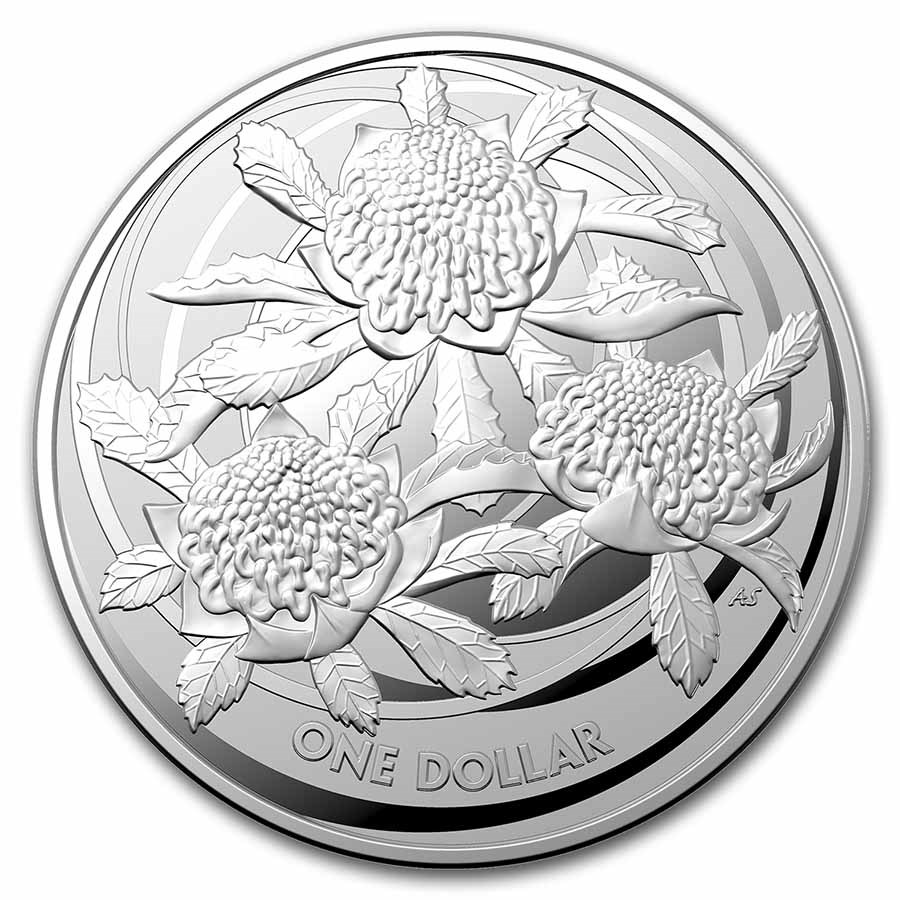 Product Details
Product Details
As low as $7.99 per coin over spot
This .999 fine Silver coin is the first release in the new Wildflowers of Australia bullion series. There is a limited mintage of 50,000 coins in this 1 oz Silver size.

The Royal Australian Mint has come out with the first release in the new Wildflowers of Australia bullion series in 1 oz of .999 fine Silver, with an intricate design of the Waratah flower. Add this beautiful 2022 1 oz Silver Wildflower coin to your cart today!

thought this little gem would look good in my display box and boy was I right.. APMEX always has great buys on new designs and the photo does not do it justice