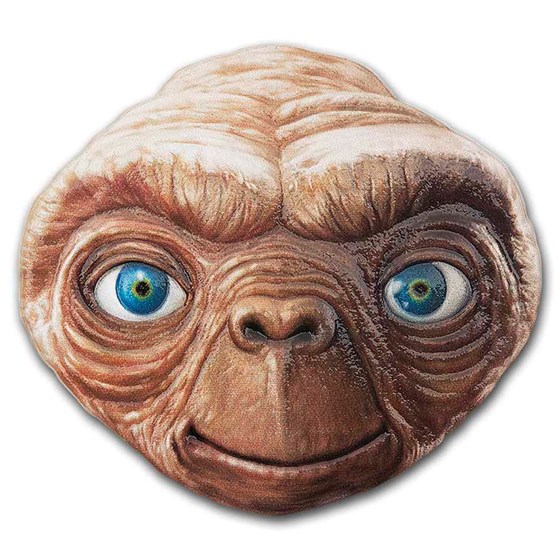 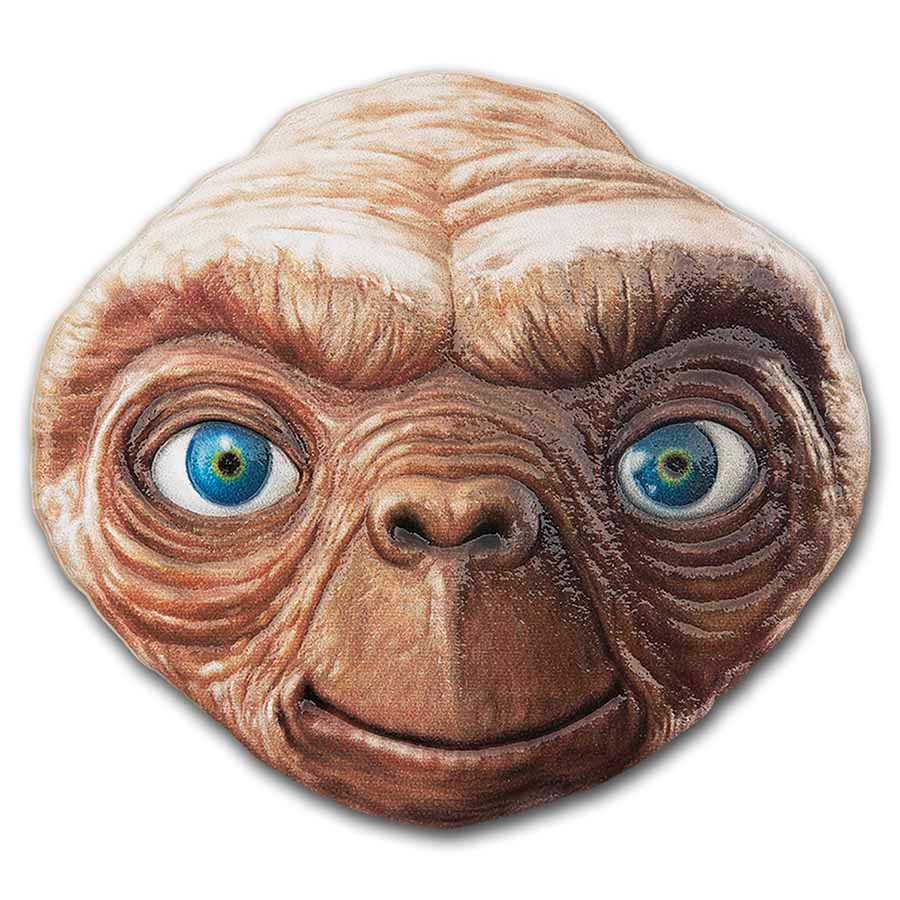 Product Details
Product Details
E.T. the Extra Terrestrial's cute face is immortalized forever on this uniquely shaped colorized Silver coin! Add this to your collection as E.T. turns 40 in 2022!

Claim one of these coins stamped in .999 fine Silver. Celebrate the 40th anniversary of E.T. with this 2022 release.

E.T. The Extra-Terrestrial
According to Stephen Spielberg, the concept for E.T. evolved out of a question he asked himself about what if an alien from Close Encounters of the Third Kind had stayed behind as a sort of exchange student. He then imagined the character from the perspective of his own childhood and the loneliness he felt during his parent's divorce. Thus, E.T. was created as a friendly extra-terrestrial being who was left behind on Earth, but was aided by the young boy Elliot to return home. In the course of this encounter, a unique friendship would emerge to the benefit of both characters and the delight of audiences around the world.