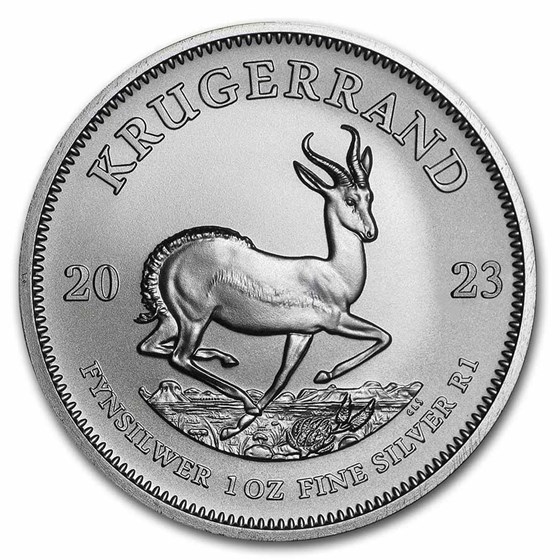 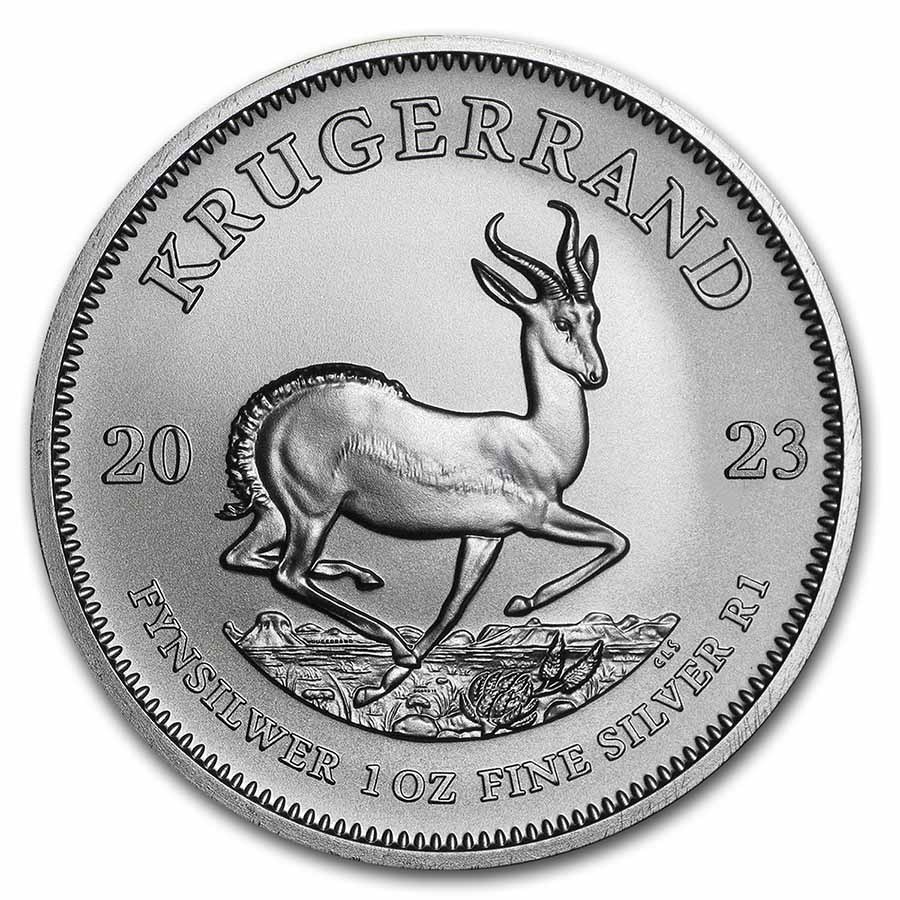 Product Details
Product Details
As low as $5.99 per coin over spot
The South African Krugerrand coin has been beloved around the world since its inception. This 2023 edition of the Silver coin is Brilliant Uncirculated and will make an excellent addition to any collection or portfolio.

This is the sixth year the South African Mint has released a Brilliant Uncirculated Silver coin. Add this 2023 South African 1 oz Silver Krugerrand coin to your cart today!

2023 South Africa 1 oz Silver Krugerrand BU
This Brilliant Uncirculated coin has become widely popular among investors and collectors. The Silver Krugerrand has the same design as the beloved Gold Krugerrand coin. This well-known design has stayed the same since it was first introduced in 1967. The obverse shows the South African Republic's first president, Paul Kruger, while the reverse features a springbok, the national animal, as well as the date of minting.