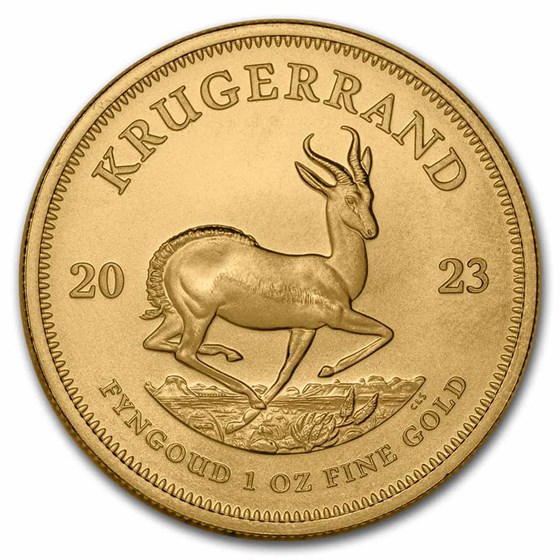 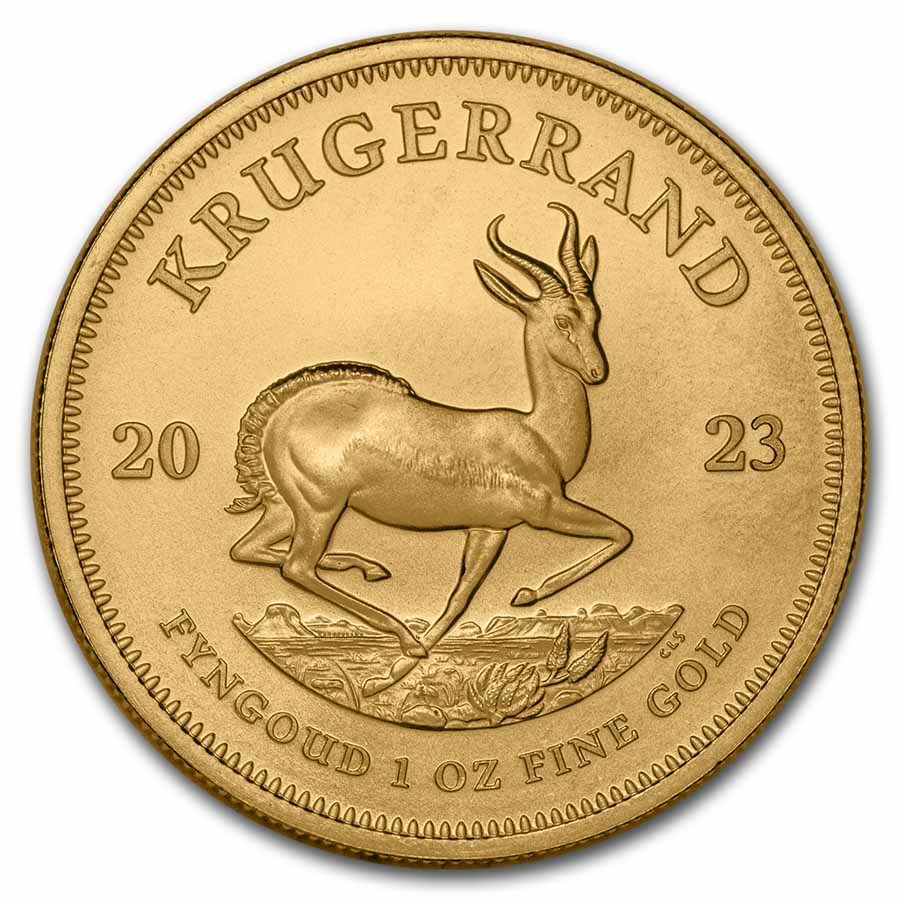 These items are on a slight delay with an expected ship date of February 15, 2023. Your entire order will ship upon their arrival.

Product Details
Product Details
As low as $99.99 per coin over spot
The Gold Krugerrand coin has enjoyed worldwide popularity since it was first issued in 1967 with a simple yet classic design depicting two key South African figures: Paul Kruger and the springbok antelope. Enjoy this 2023 edition of the classic coin!

Coin Highlights:
Display your Gold Krugerrand in style when you add an attractive presentation box to your order.

Gold Krugerrands are timeless and world-renowned additions to any investment portfolio or collection. Add a 2023 1 oz Gold Krugerrand to your cart today!

2023 South Africa 1 oz Gold Krugerrand BU
The Krugerrand was initially introduced in 1967 and became the world's first modern Gold bullion coin. This Gold bullion coin series has become a favorite of collectors and investors and is a staple in many collections and portfolios today. This bullion was minted to help promote South African Gold in the international markets. Interestingly enough, they were never given a face value, but were designed to derive their value from the price of Gold at the time they are traded. The Gold Krugerrand is valued around the world due to its highly sought-after design inspired by history. The majestic springbok seems to be jumping into action on the reverse, while President Kruger is a reminder of 19th century South African political and military affairs.

Krugerrands are designed to be durable since they are minted with .9167 oz of fine Gold with the remaining alloy of Copper. Gold content determines the Krugerrand's value, plus a premium that is dictated by market conditions. The Gold Krugerrand is one of the most widely owned Gold coins in the world and is easily recognizable.