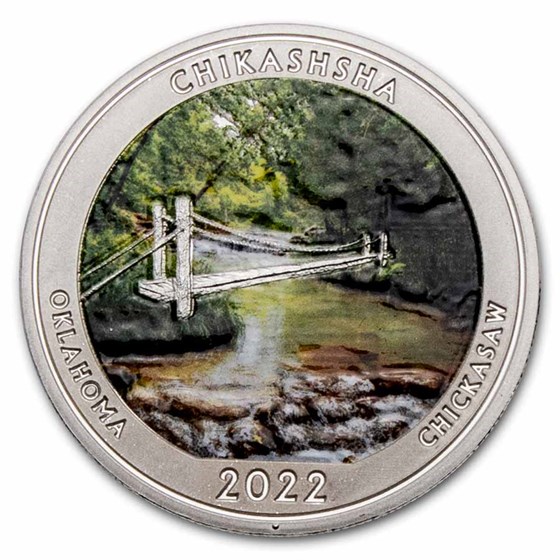 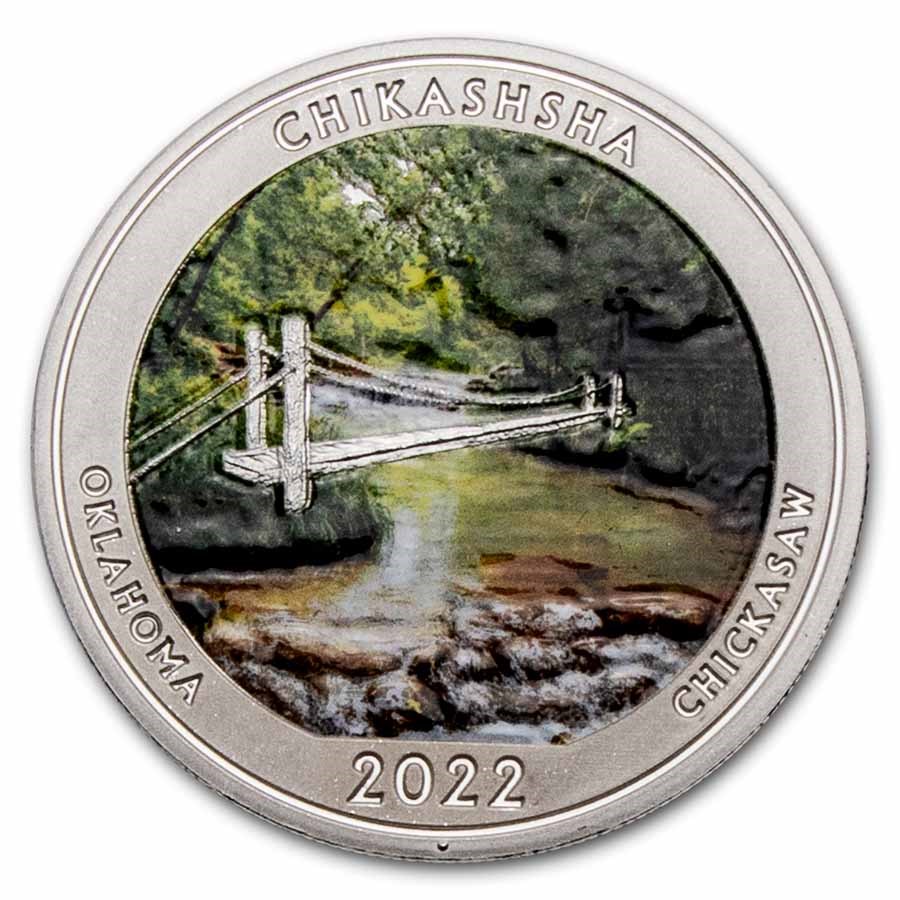 Collect them all! Add this 2022 1 oz Silver Native America the Beautiful Oklahoma coin to your cart today!

About Chickasaw National Recreation Area
Chickasaw National Recreation Area is a national recreation area in the foothills of the Arbuckle Mountains in south-central Oklahoma near Sulphur in Murray County. It includes the former Platt National Park and Arbuckle Recreation Area.The Chickasaw National Recreation Area preserves partially forested hills of south-central Oklahoma near Sulphur. Named to honor the Chickasaw Indian Nation, who were relocated to the area from the Southeastern United States during the 1830s (and who later sold the original 640 acres of land for the park to the Federal government), the park's springs, streams, and lakes provide opportunities for swimming, boating, fishing, picnicking, camping, and hiking, among other activities. As part of the Chickasaw tribe's arrangement with the U.S. government, the park does not charge an admission fee. When the Choctaw and Chickasaw tribes were forced to move from their former lands in the southeastern United States, they found an area within the new Chickasaw nation that contained a number of natural fresh and mineral springs that they believed had healing powers.

The Chickasaw are an indigenous people of the Southeastern Woodlands. Their traditional territory was in the Southeastern United States of Mississippi, Alabama,and Tennessee. Their language is classified as a member of the Muskogean language family. In the present day, they are organized as the federally recognized Chickasaw Nation.The name Chickasaw, as noted by anthropologist John Swanton, belonged to a Chickasaw leader. "Chickasaw" is the English spelling of Chikashsha, meaning"rebel". The state name of Oklahoma is derived from the Choctaw words okla and humma, meaning "honored people". Although "humma" can be defined as "red", Cyrus Byington stresses that the word is usually applied as an honorific that denotes courage and bravery.