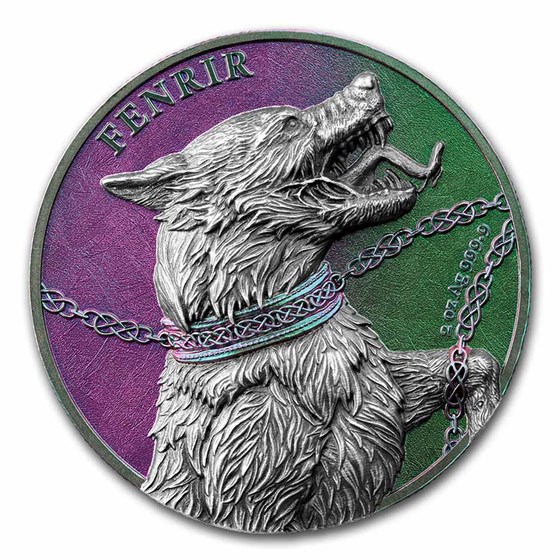 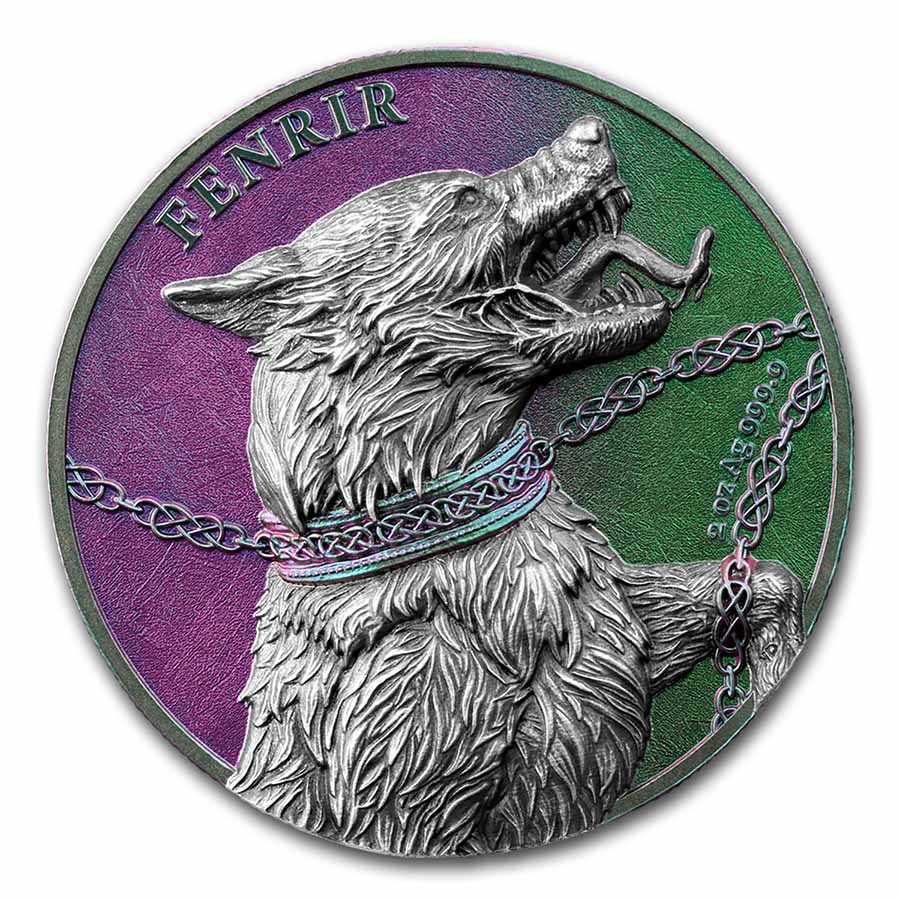 Product Details
Product Details
Germania Mint has established its name and reputation with some of the most unique and sought-after series in the world of collectible rounds.

Germania Beasts
The Germania Beasts program will explore a fascinating and diverse array of legendary creatures. The series celebrates the idea that legends are an important part of every civilization. The rich history of ancient Germania culture contains some of the most terrifying creatures in all of Europe.

For the second release, the mint has selected the Fenrir wolf, an ancient monster currently held prisoner, evident in the shackles on the round. Legend says that Fenrir, who has suffered unimaginable torment at the hands of Odin, will one day be freed by an earthquake and slay his captor.

The design of the round is extremely unique in that the wolf's body is continuous from obverse to reverse. The holder can flip the round and see the continuity of the beast in a shape resembling an infinity symbol.

The bicephalous eagle (two-headed eagle) is a Roman mythology symbol associated with Janus - the god of all origins, guardian of doors, gates, passages and bridges, the patron of contracts and alliances. Heads facing the opposite direction symbolize the past and the future.

Ok I already own 4 of the 1 oz silver Fenrir Wolfs and I bought the two coin case to display both sets which look amazing. These coins are meant to be displayed in one case so why no double case for the even MORE attractive two oz wolf?? Apmex, you need to make the double case for this second series.