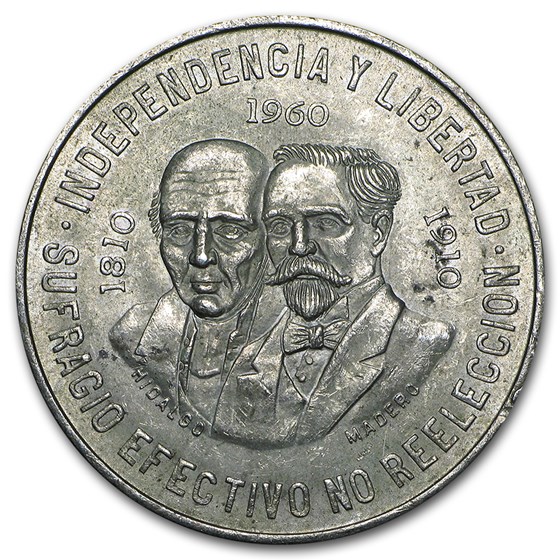 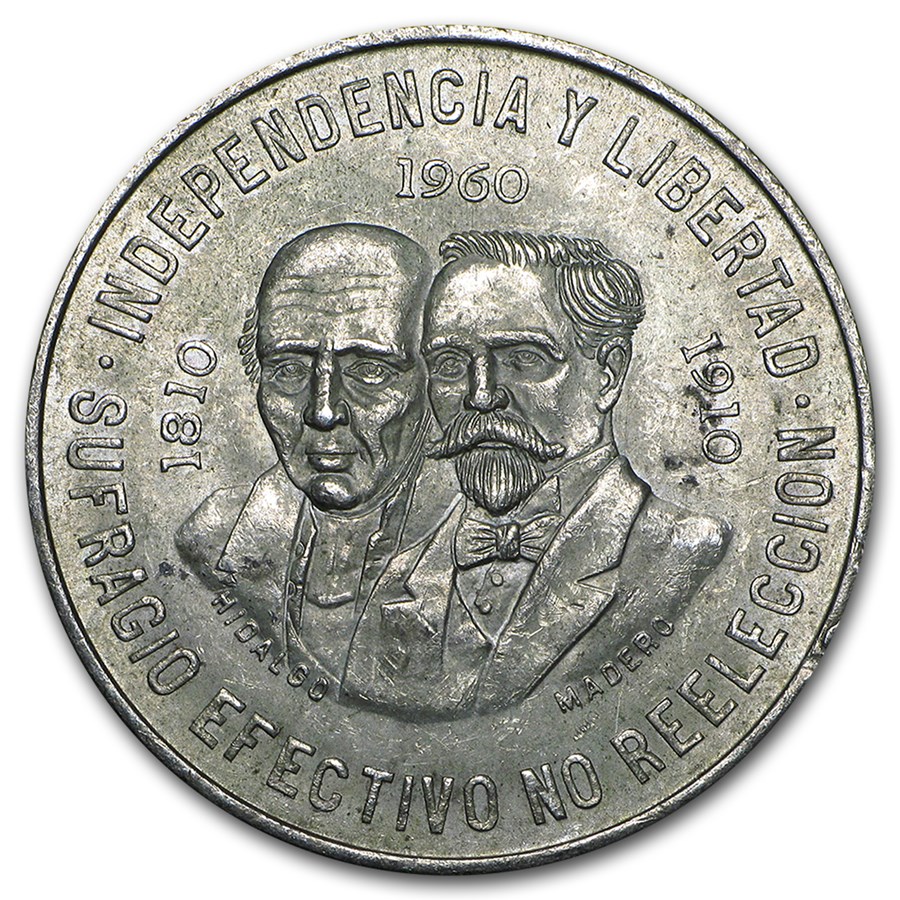 Product Details
Product Details
This one-year type coin was minted to commemorate the sesquicentennial of the Mexican War of Independence. A crown-sized Silver coin, each one contains .8357 oz of pure Silver.

Coin Highlights:
Protect and display your 150th Anniversary of the Mexican War for Independence coin in style by adding an attractive display or gift box to your order.

Don't miss out on adding this one-year type Silver coin to your collection. Add the 1960 Mexico 10 Pesos to your cart today!

Another big 90% coin from Mexico when AMPEX is out of Cuauhtemoc cinco pesos just get some of these. A little bit less silver but they make the same great sound when you flip through a stack of them .