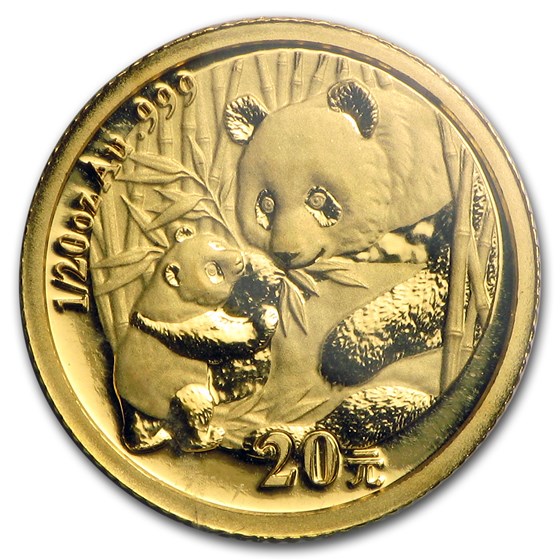 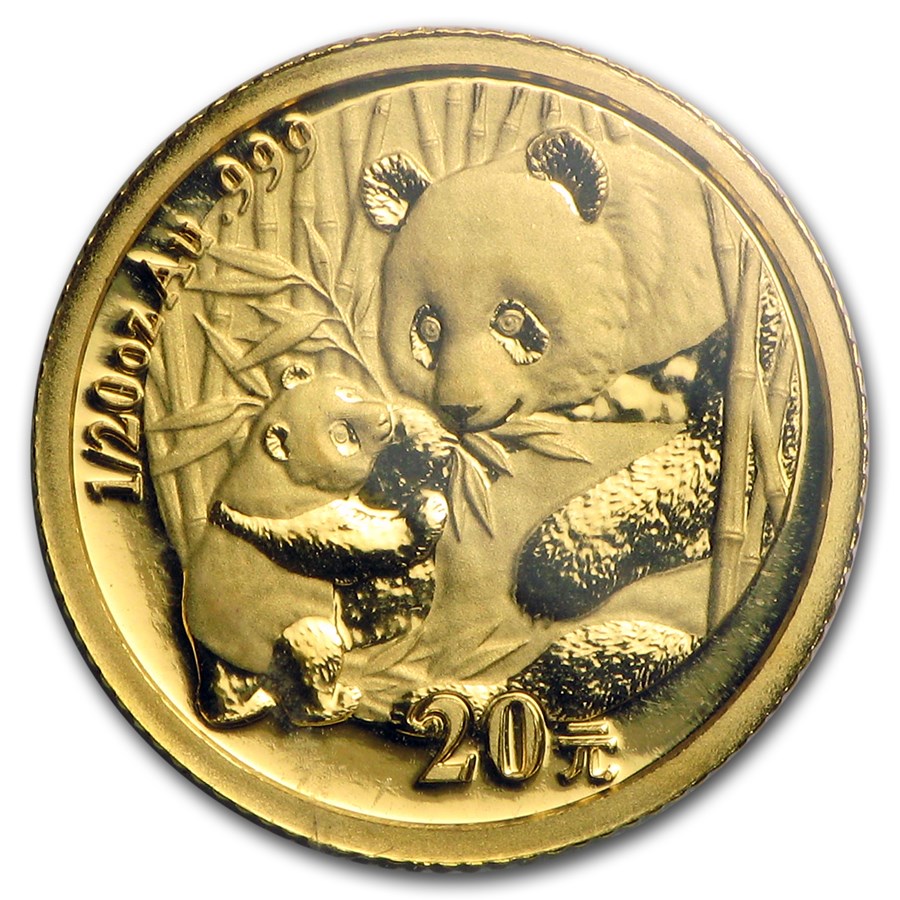 Your purchase is guaranteed to match the quality of the product shown. It will not be this exact item.
Product Details
Product Details
The Gold Panda is one of only a few bullion coins to change designs yearly, adding collectibility to its .999 fine Gold value. The 2005 issue had a mintage of just 89,500 coins, providing further collectible appeal.

Coin Highlights:
This coin is in high demand around the world due to its numismatic value. Add this 2005 Gold Panda to your portfolio today!

The colors stand in stark contrast to one another one the animal's pelt. The panda's calm demeanor was a demonstration of how, when balanced, the yin yang were harmonious and peaceful.
Related Searches