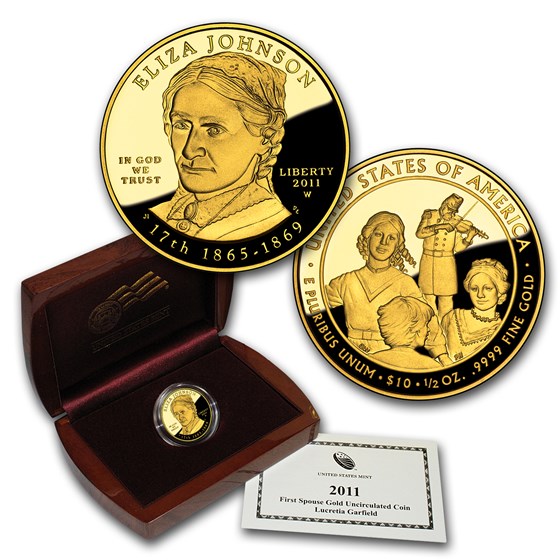 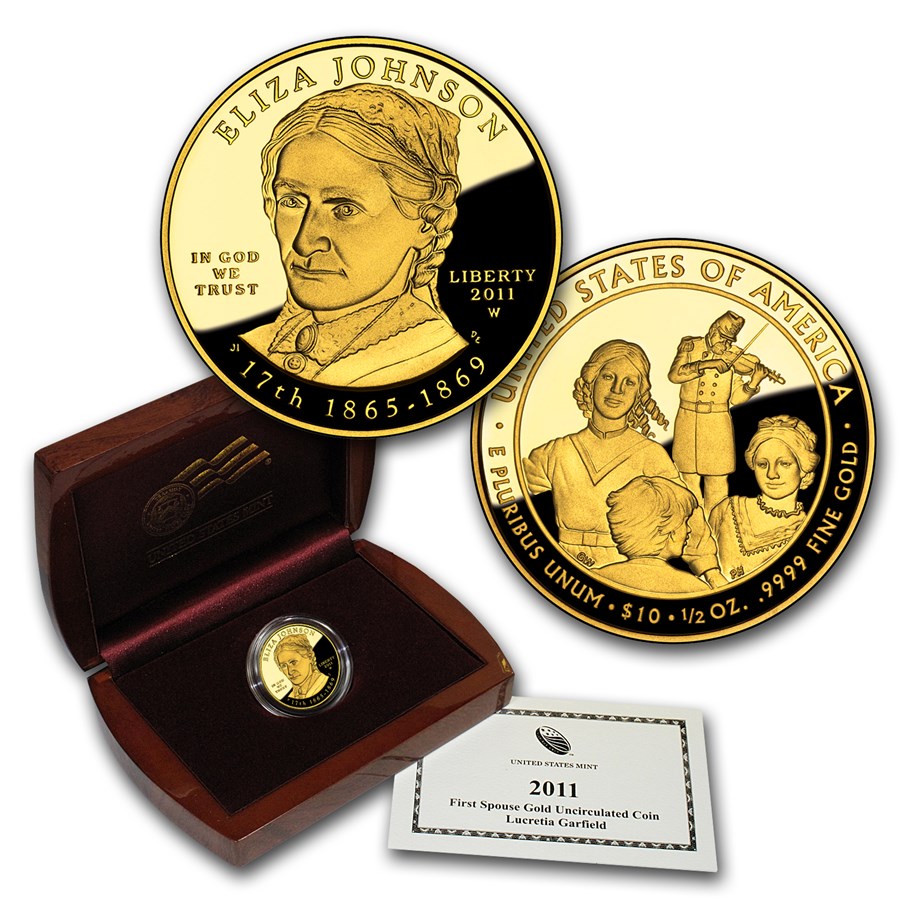 Product Details
Product Details
This First Spouse coin pays tribute to the accomplishments of Eliza Johnson. Each coin contains 1/2 oz of .9999 fine Gold, making their intrinsic value just as exquisite as the design and production.

Coin Highlights:
This series of coins honors Presidential First Ladies who have added so much to our country. Add this 1/2 oz Eliza Johnson Gold coin to your cart today!

Eliza Johnson was born on October 4, 1810, in Greeneville, Tennessee. She was almost 16 and Andrew Johnson only 17 when they met. She married him within a year. In 1868, it was her love of children that led Mrs. Johnson to make a rare public appearance as first lady. During their final days in the White House, the Johnson's celebrated the President's 60th birthday with a ball to which only children were invited.