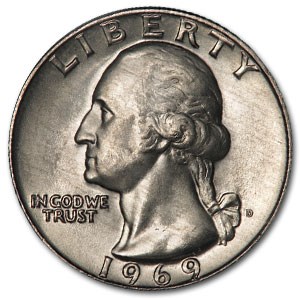 Following the Coinage Act of 1965 that removed all Silver from circulating dimes and quarters, the composition of Washington quarters changed to a pure copper inner layer between two outer layers of cupronickel (a copper/nickel alloy).