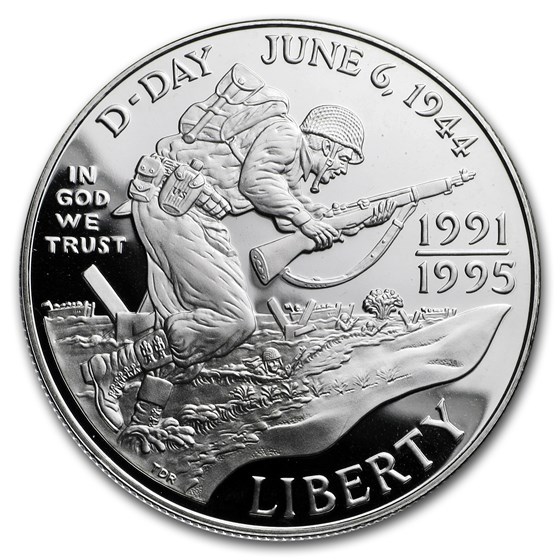 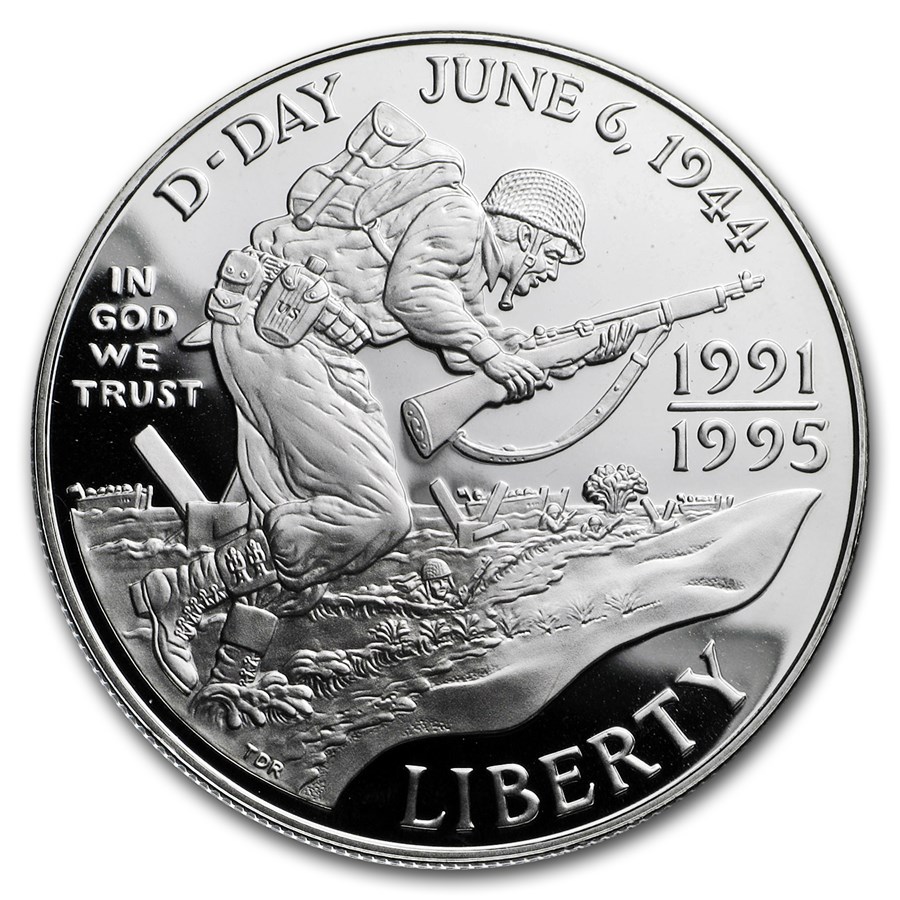 Product Details
Product Details
This Silver coin was issued in 1993 to commemorate the 50th anniversary of America’s involvement in World War II from 1941 to 1945.

Coin Highlights:
Protect and display your World War II Silver Commemorative in style by adding an attractive display or gift box to your order.

Add this WWII $1 Silver Commem to your cart today!

The obverse depicts an American soldier storming the beaches of Normandy on June 6, 1944, known as D-Day. The reverse features a quote from Dwight D. Eisenhower along with sleeve insignia from the Supreme Headquarters Allied Expeditionary Force (headquarters of the Commander of Allied forces in northwest Europe).