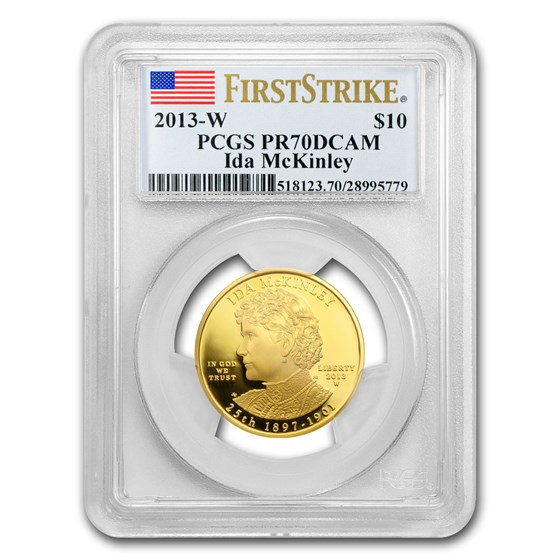 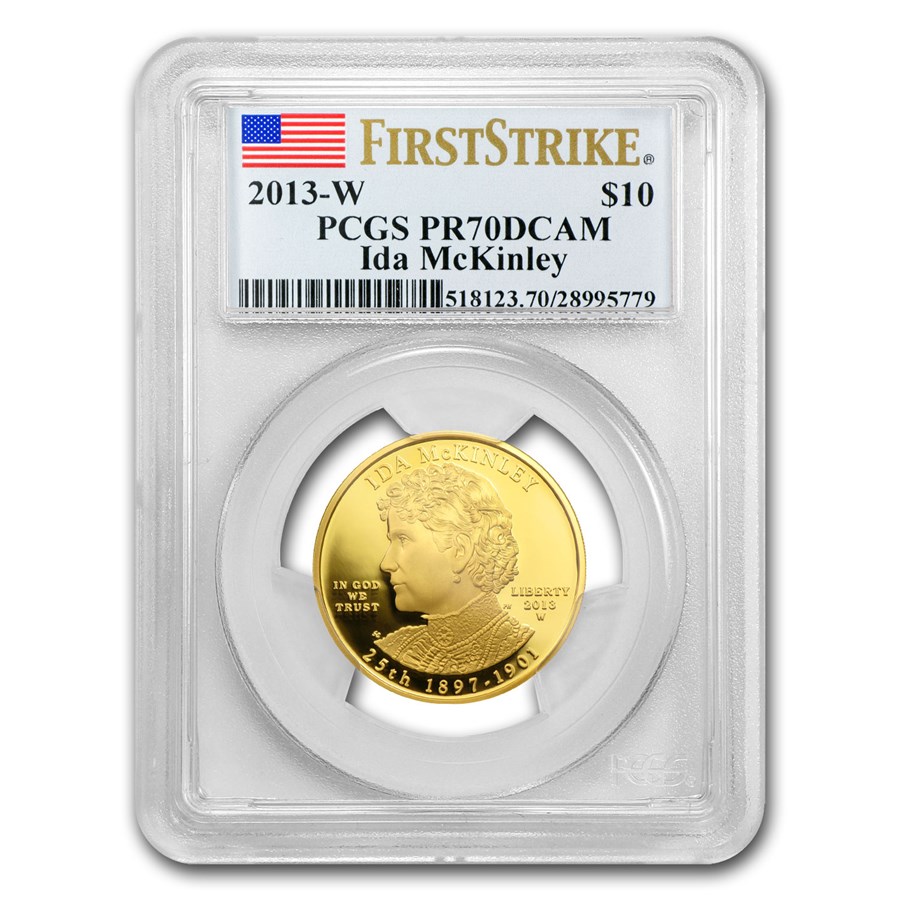 $2,045.99
As Low As
Product Details
Product Details
Only $1,739.00 per coin
These are the first 1/2 oz Gold coins in the U.S. Mint's history that the metal content is .9999 fine. Low mintages offer great collectibility to this series. This coin is an Ida McKinley Gold Proof graded PR-70 DCAM by PCGS.