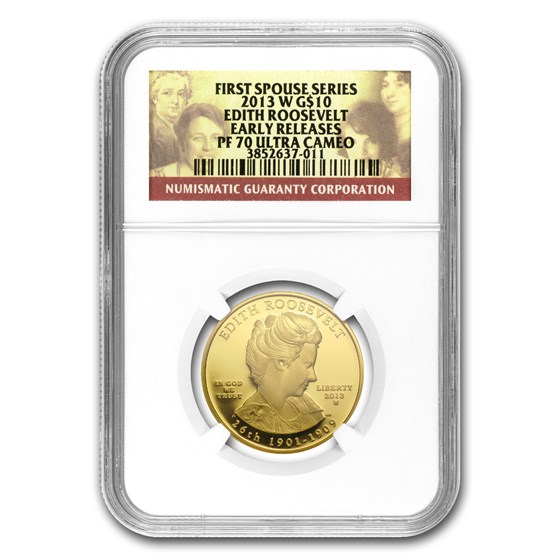 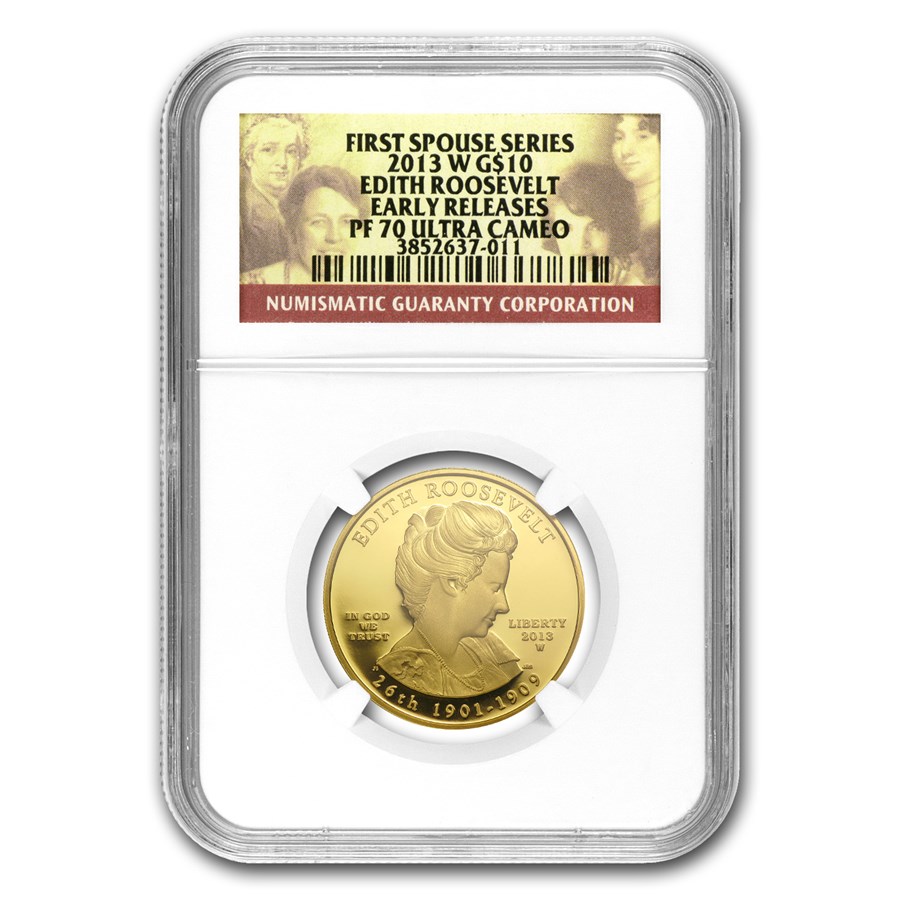 $2,041.19
As Low As
Product Details
Product Details
Only $1,739.00 per coin
These are the first 1/2 oz Gold coins in the U.S. Mint's history that the metal content is .9999 fine. Low mintages offer great collectibility to this series. This is an Edith Roosevelt Gold Proof coin graded PF-70 Early Release by NGC.

Protect and display your 1/2 oz Gold First Spouse coin in style by adding an attractive display or gift box to your order.

Edith Roosevelt was Teddy Roosevelt's second wife, as his first wife died after birthing their first child, Alice. Teddy was so distraught over the loss of his wife that he hardly spoke of her for the rest of his life, even to Alice. Roosevelt quickly began courting Edith, whom he had known since he was a child, as Edith and his younger sister were childhood playmates. They married a year and a half later after enough time had elapsed for appearance's sake. Edith was troubled by the appearance of the Executive Mansion and decided to completely remodel the family's living quarters. It was also during this period that the Executive Mansion's name changed to the White House, which is depicted on the reverse of this .9999 fine Gold coin.