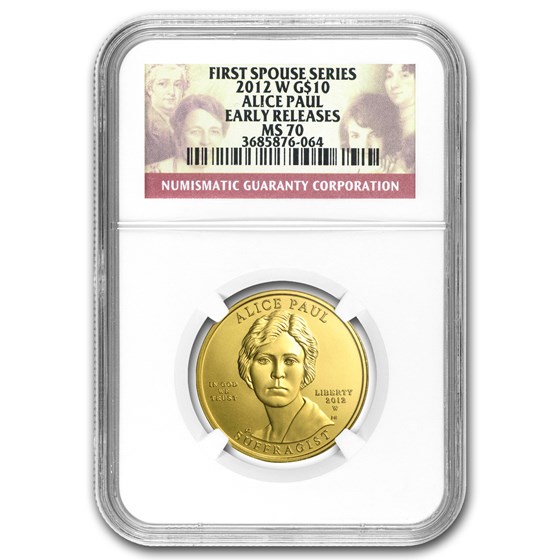 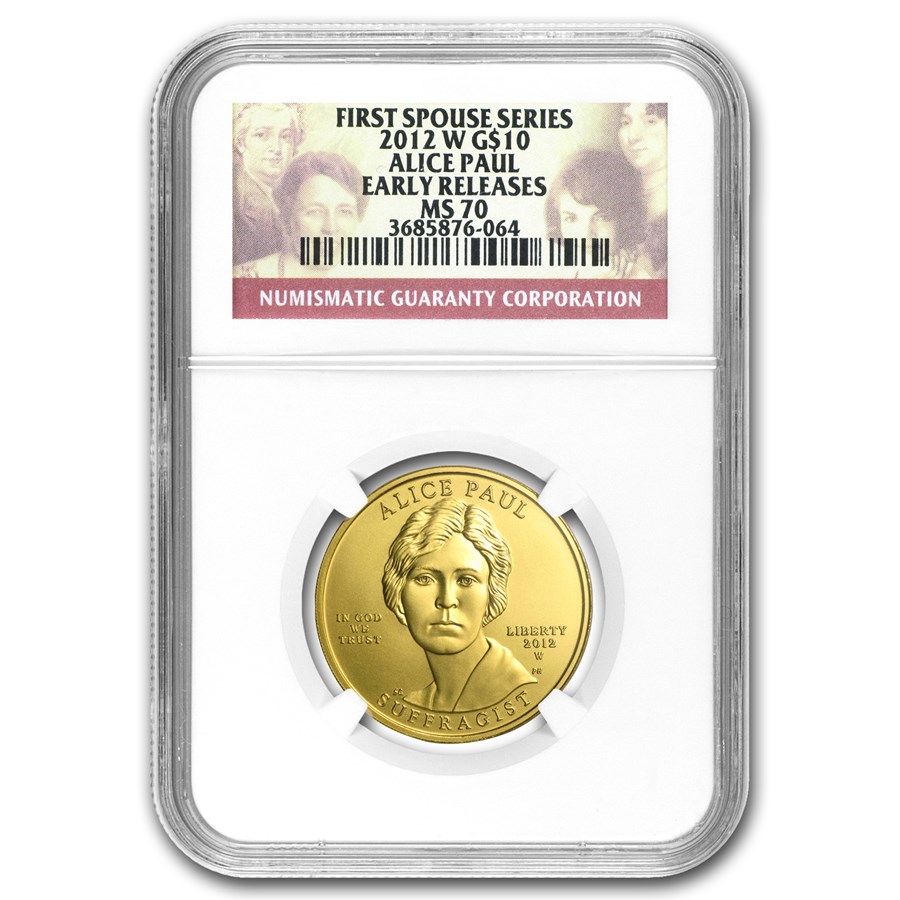 $1,927.59
As Low As
Product Details
Product Details
First Ladies have made many contributions to their husband's presidency. This First Spouse coin pays tribute to the accomplishments of the beloved Alice Paul.

Coin Highlights:
This series of coins honors Presidential First Ladies who have added so much to our country. Add this 1/2 oz Alice Paul Gold Coin to your cart today!

Alice Paul has the distinction of being the only woman featured on a First Spouse Gold coin that was not a Spouse of the President of the United States. In fact, the only relation between Chester A. Arthur and Alice Paul is that she was born during his Presidency. Prior First Spouse releases have had a representation of Liberty as depicted in coinage during that president's term if that particular president was a widower or was not married during his presidency.

Alice Paul grew up in a Quaker household and studied in England where she became a very active suffragette. By 1912, Paul had earned a PhD from the University of Pennsylvania and served as chair of the National American Woman Suffrage Association. However, due to the movement's lax agenda, she formed her own more militant congressional union for women's suffrage with Lucy Burns called the National Woman's Party. This became one of the first groups to ever picket the White House.

Due to her actions she was jailed and chose to fast in protest while in confinement. After women won the right to vote with the 19th Amendment in 1920, she devoted the rest of her life to help gain equal rights for women. Alice Paul died at the age of 92 in 1977.