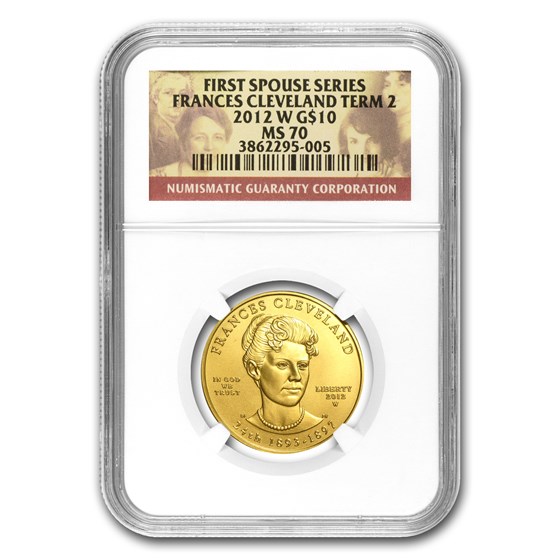 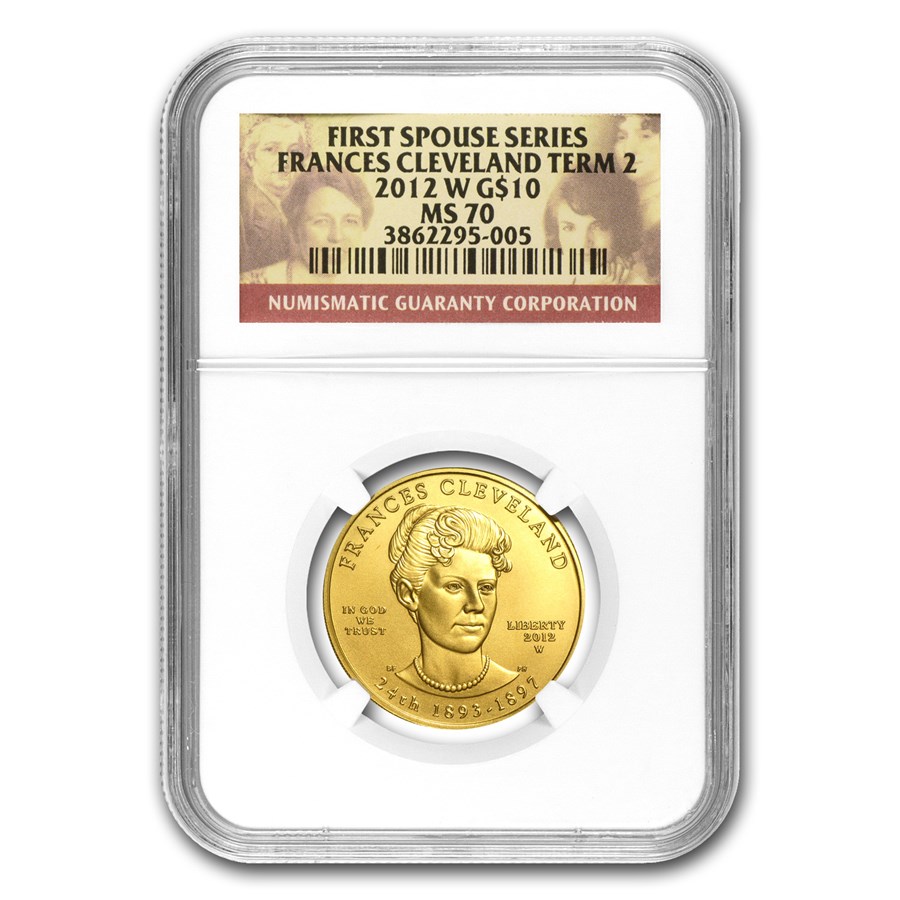 Product Details
Product Details
First Ladies have made many contributions to their husband's presidency. This .9999 fine Gold coin honors the First Lady, Frances Cleveland. This coin is graded MS-70 by NGC.

Coin Highlights:
Protect and display your Gold First Spouse coin in style by adding a presentation box to your order.

These coins honor Presidential "First Ladies" who have added so much to our country. Add this 1/2 oz Gold First Spouse Coin to your cart today!

An only child, Frances Cleveland was born in Buffalo, New York in 1864. Her father's partner, Grover, bought her first baby carriage and doted on her as if she were his own. After her father's death, Grover carefully guided her education as she entered Wells College. With Mrs. Folsom's permission, Cleveland continued to correspond with her and continued to shower her with gifts and flowers. Soon, affection turned to romance and the couple were wed at the White House in 1886. During her husband's second term she remained in public favor and had become one of the most popular women ever to serve as hostess.