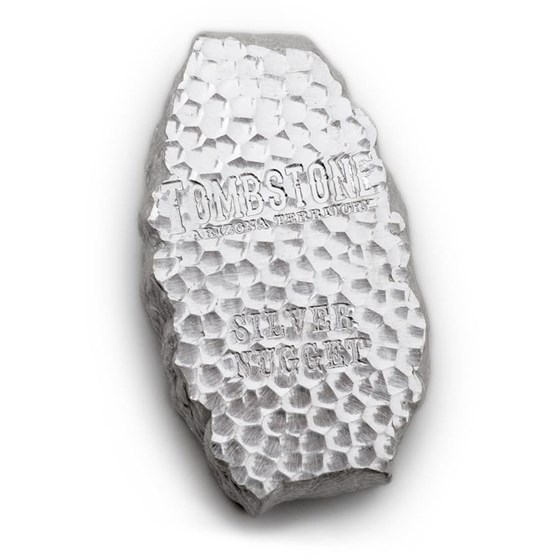 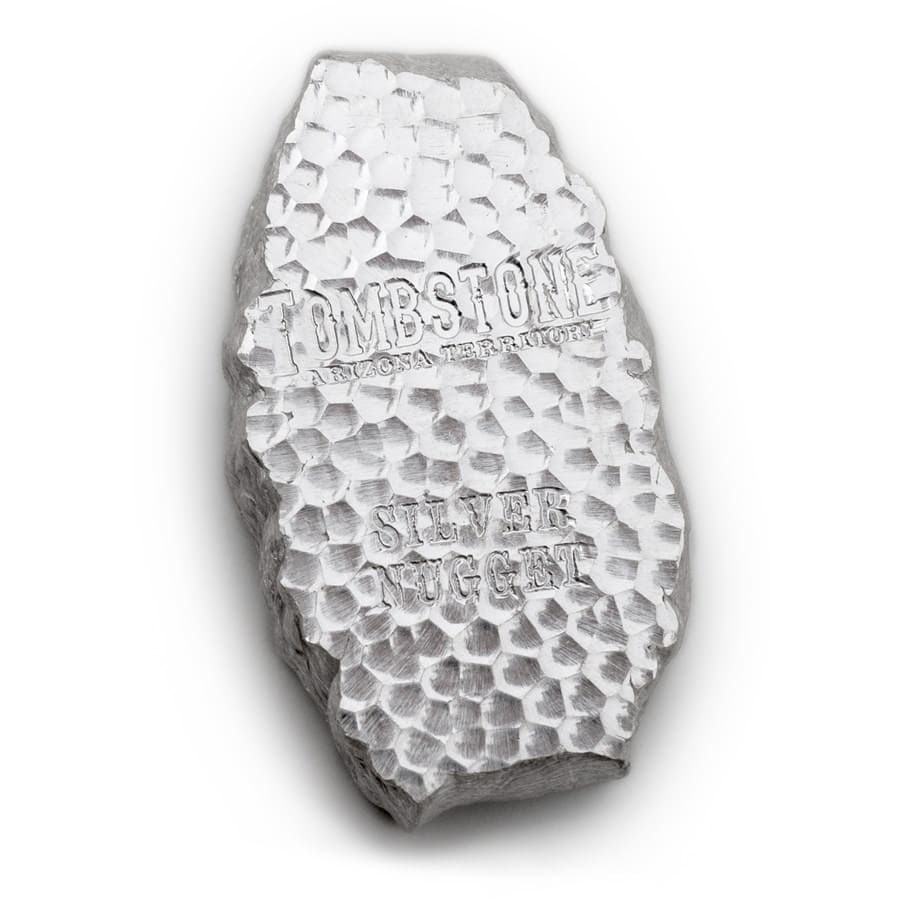 Product Details
Product Details
Only $9.99 per oz over spot
The Old American West has much history and folklore that has carried over generations, and these Silver bars continue this interest. Each bar has slightly different shapes, features and personality, adding further interest to the .999 fine Silver content.

Bar Highlights:
These Tombstone Silver bars are crafted so each one has a slightly different shape, feature and personality. Add this unique 5 oz Silver bar to your cart today!

In touch with the West

Found it to be a great homage to old western silver mining and carries a great historical value in respect to Tombstone AZ. Great collectors nugget. Thank you Apmex.

I ordered this as a gift for my father-in-law. I always buy the lowest premium bars for myself but the design and finish of this piece now have me considering the value of asethetic in addition to the inherent beauty of precious metals. Rugged yet beautiful.

A beautiful piece by Scottsdale, this chunky piece of silver is very unique and unlike any other. It's a great addition to your silver collection. 5 oz of beautiful silver, the edges are different every time, you will not regret buying this piece. The five ounce is a nice chunk of silver, the 10 ounce is one BIG piece of silver, the kilo is expensive, but well worth it. Thanks again apmex for your fast delivery, you guys do a great job! Scottsdale makes beautiful pieces, apmex gets it to you quickly!

Ugh I was a sucker for this beautiful bar. Premiums like it was going out of style.

Awesome looks good on my desk.

I like oddball pieces and this fits the bill.

A nice conversation piece of history. A little pricey but a good long term investment item. Maybe my granddaughter will someday get a nice return.

I bought 1 of these initially and when I received it, I immediately ordered 9 more. Super cool piece of silver and each bar is slightly different around the edges from each other.

Posted By:Silver only knocks once

It's a shame really as these will to any holding into the upcoming stock market.So that being said...a little bit higher premium over other sliver holdings.But you know what they say silver in one hand is worth far more then the paper shredder wealth in the other.