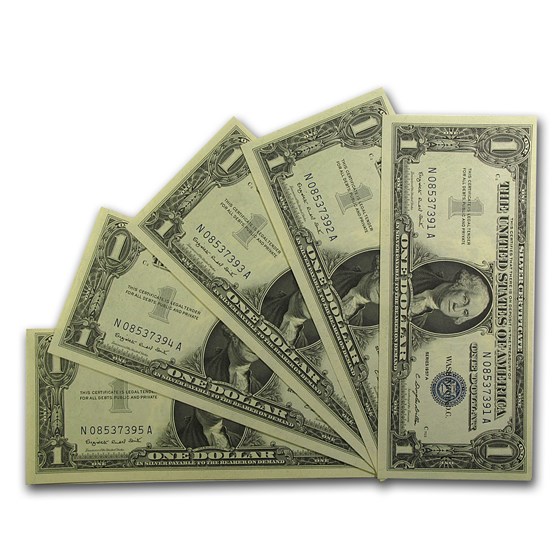 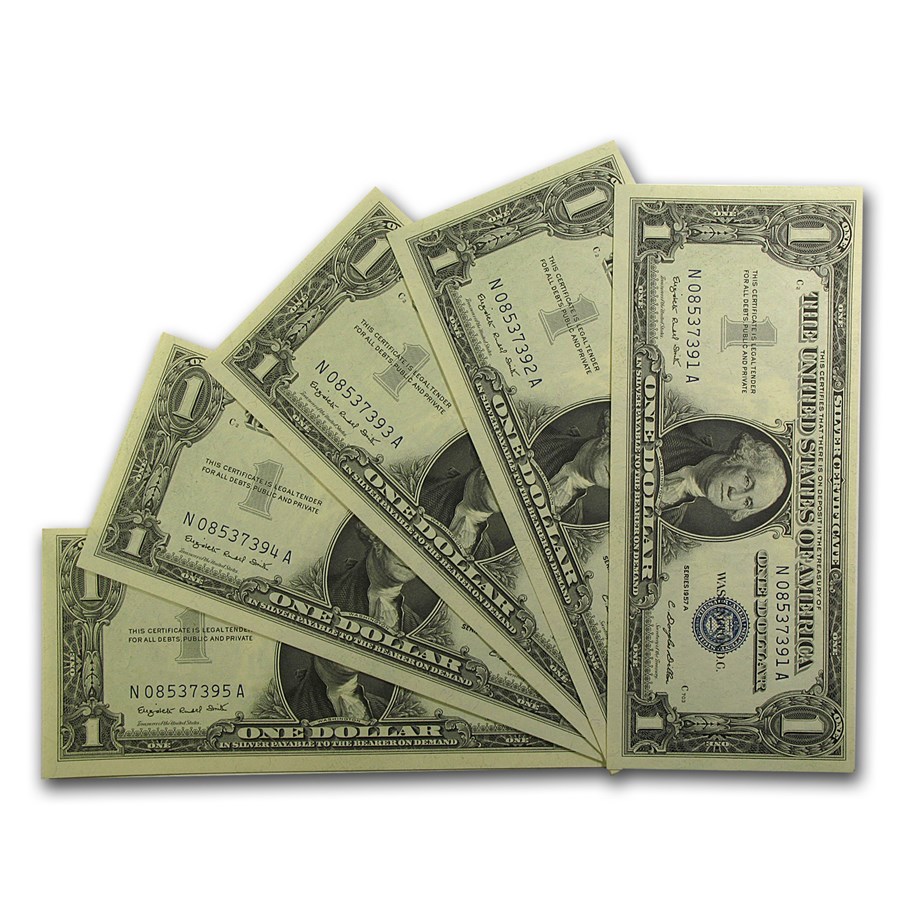 Product Details
Product Details
This lot of 5 Consecutively serial numbered Series 1957-A $1 Silver Certificates notes in Uncirculated condition is a nice addition to any currency collection.

Currency Highlights:
Series 1957-A were the next to last $1 Silver Certificates printed. Add some of these great conversation pieces to your cart today!

Although many of these series were printed in the billions, Crisp Uncirculated examples of these Silver Certificates, the newest of which are at least 50 years old, are not that easy to find! These were the last Silver Certificates issued, and believe it or not, the last denomination to be replaced with Federal Reserve Notes beginning in 1963. The Treasury Department stopped redeeming these notes for Silver in June of 1968, but they remained legal tender. Although over 1.5 billion were printed, consecutively numbered examples in Crisp Uncirculated condition are hard to find!

very nice Choice Crisp and uncirculated. liked them so much I bought the last 2.