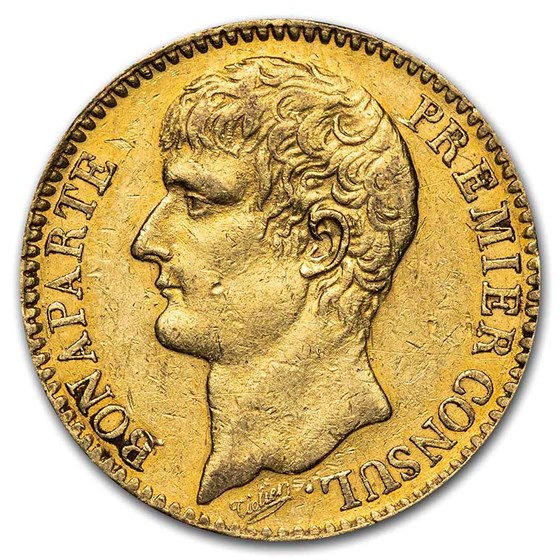 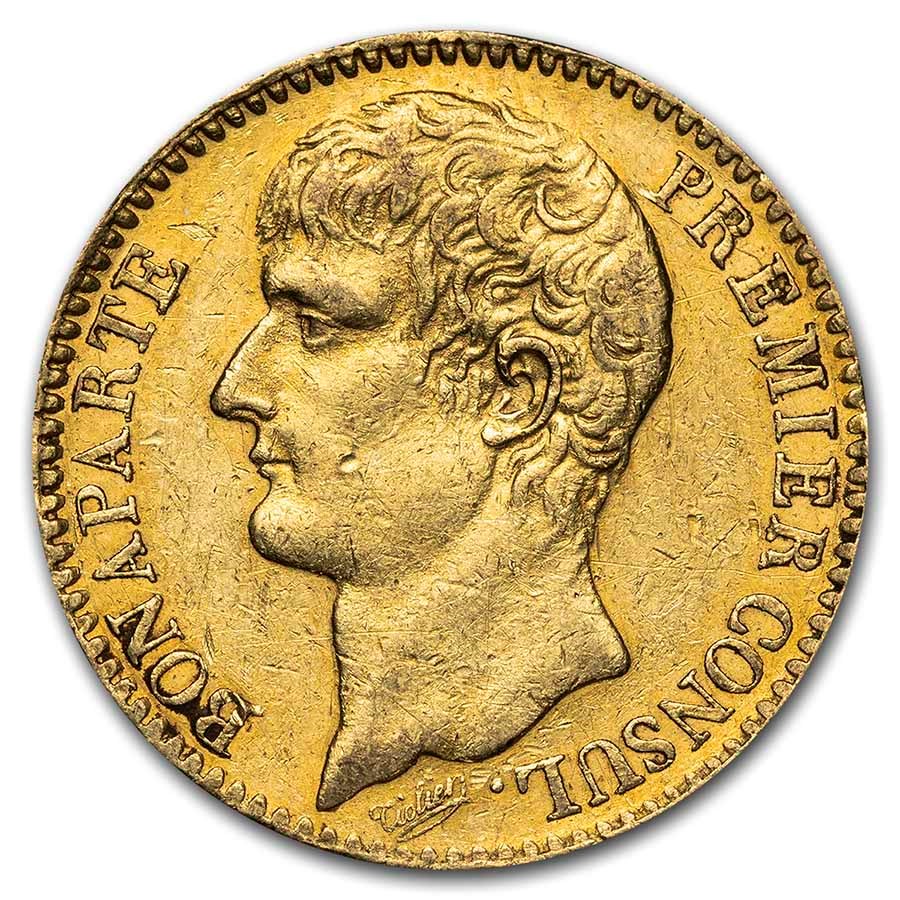 Your purchase will match the quality of the product shown. Dates will be of our choosing and may or may not vary, determined by stock on hand.
Product Details
Product Details
The bare head of Napoleon as Consul appears on the obverse of this scarce issue of the Paris Mint. A rarely encountered type from the era of Napoleon Bonaparte when he served as First Consul from 1799-1804.