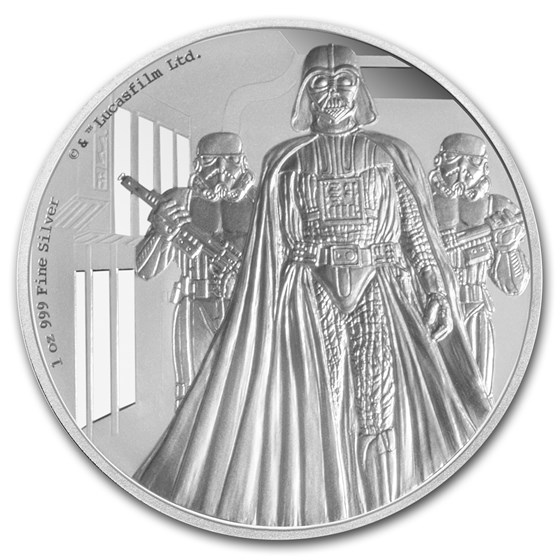 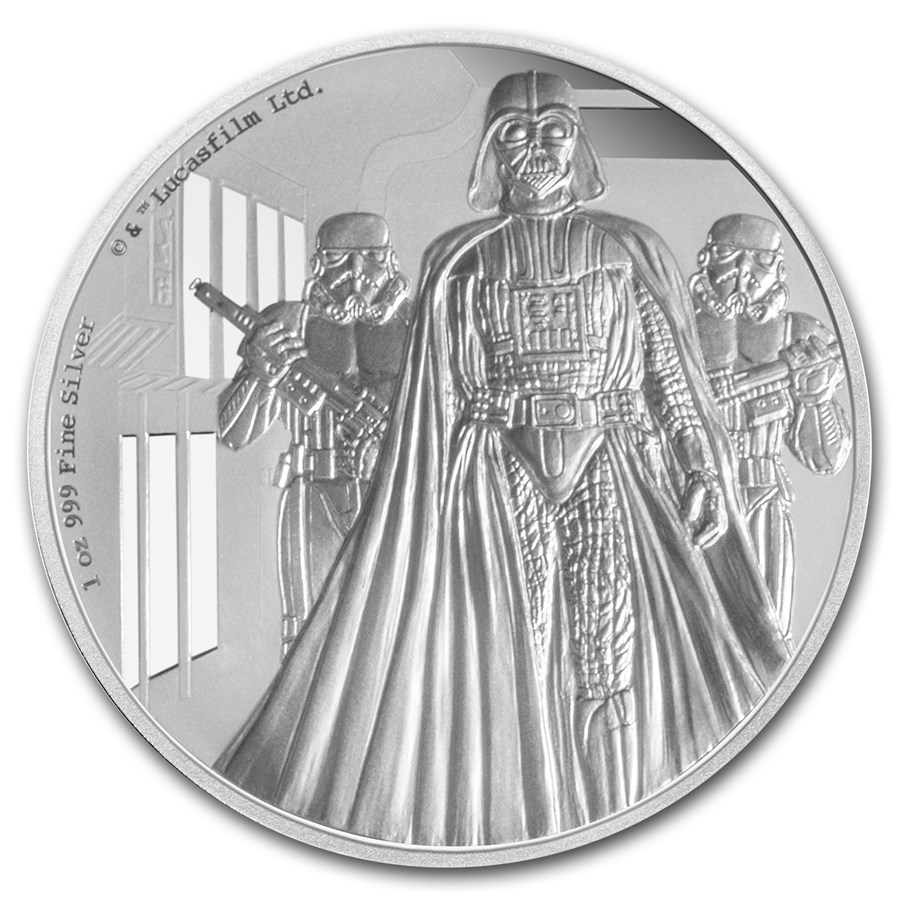 Coin Highlights:
Be sure to grab this highly collectible coin immortalized in .999 fine Silver. Add this 1 oz Star Wars Darth Vader coin to your cart today! And may the Force be with you!

I bought the one ounce silver Han Solo coin first which I was very happy with. For about 120 American dollars I got the Darth Vader coin one ounce silver Define intricate detail in the Darth Vader coin is spectacular it really puts to shame the Han Solo coin I know the Han Solo coin what is a little more than half the price butt equality just isn't there in the Han Solo coin I was extremely happy with the Darth Vader coin I know where the extra money went my one complaint with these coins is is that I enjoyed touching the coin and these coins are ultrasonic Glee sealed in their plastic containers which I don't agree with it all I bought the great white shark coin which I love and I brought it to My Jeweler because it has the holes in it and he made it into a necklace with some silver strapping and now I can wear the great white shark coin on my neck which I love all in all I'm very happy with all the coins I just wish I could touch them without destroying their containers worth every penny thank you and have a great

Awesome coin and beautiful 2!! I just got mine today and it's just awesome !!

What's not to love?

A rippin' cool coin of the Icon of Icons. Nice job on the design. How many Darth Vaders and Stormtroopers can I get? Ever one more...

The display case is very nice and fitting for what you think a Star Wars coin should come in!

The product has a low mintage and great display box to highlight the coin. A nice addition for a fan of Star Wars.