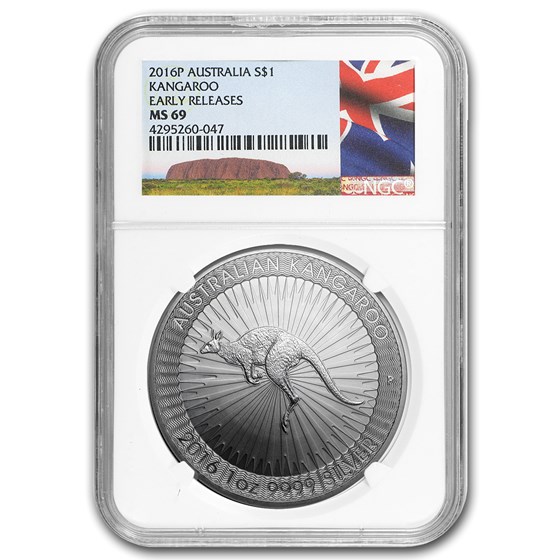 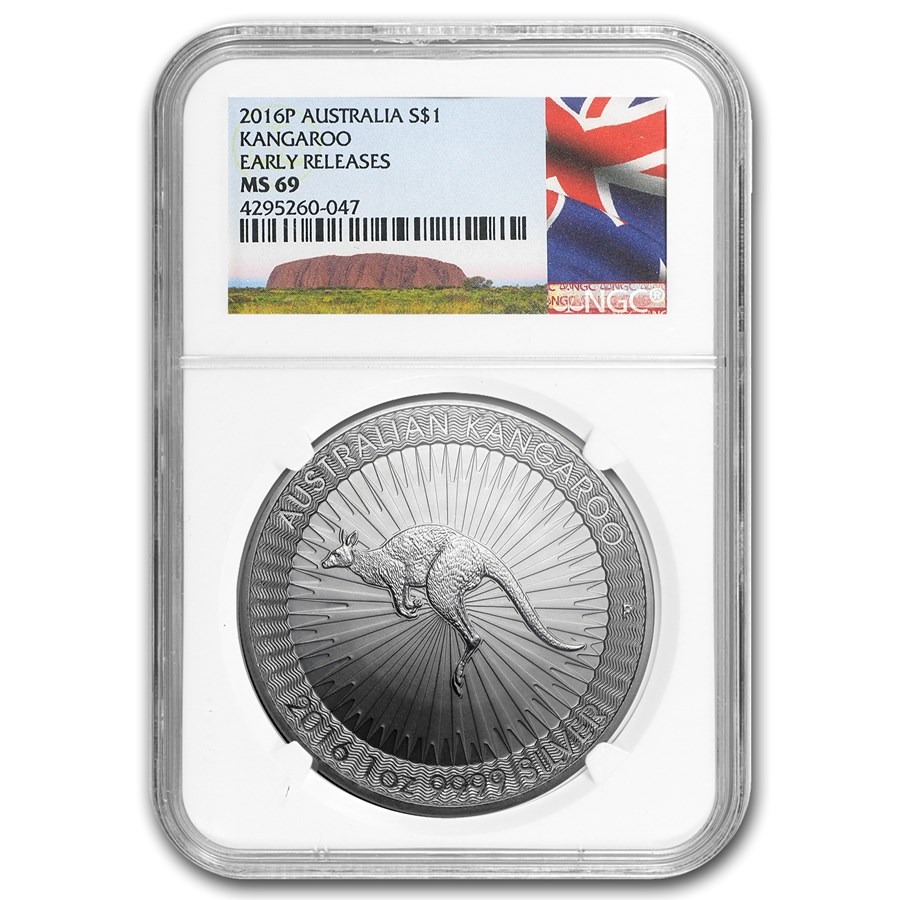 Your purchase is guaranteed to match the quality of the product shown. It will not be this exact item.
Product Details
Product Details
This first-ever Silver Kangaroo bullion coin has been graded an MS-69 Early Release by NGC. Struck in .9999 fine Silver, this Australian Silver coin is sure to be an instant worldwide success.

Add this graded 2016 1 oz Silver Kangaroo from the Perth Mint to your cart today!