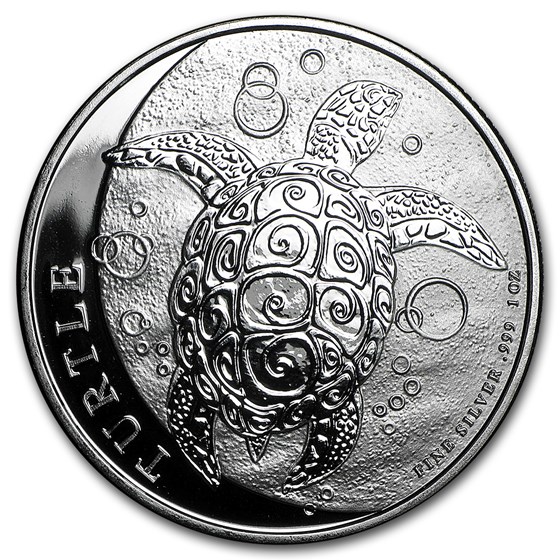 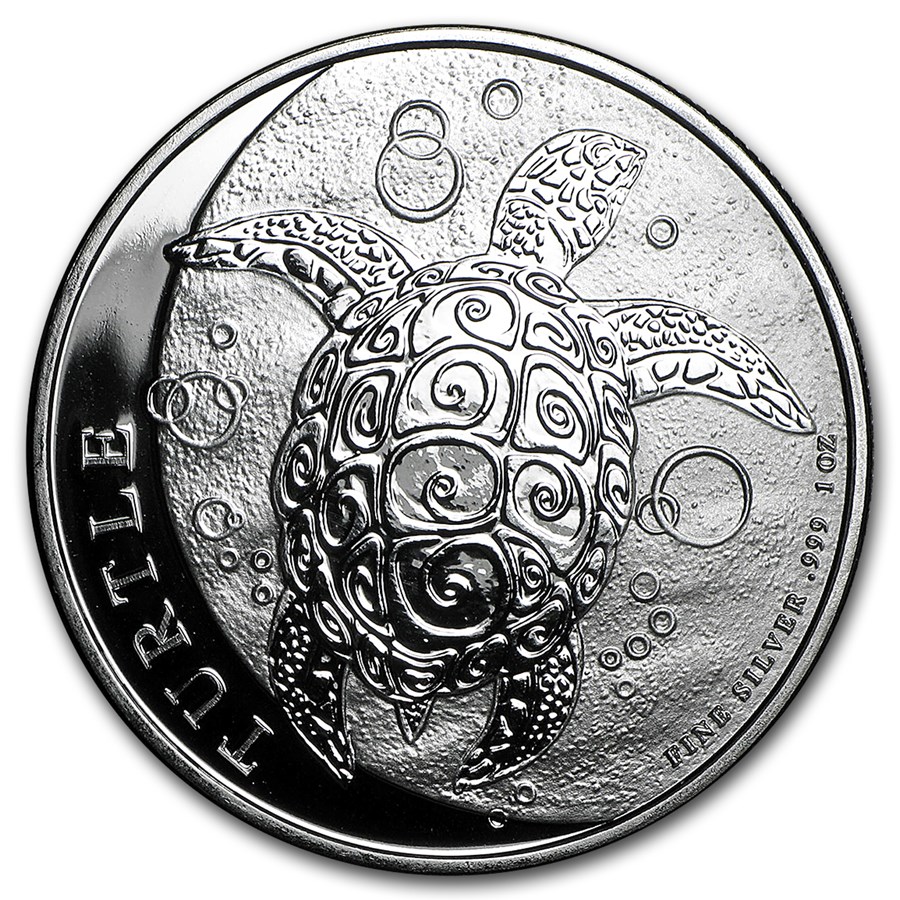 Product Details
Product Details
This coin is a continuation of the Silver Taku series from the New Zealand Mint that has grown tremendously in popularity in its brief existence. The coin combines the appeal of 1 oz of Silver with an elegant design that captures the beauty of the ocean.

With a sleek design and low mintages for bullion, these coins tend to move very quickly. Add this 2016 Hawksbill Turtle to your cart today!

Love this design, fabulous artwork and nice addition to my collection.

A beautiful piece of art design.

The artist put great detail in the Shell of the turtle. This is a gift for a little boy who loves turtles.

Beautiful coin. No issues with APMEX. This was my first order with this company and everything went flawless. Will definitely be doing more business in the future.

My wife and I both agree this is a good looking coin. Thinking about getting a larger version to go along with this one.

The turtle design is plan but for some reason attractive to the eye.

I purchased this coin because I like the turtle and the different design style around the edges. It arrived in perfect and BU condition, as stated. I love the turtle and detail. There are no issues on my coin and I am glad I purchased it! APMEX delivered the coin in a flip, fast and secure! Buy with confidence!

I bought a few of the animal coins for my kids to get them started in collecting silver coins. They love the coins.

I ordered 20 coins because I liked the design. These coins are beautiful and the picture on the website doesn’t do it justice. The coins are in excellent condition and exceeded my expectations. I am extremely happy with my purchase and how fast my order was shipped. I plan on adding more to my portfolio.